Cult statues of ancient Claros to be restored in western Turkey 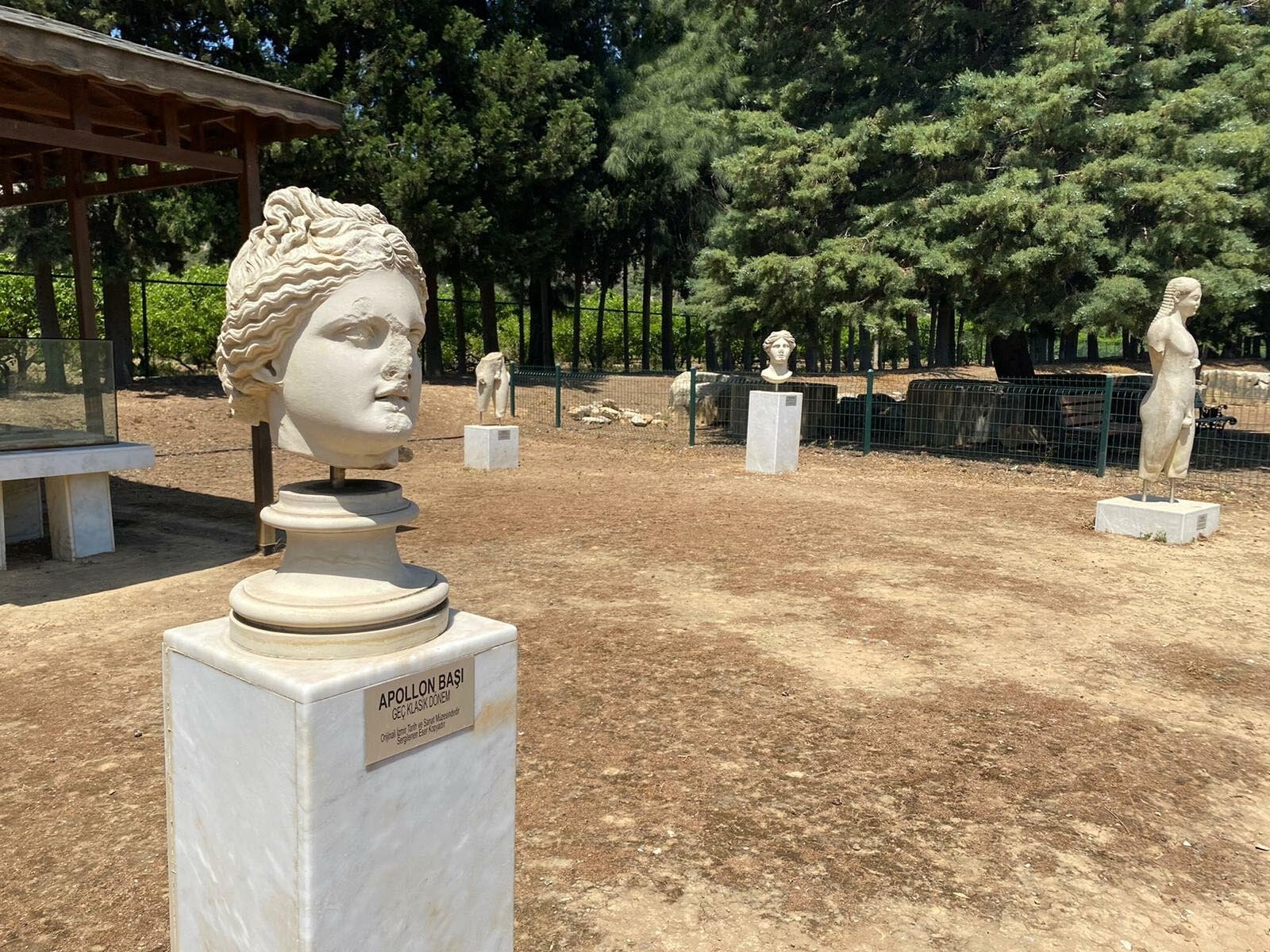 Excavations in Claros, the oldest center of prophecy in the world according to archaeological data, will continue for 12 months with the support of the Presidency of the Turkish Historical Society in the Menderes district of western Izmir province. As part of the latest excavation works, the cult statues of the archaeological site will be restored with the unearthed pieces.

Claros Excavation Scientific Advisor Onur Zunal said that the site will reveal significant information about its period and added: "There are three important oracle centers that we know from the ancient period. One of them is the Temple of Apollo in Didim district of western Aydın province, the second is the Temple of Apollo in Greece, and the third is Claros. According to archaeological studies and scientific data, Claros is the oldest among these three prophecy centers."

The inscriptions unearthed in Claros as a result of the research also prove Zunal’s words. According to these inscriptions, many prophecies were made on this site in ancient times. Zunal gave more information about the prophecy tradition in Claros. "The oracle communicated with the gods and asked them questions on behalf of people. He sent the answers to the secretariat. Then the answers were written on the stones found here. Many actions like establishing a city and entering a war were done with the permission of the gods. Noble, rich people came here for their personal problems."

Explaining that the temple in Claros, which is estimated to have been founded in the 13th century B.C., was seen as the house of the gods, the advisor continued: "The greatest prophecy about Claros is related to the foundation of Izmir. After taking the city of Smyrna, Alexander the Great is said to have fallen asleep in the hilltop castle of Kadifekale here. In his dream, the goddesses tell Alexander to found a new city and apply to the oracle of Apollo in Claros. The city was built in accordance with the answer received from here."

Being the oldest-known center of prophecy contributes to the development of faith tourism in Claros. Despite being 80 kilometers (50 miles) away from the city center in Izmir, Claros has an intense tourist potential and hosts an average of 2,500-3,000 people in the summer months.

Traces in the ground

Mentioning the excavation and restoration work in the ancient site, Zunal also said that the replicas of the artifacts unearthed in Claros are displayed in the arkeopark area of the archaeological site. “In the temples of the site, we found many 13-14-meter (42-46 foot) cult statues belonging to the deity Apollo, his sister Artemis and their mother Leto. As part of the latest work in Claro, we will restore these cult statues and showcase them for history enthusiasts.”

Noting that they have also discovered altars in the center of temples, he said that people coming to worship at that time made diverse offerings to gods including animals, terracotta artifacts and metal finds in these places. According to Zunal, some ceremonies were also held in the prophecy center. “Sports and competitions and dance performances were organized during the ceremonies. As the ancient people wanted to please the gods with the fear of being punished by them, they also organized bloody sacrificial ceremonies. Therefore, they expected protection from the gods by making offerings to them.”

He added that they have also discovered some statues honoring important people in Claros. These statues were different from the deity statues at the site. "For example, there is also a statue of honor belonging to one of the rulers of the period. Therefore, we understand that these statues were made for propaganda purposes. Thanks to these sculptures, it was shown that the support of the public was received."