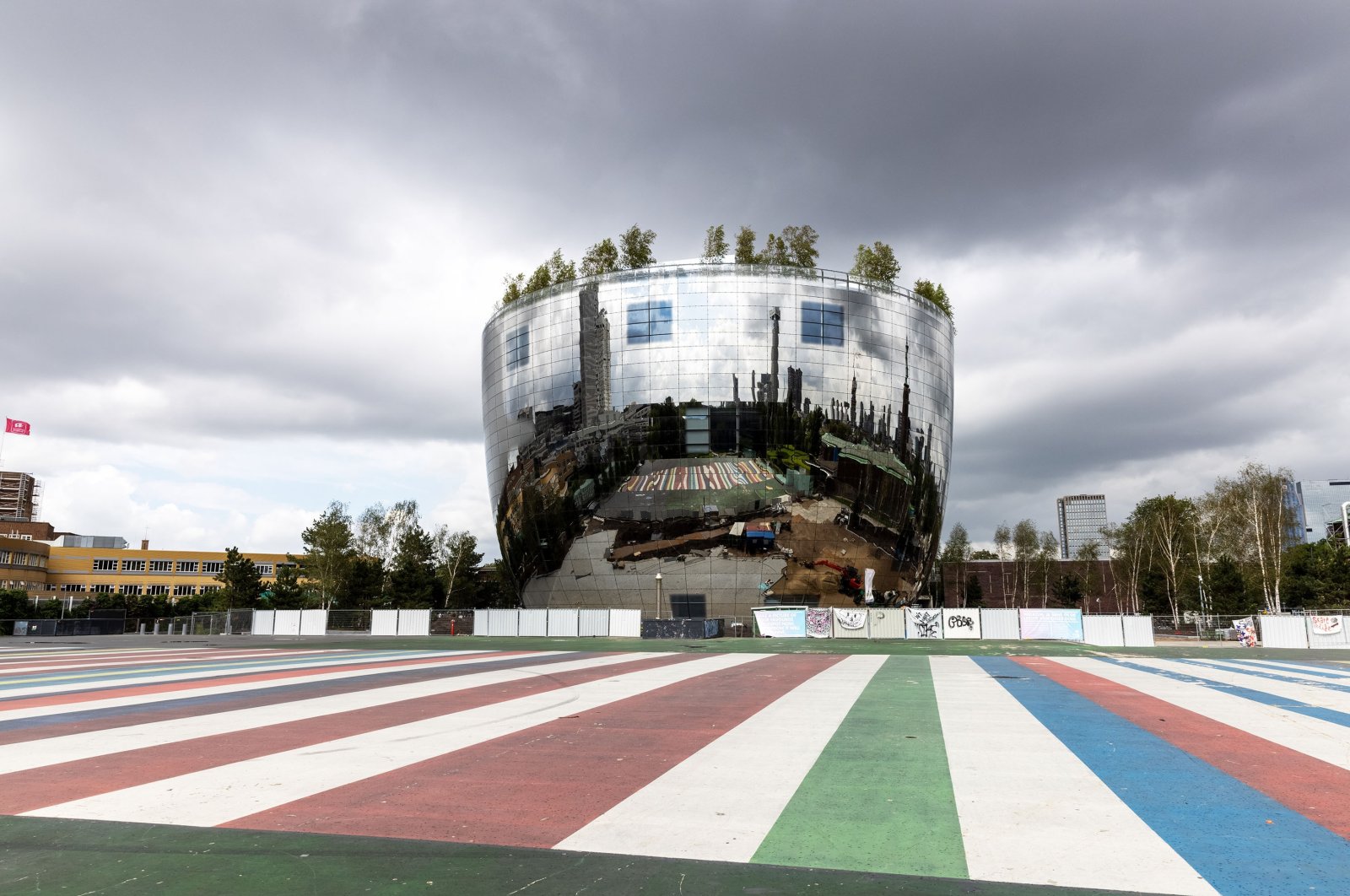 A view of the new mirrored facade of the art storage depot of Museum Boijmans van Beuningen, Rotterdam, the Netherlands, August 2021. (Shutterstock)
by German Press Agency - DPA Nov 15, 2021 10:00 am
RECOMMENDED

A new mesmerizing attraction was added to the spectacular skyline of Rotterdam, a major port city in the Netherlands. Depot Boijmans Van Beuningen serves as the world’s first publicly accessible art storage facility.

Museums typically display at most 10% of their entire collection to the public. The rest is usually preserved off-site in some remote depot. But the depot of Museum Boijmans Van Beuningen, built next to the museum itself in Rotterdam’s Museumpark, is letting visitors see everything.

The precious collection of the Museum Boijmans comprises some 151,000 works spanning seven centuries. Paintings, photographs, sculptures, designs, drawings and prints are stored, conserved and restored in this archive – before the eyes of visitors.

"The depot is the engine room of the museum," director Sjarel Ex said at the unveiling of the building. Visitors can look behind the scenes and get an impression of the collection at the same time.

The previous depots were inadequate and, above all, no longer safe for the collection, which is estimated to be worth more than 8 billion euros (9.1 billion dollars).

The museum building had been hit by floods several times. It is currently undergoing extensive renovation, but in light of the increasing danger of flooding due to climate change, storage in basement rooms was not an option.

Director Ex wanted a publicly accessible depot. Normally, museums only show 6 to 10% of their collection to visitors, he said.

"We want to share the whole collection with everyone." The artworks are not displayed as they would be in the museum itself.

They hang on large sliding metal grids, lie in drawers or on shelves.

The building in Museum Park Rotterdam was designed by the internationally renowned architectural firm MVRDV.

Architect Winy Maas chose its round shape. "The depot should be open and inviting from all sides."

The remarkable building has a base that's much smaller at the bottom than at the top, resembling a giant egg cup. The architect said he was inspired by a metal fruit bowl from a cheap furniture store.

The fully mirrored facade reflects the Rotterdam skyline and the trees of the park. "The building blends in with its surroundings," Maas said. Trees were also planted on the 35-meter-high (115-feet-high) roof terrace.

Central to the interior are the wide staircases. They lead crosswise through the atrium, six stories high. From the stairs, you get a view of 13 floating glass showcases containing works of art. Among them are a painting by Carel Fabritius (1622-1654) and a bust by Auguste Rodin (1840-1917).

For safety reasons, visitors are not allowed to rummage through shelves or open drawers themselves. They are guided through the rooms in groups. Particularly sensitive objects such as photographs or drawings can be seen on request.

The objects are kept in five different climate zones, depending on the material and size. They can also be restored in the depot, as is the case with a painting by Vincent van Gogh at the moment.