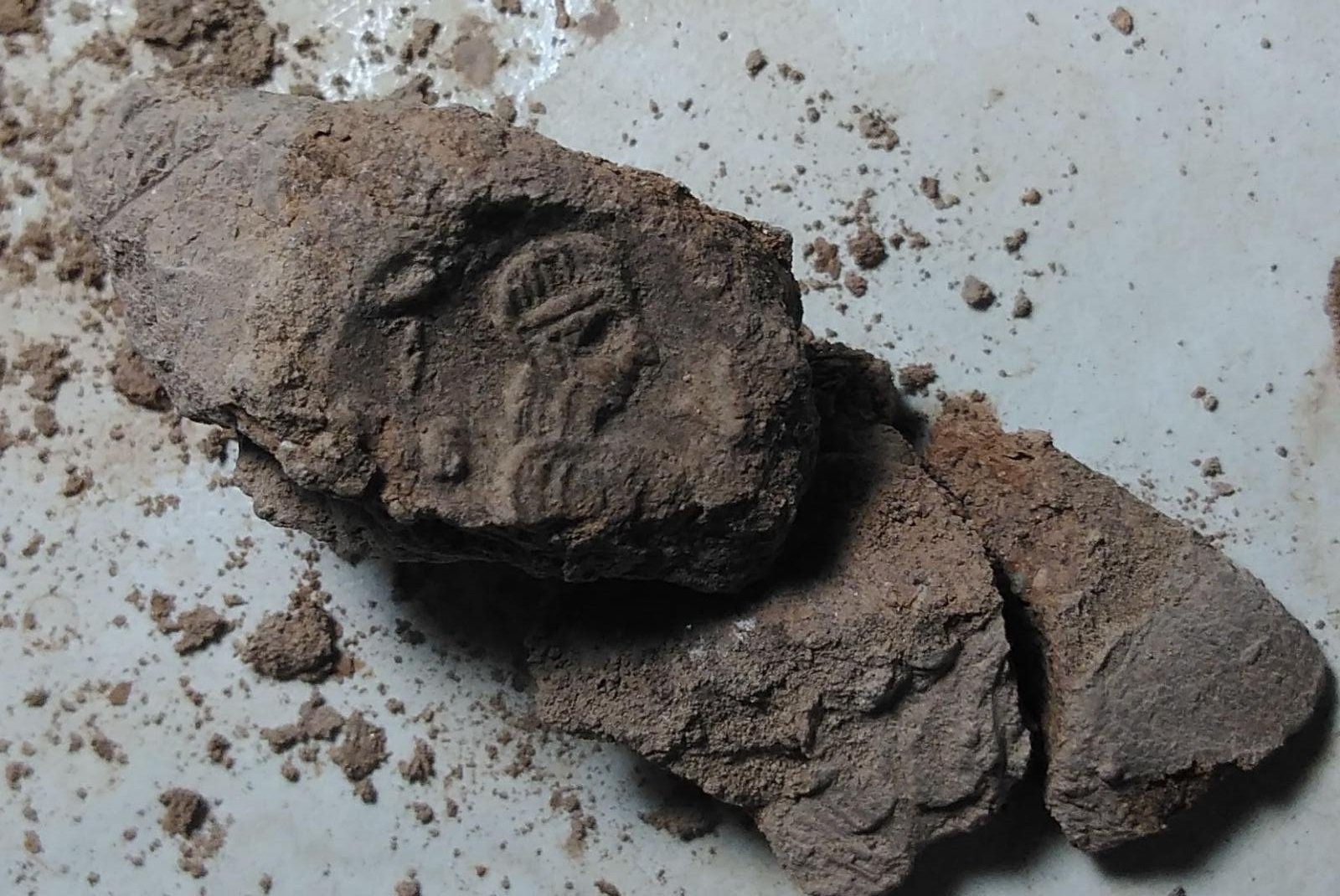 Archaeologists discovered seals and prints of a female administrator during their archaeological digs in the ancient city of Karkamış in southeastern Turkey’s Gaziantep province.

Karkamış was the most important administrative center in the region of the Hittite Empire, which ruled over Anatolia and Mesopotamia for centuries.

The findings were among dozens of clay seals belonging to the highest officials in a hierarchical order unearthed by an excavation team headed by Nicolo Marchetti, an archaeology professor at the University of Bologna in Italy, according to a statement by the Gaziantep metropolitan municipality.

It was determined that two-thirds of the Anatolian hieroglyphic seal impressions belonged to a female administrator named Matiya from the period defined as the "Late Bronze Age."

The new discoveries are expected to shed light on the role of women in state governance during the Hittite Empire.

A bulla containing seal impressions belonging to Piradu, a prominent merchant of the Middle Assyrian Kingdom, was also found during the excavations, said the statement.

"The identity of Piradu will contribute to the analysis of Hittite-Assyrian relations, which deteriorated towards the collapse of the Hittite State and the chronology of some events of the period. In addition to these findings, in the Iron Age Cemetery just below the modern cemetery area, salvage excavations were carried out in order to prevent damage to the ancient tombs. Within two years, findings pointing to the cultural and traditional understandings of the 7th and 8th centuries B.C. were also found," it added.

Among these findings was a calcite tomb stele, or carved piece of stone, of a man named Sanai from King Kamani's reign in the first half of the 8th century B.C.

Gaziantep municipality also built an excavation house for newly unearthed archeological finds. The first cleaning, repair and protection work on the artifacts will be carried out in this house before they are sent to museums.