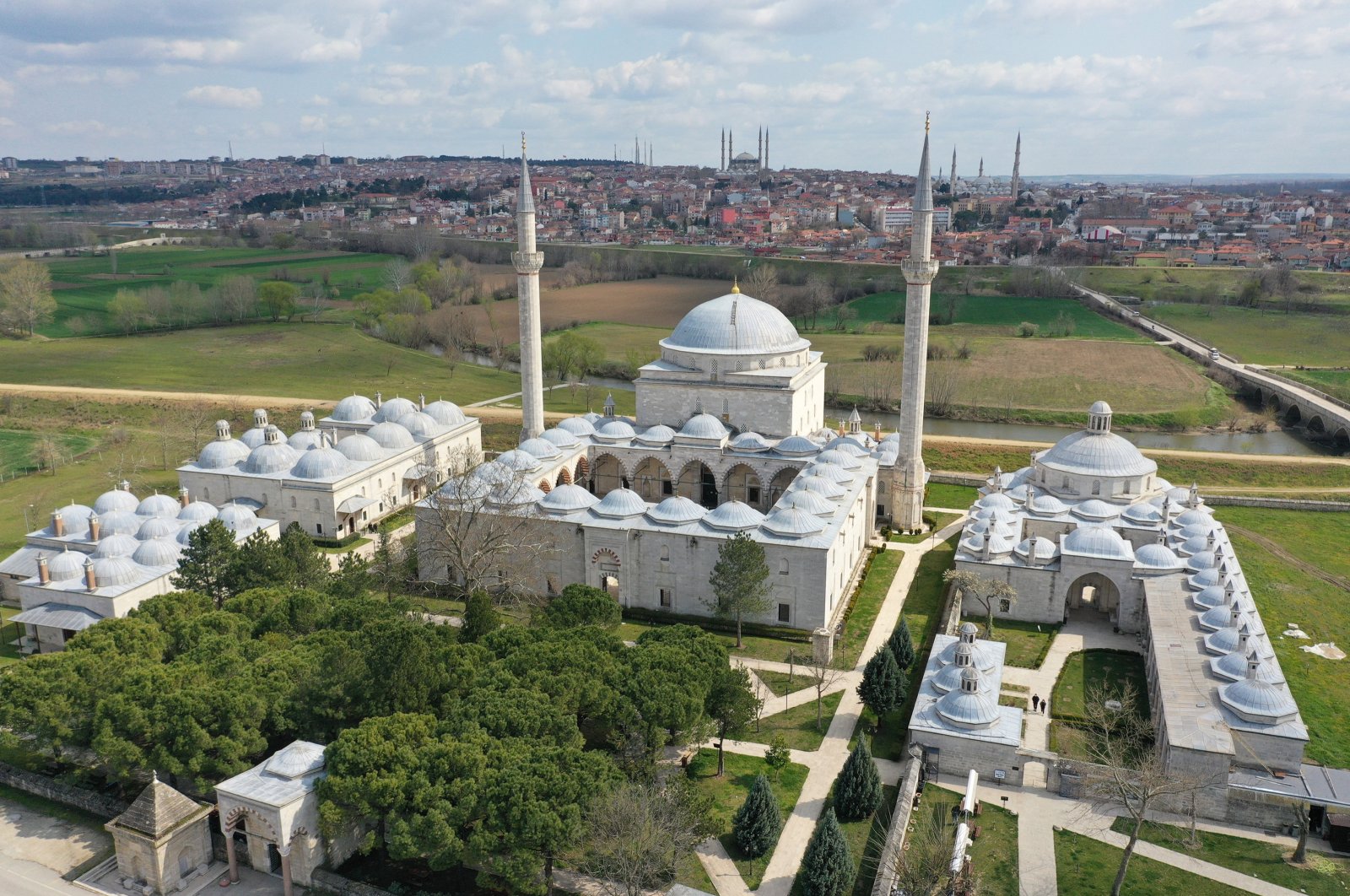 Edirne is a city rich in Ottoman history from renowned 16th-century architect Mimar Sinan's famed Selimiye Mosque to the Old Mosque constructed in the 1400s, but perhaps one of the most interesting historical heritages of the charming northwestern Turkish town is the Complex of Sultan Bayezid II, which is now on its way to being included on UNESCO World Heritage Permanent List.

The complex contains the famous Dar al-Shifa, or hospital, of the Ottoman Empire that remained in operation for four centuries. The hospital was particularly notable for its treatment of mentally ill patients by incorporating music, water sounds and scents.

The hospital section of the complex, which was included in the UNESCO Tentative World Heritage List in 2016, was converted into a Health Museum in 1997. The museum outlines historical treatment methods with three-dimensional films. Visitors are presented with water sounds and music recitals, reflecting the past practices of the complex.

Ruhi Pehlivancık, director of Sultan Bayezid II Complex Health Museum, said that they were continuing work during the quiet time due to the global COVID-19 pandemic, on the otherwise popular museum, which is normally visited frequently by both domestic and foreign tourists.

Pehlivancık noted that the museum, which has an international reputation for its historical values, was deemed worthy of the "European Museum Award" given by the European Council in 2004 and the "Best Presentation Award from The Best in Heritage and Excellence Club" in 2007.

Pehlivancık explained that they made the necessary preparations for the complex to be included in the permanent list of UNESCO.

"In this process, we have completed landscape works. We started working on the restoration, drainage and construction,” he told Anadolu Agency (AA) and added, “It is a 533-year-old building. It requires regular maintenance. We also took care of these within this year."

Pehlivancık pointed out that the complex was revived after it was incorporated into Trakya University and that the Health Museum, which was established during this process, now sheds light on Ottoman medicine.

"We are doing the necessary studies to evaluate the areas within the complex that are currently closed to visitors, to design them and open them to visitors. After completing these studies in an efficient and qualified way, we want to make the necessary applications and conclude this process successfully,” he said.

“Our goal is to enter UNESCO's permanent heritage list. In doing so, we want to apply by embellishing it not only with architecture and landscape but also with cultural events."