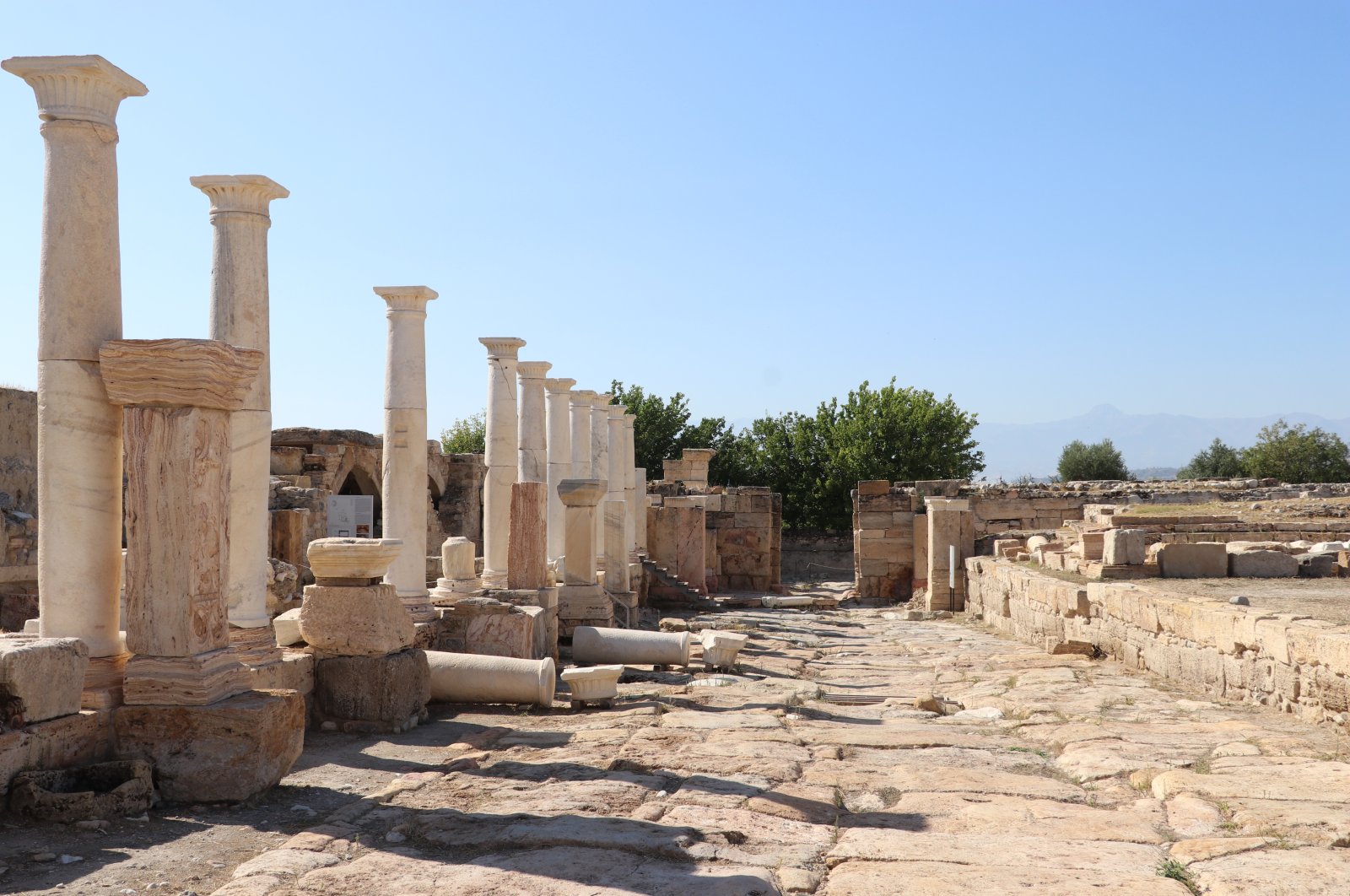 Ongoing excavations in the ancient city of Tripolis in southwestern Denizli province have revealed skeletal fragments of those who lost their lives in earthquakes as well as inscriptions that unveil the effect of those ancient temblors on structures.

Excavations and restoration efforts, which were launched in the ancient city in Buldan district in 2012, have been sustained by teams under the guidance of professor Bahadır Duman, a lecturer at the archaeology department of Pamukkale University.

While many artifacts have been brought to light in the past nine years, traces of earthquakes that took place in the ancient period are also being investigated at the site. The skeletal remains unearthed in recent examinations on the ruins of the ancient city are thought to belong to those who may have died during earthquakes at the time.

Speaking to Anadolu Agency (AA), excavation head Duman said that the most striking fact learned from their latest work is that the buildings in the ancient city, whose history dates back to 5,500 B.C., were repeatedly destroyed by earthquakes and then repaired. According to him, life in the area continued despite these earthquakes.

"The people of Tripolis got used to living with earthquakes," Duman explained. "We see that they preferred earthquake-resistant stones in their buildings. We have also determined that a variety of reinforcing materials were used in public buildings with multiple floors. Because of its temperate climate and agricultural importance to the region, they didn’t abandon Tripolis. Instead of abandoning, they chose to fight the earthquakes.”

Duman also said that at least 11 people died from those earthquakes, including some children and young adults.

Situated about 40 kilometers (25 miles) north of Denizli's city center, Tripolis on the Meander was an important commerce and agriculture center in the ancient Lydia Region. The ancient city had also played a role in providing transportation between Karia and Phrygia. Tripolis was one of the richest cities in the region due to its strategic location. Archaeologists previously found a 2,000-year-old sewage system, monumental fountain and Roman lavatory in the ancient city.