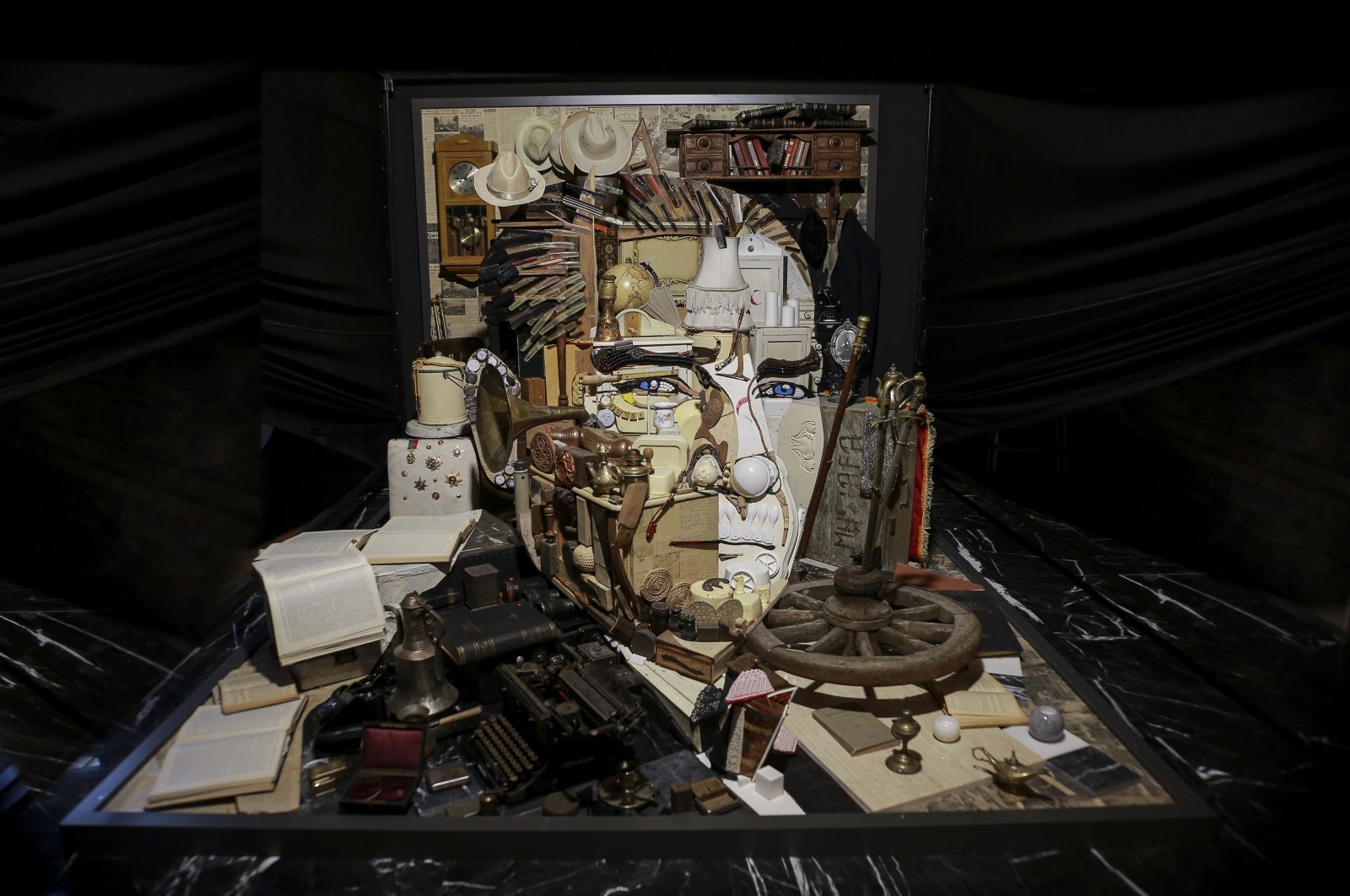 An anamorphosis sculpture of Turkey's founder Mustafa Kemal Atatürk was put on display at Istanbul's Rahmi M. Koç Museum on the occasion of the 98th anniversary of Republic Day. The artwork titled “Anamorphosis Atatürk,” created by Czech sculptor Patrik Prosko, will be exhibited until Dec. 30.

Anamorphosis, which etymologically means reform, is a perspective technique used in the making of paintings and sculptures that are seen as normal when viewed from a certain point and distorted when viewed from another point. Created with a total of 539 pieces belonging to 93 different themes, “Anamorphosis Atatürk" of Prosko symbolizes the life and values of the Turkish leader. The work, which was created in about three months, had been previously exhibited first the 26th International Natural Stone and Technologies Fair in western Izmir province and then at the Marmomac Fair Italy.

Mine Sofuoğlu, general manager of Rahmi M. Koç Museum, said: "We are proud to present such a meaningful work, which symbolizes the life and values of our great leader Atatürk, on Oct. 29, Republic Day."

Ali Y. Koç, deputy chair of the board of the directors of Koç Holding, also pointed out that Atatürk had a special interest in museums. He said: "The point our country has reached in terms of museums today is very good. Atatürk placed great importance to this topic, in line with his efforts to create a modern society. Therefore, he had a very important role at the point we have reached today.”

Noting that the Vehbi Koç Foundation and museums are working hard to convey the past to the future, Koç said, "For us, the most precious corner of our museums is their Atatürk sections."

Telling the story behind the work, Koç said that Temmer Marble company met Prosko to paint a portrait of Atatürk out of marble pieces to be exhibited in fairs, and at the end of the talks, the "Anamorphosis Atatürk" was prepared based on the objects in Atatürk's life instead of marble pieces.

Koç stated that Prosko examined Atatürk's life and read his book "Nutuk" (“The Speech”) before he made the work, as well as visited Atatürk exhibits in various museums. "It is a very different source of pride and excitement for us to meet the visitors on Oct. 29. When they were founding the Turkish republic, the great leader Atatürk and his friends were dedicated to pursuing the ideal of becoming one of the most modern and developed societies in the world."

Sculptor Prosko, on the other hand, stated he had not planned on accepting the project at first and usually did not like working on political identities. However, he stated that he decided to create the piece after getting to know Atatürk and reading his principles. Prosko also added that he collected objects that touched Atatürk's life from various antique shops in Istanbul in three days.

Explaining that he made an installation about Atatürk by re-forming the objects, Prosko said: "There were five important criteria when choosing objects. First of all, they had to be things that touched Atatürk's life. The objects that had a sharp impression. At the same time, they had to have a certain dimension."

Temmer Marble Chairperson of the Board Rüstem Çetinkaya lastly pointed out that Prosko's work attracted great interest in fairs and said that they were very happy that the work, now being exhibited at Rahmi M. Koç Museum, will be viewed by more people.