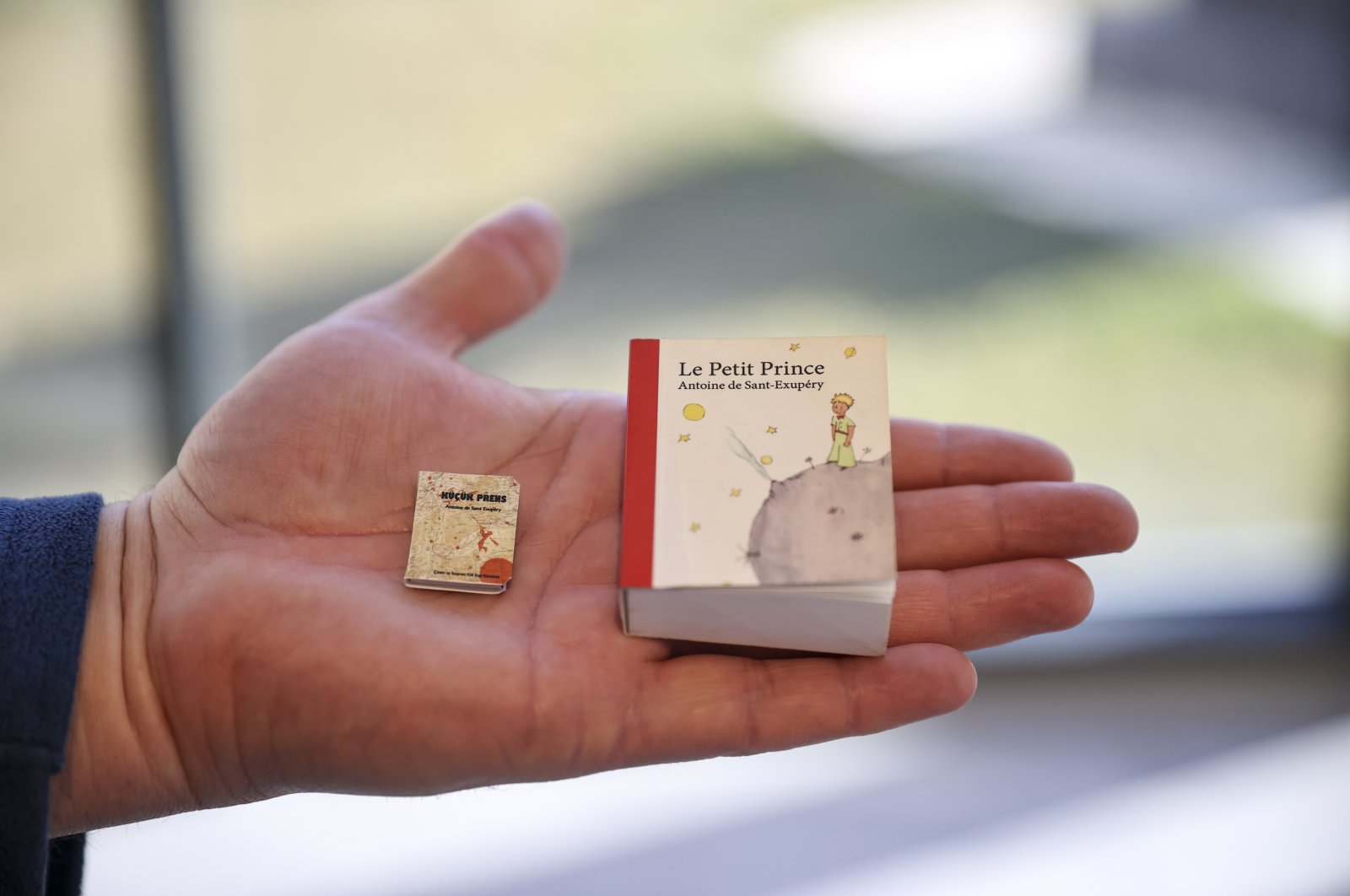 An exhibition that examines the history of Antoine de Saint-Exupery’s world-famous storybook "The Little Prince" with different editions of the work opened at Zülfü Livaneli Cultural Center in the Turkish capital Ankara. The Little Prince, or "Le Petit Prince" in French, written in 1943 by French novelist de Saint-Exupery, holds the record for the world's most translated book with 488 different languages and dialects.

The exhibition, called “World's Little Prince Books,” curated by the book’s fans Yıldıray Lise, Kazım Inal and Mehmet Sobacı, will remain open until Feb. 3. The show details the publication process of the book since 1943 and also showcases various publications in rare languages, extinct languages, artificial languages, different languages from the universes of “Star Wars” and “Star Trek”, Morse code, Braille for the visually impaired along with interesting editions of it like 3D versions that can only be read in a mirror.

In addition, visitors will also have the opportunity to take a journey on the "publication’s adventure" featuring detailed information.

Speaking to Anadolu Agency (AA), Sobacı, who is also a lecturer in the Communications Department of Ankara University, said the first Turkish edition of “The Little Prince” was published in 1953.

He also noted that he has more than 400 editions of “The Little Prince” and added 75 versions of the book will be exhibited in the center.

Lise said he has been collecting editions of the book since 2008 and added that he donated all of these to the "Little Prince Book Museum" that they created in a high school in Eskişehir province.

Recommending people to read the book before visiting the exhibition, he said they would have the opportunity to better understand "The Little Prince” universe.