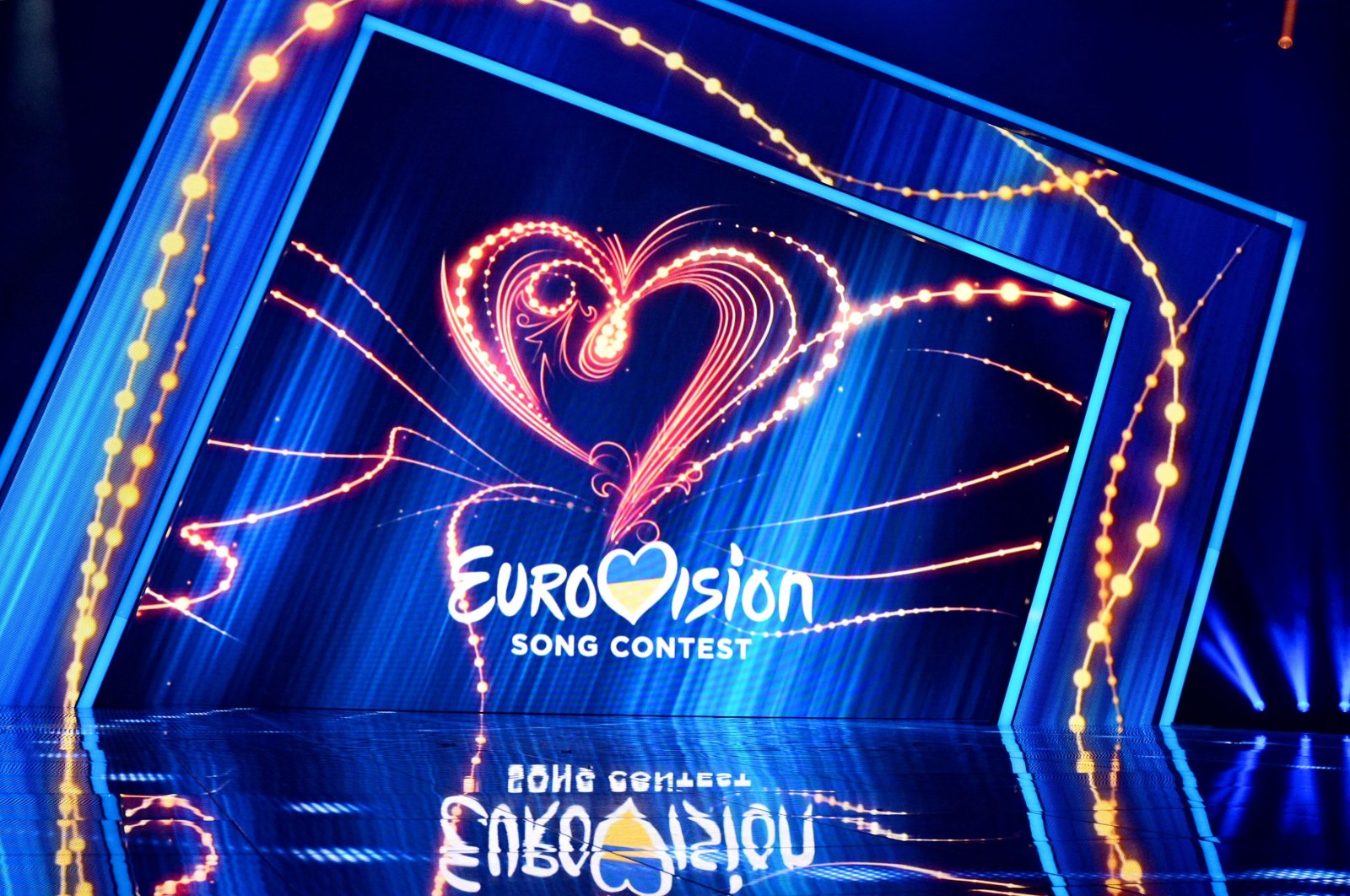 A scene with the Eurovision logo during national selection of the Eurovision 2020 from Ukraine. (Shutterstock Photo)
by Anadolu Agency Jun 27, 2021 3:30 pm
RECOMMENDED

Turkish modern art to be displayed with Rembrandt in Netherlands

The European Broadcasting Union (EBU), the organizer of the Eurovision Song Contest, told Turkey that it is “very much welcomed back” if the country should wish to return to the musical extravaganza.

“Although the EBU’s Turkish Member TRT hasn’t participated in the Eurovision Song Contest since 2012, we know there is still huge interest in Turkey in the contest underlined by the large amount of engagement on our social channels from Turkish fans,” said the EBU in a statement on Thursday. “With that in mind, we are in contact with TRT with the aim of bringing them back into the competition,” the statement added.

“TRT has made a huge contribution to the contest in the past, including hosting the event in Istanbul in 2004, and we would very much welcome them back should they decide to participate again,” the statement read.

Earlier, TRT General Manager Ibrahim Eren told Turkish media that the state broadcaster is in contact with the EBU.

“A very good person from Northern Europe came into (the management of) the Eurovision,” Eren was cited by Daily Milliyet as saying.

“I think this year (the organization) was very successful. After a long time, they had a nice competition. Our friends started meeting with the newcomer,” he said, but he did not elaborate on the outcome of the talks.

Turkey last participated in the contest in 2012. According to the EBU, Ankara entered the competition 34 times with a win in 2003 by Sertab Erener’s song Every Way That I Can.

This year, Italy's Maneskin won the Grand Final of the Eurovision Song Contest, held at Ahoy Arena in Rotterdam, the Netherlands, on May 22.

Turkish modern art to be displayed with Rembrandt in Netherlands