Highest-estimated Asian artwork to go on auction in Hong Kong 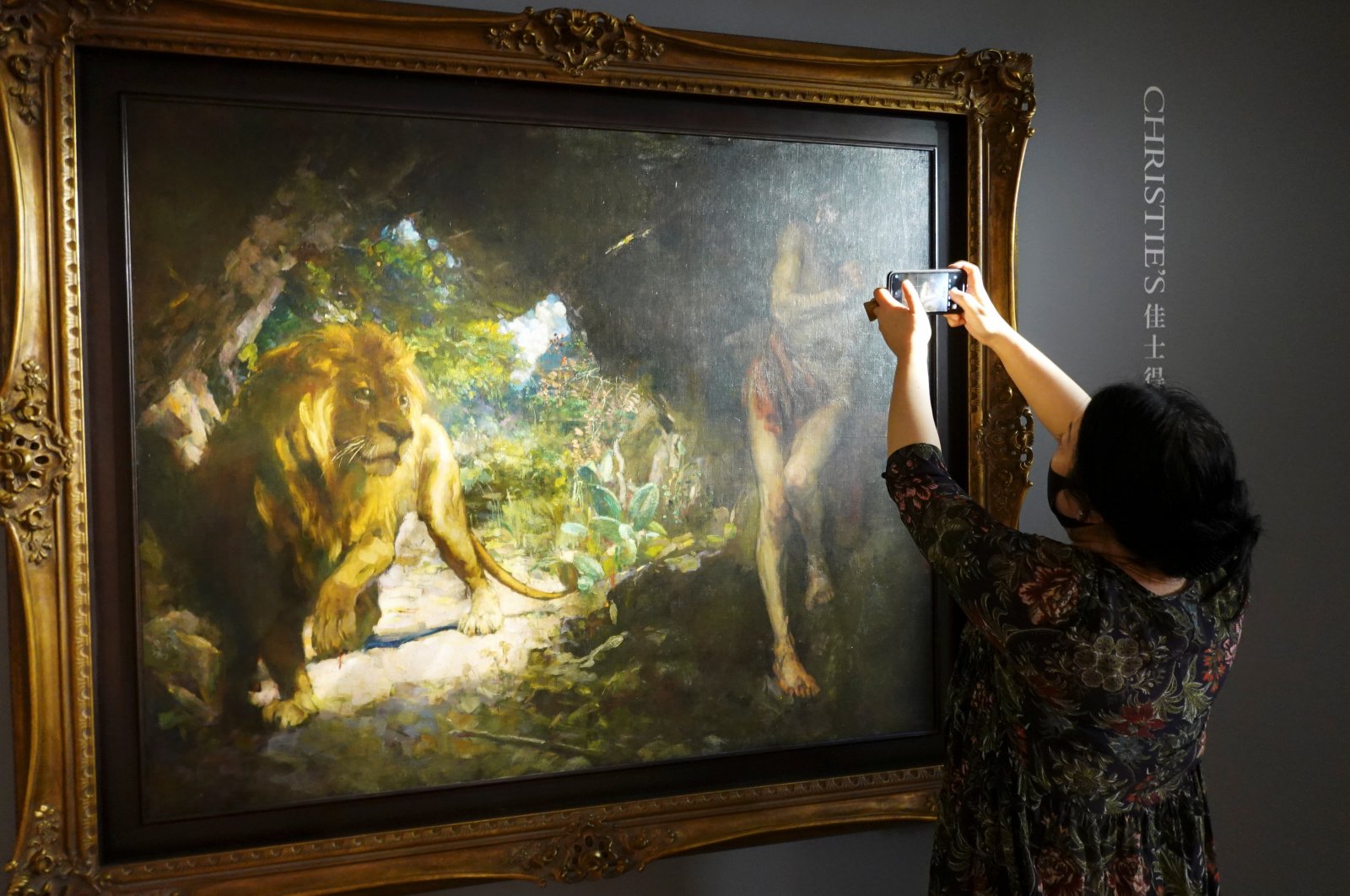 "Slave and Lion" by Chinese artist Xu Beihong is set to be presented to interested collectors in Hong Kong in March by British auction house Christie's. The painting, which the auction house called "the highest-estimated Asian artwork," is expected to fetch between $45 million and $58 million.

The 1924-dated painting by Xu, who is regarded as one of the most important figures of Chinese realism, will go on public preview in Beijing and Shanghai this month before being auctioned in Hong Kong on May 24.

The painting was sold in the global financial hub in 2006 at Christie's for HK$53.9 million ($6.9 million), a record at the time for a Chinese oil painting.

"The market at the very top is very strong; (there is) a lot of demand, extremely driven by rarity, which is exactly what this work is about," Christie's Asia Pacific President Francis Belin said.

The story behind the painting is rooted in Roman mythology, according to Christie's presentation. A runaway slave was captured and, as punishment, thrown into the Colosseum with a lion. But the animal did not attack the slave, who had earlier removed a thorn stuck in the lion's paw. The slave and the lion were eventually set free.