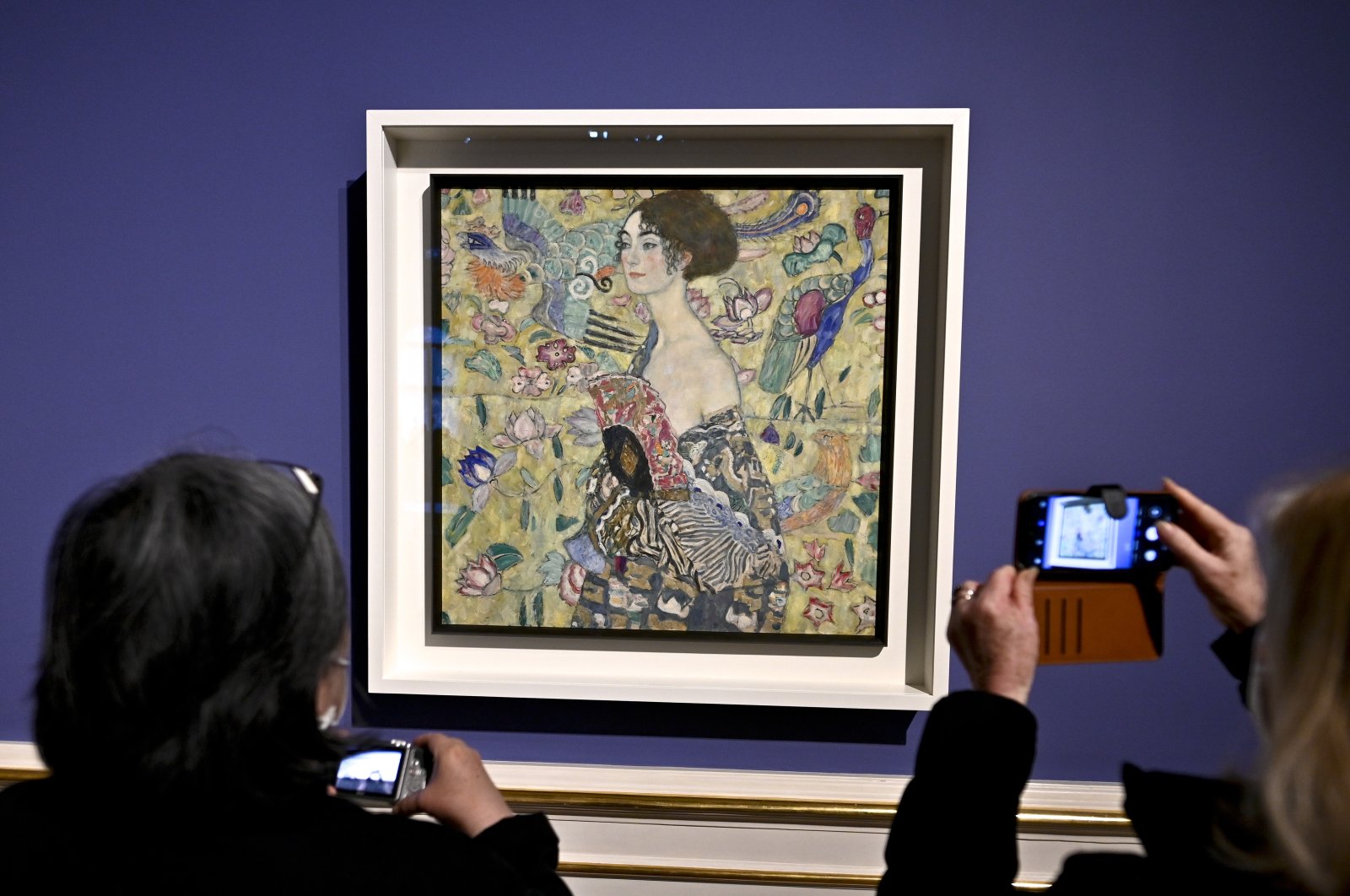 A bright and busy painting of a woman with a bare shoulder vanished 101 years ago and was taken from its country under shadowy circumstances. This painting by Gustav Klimt is now the center of a small but high-profile Vienna exhibition on the Austrian artist’s last works.

Presented at the Belvedere museum in Vienna on March 24, "Lady with Fan," one of the last paintings by Klimt, is back on display in the painter’s native Austria after over a century of absence.

"Lady with Fan" is a portrait of an unidentified woman showing her bare shoulder in front of a vivid background of birds and flowers. It is one of two unfinished paintings that were found in Klimt’s studio after his death in February 1918.

Two years later, "Lady with Fan" was exhibited in Vienna, but from then on, its path becomes difficult to trace.

According to the Belvedere museum, the Viennese art collector Rudolf Leopold bought the work from a widow of an industrialist in the 1960s.

It remains unclear when the painting eventually left Austria to be sold to a U.S. collector. “Lady with Fan” was last on display in Krakow in 1992.

However, Austria’s Federal Monuments Office had never granted an export license for the valuable work, which was auctioned for $11.6 million in New York in 1994, a new record for a Klimt painting sold at auction.

The current owner didn’t know about the illegal export, according to Belvedere director Stella Rollig.

Austria has assured the anonymous owner legal immunity for the temporary loan.

“He was keen to show this painting at the Belvedere, to display it here in the context of our Klimt collection and to make it accessible to the public again,” she said.

Museums are currently open in Austria with safety restrictions during the pandemic. However, the painting's return comes as much of Austria remains empty of tourists during a renewed surge of infections and restricted travel.

Even as vaccinations across Europe struggle to accelerate, Austria has pushed for a so-called Green Passport to give vaccinated citizens the ability to travel during an ongoing pandemic.