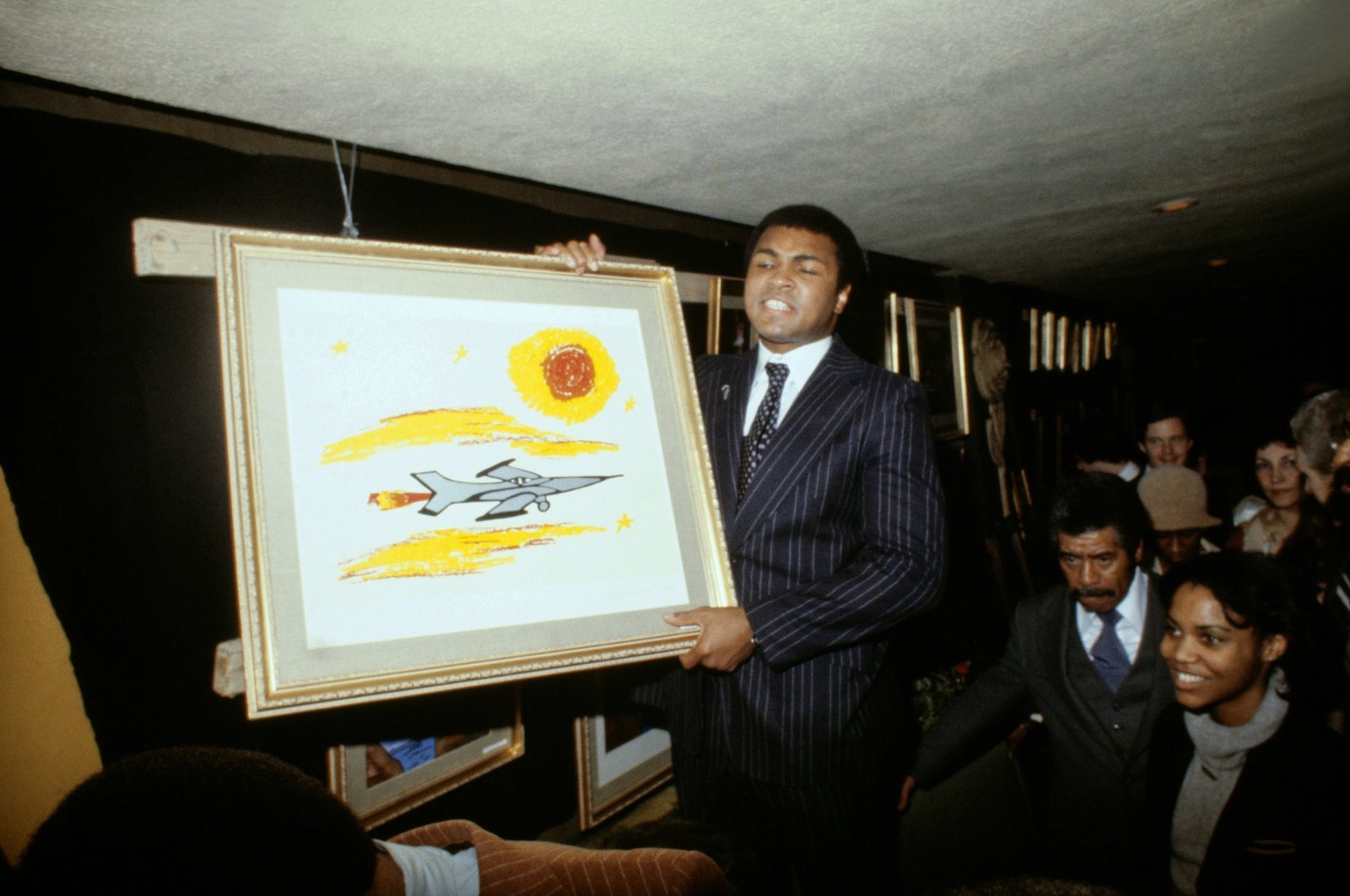 Muhammad Ali's passion for drawing was little known, but the legendary boxer liked to sketch as a way of relaxing after a match or training, according to Bonhams. The company will auction off a very rare collection of drawings and paintings by Muhammad Ali in New York next week.

The 24-piece collection, many of them in cartoon style and some of them signed, reflect Ali's interest in religion and social justice, but there are also some that picture him in the ring.

"Ref, he did float like a butterfly and sting like a bee!" reads the speech bubble from a boxer knocked out by an opponent with his arms raised in victory.

"A lot of people are excited because no one knew he was an artist and no one knew about this treasure trove of artwork. So we're seeing a lot of interest and a lot of excitement," said Helen Hall, director of popular culture at Bonhams.

The works for sale come from the collection of Rodney Hilton Brown, who worked with Ali on his art.

The former world heavyweight champion, who announced his conversion to Islam in 1964 at the height of his career, died in 2016 at age 74 after a long battle with Parkinson's disease.

"The Starving Children of Mississippi," from 1967, shows a figure in shorts saying "I only wanted to fight to help feed you poor Black kids."

"There's one that references the race riots in L.A. and Newark in '65 and '67," said Hall. "One of the paintings is devoted to Islam. He had just recently converted. And then some of them have a lighter tone and relate to boxing."