Memorabilia of music icons like Eric Clapton to be auctioned off 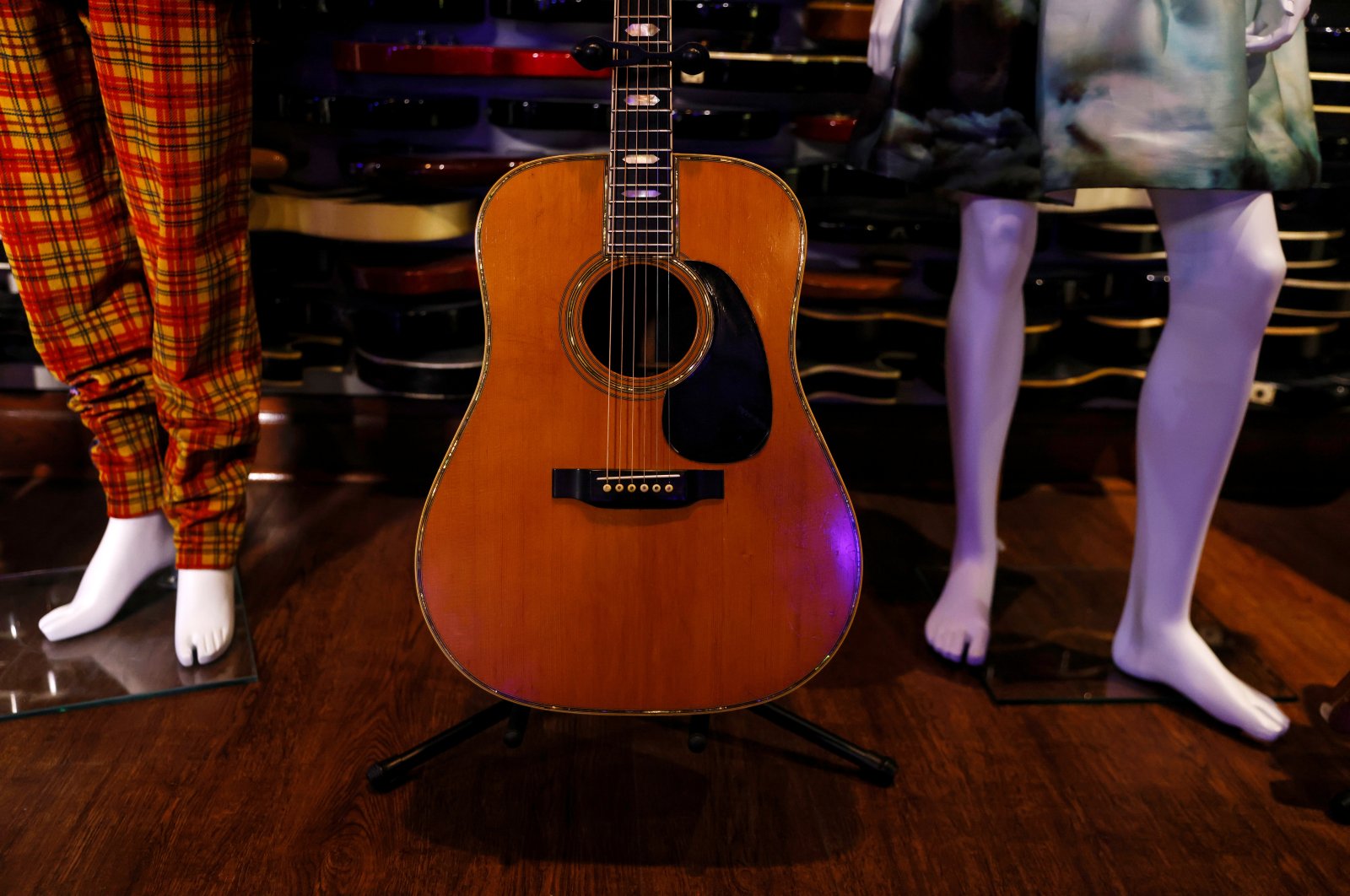 Nearly 1,000 sensational artifacts and memorabilia owned by the world’s legendary music stars, like Eric Clapton and Elvis Presley, will go under the hammer in New York this week. The Icons and Idols: Rock 'n' Roll by Julien’s Auctions will take place Friday and Saturday at the Hard Rock Cafe in New York and online.

The top lot is an acoustic guitar Clapton owned and played on stage during a 1970 concert in London. The Martin guitar is expected to fetch $300,000 to $500,000, said Martin Nolan, executive director of Julien's Auctions.

A guitar played by Presley and given to Norman Taurog, who directed many of his films, could fetch up to $90,000. The auction also features a suit Madonna wore in the movie "Evita" that is valued at up to $12,000.

Dresses worn by Amy Winehouse and Katy Perry are also up for grabs. Several items from the rock band Nirvana and lead Kurt Cobain are also included in the sale.