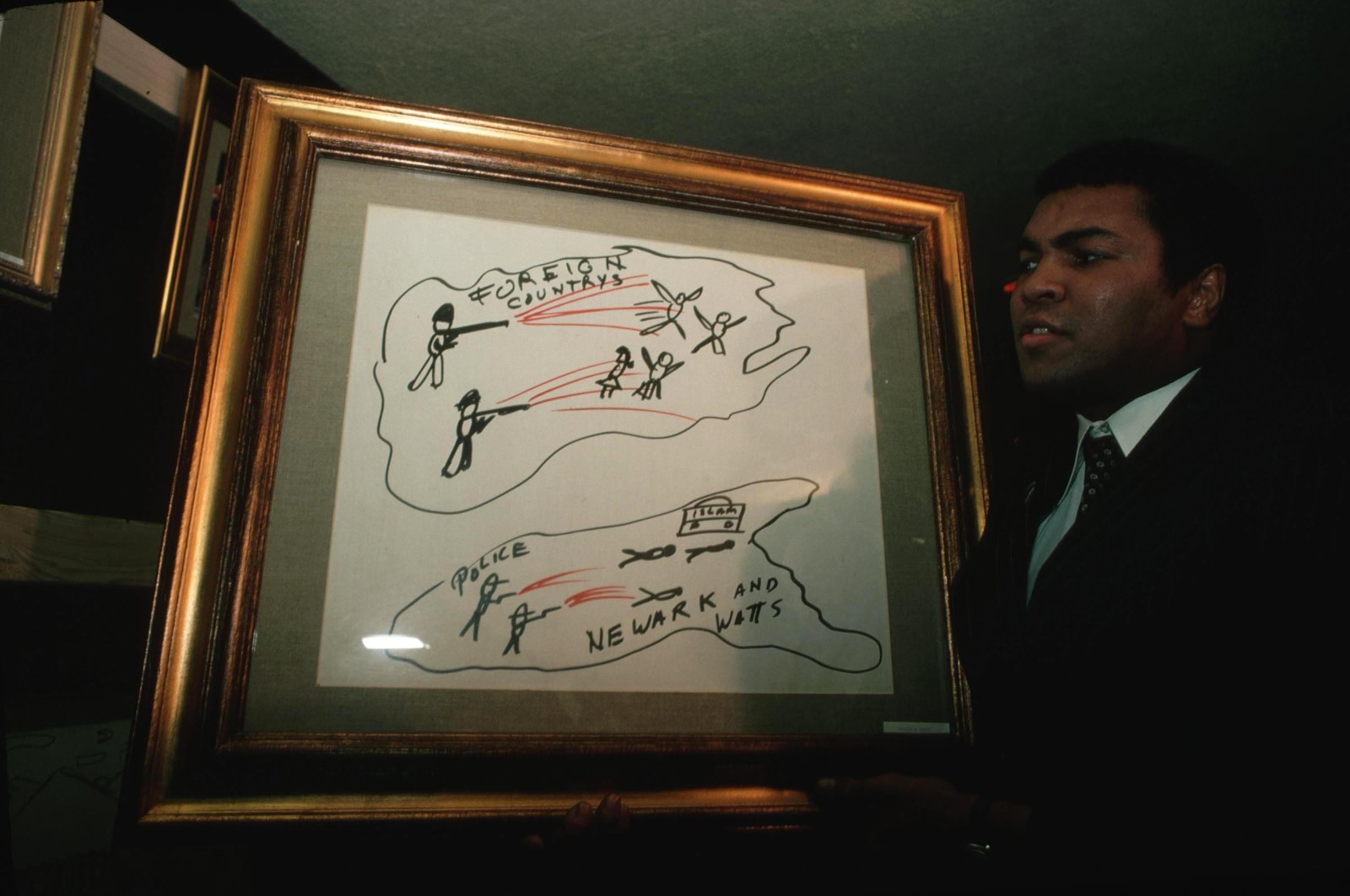 A rare collection of drawings and paintings by legendary boxer Muhammad Ali fetched nearly $1 million at an auction in New York on Wednesday.

According to the BBC, a total of 26 artworks by the champion boxer, including the rare collection of drawings, sketches and paintings, were auctioned by Bonhams.

Ali is hailed as one of the greatest ever athletes, activists and poets, but his artistic talents are less known.

Bonhams said he drew and painted all his life, encouraged by his father who was a professional artist and eventually taking lessons from sports artist LeRoy Neiman.

The works were put up for auction by art collector and friend Rodney Hilton Brown, who says Ali painted his first three paintings in 1977 after a fight in Boston.

The artworks were sold for a total of $945,524, three times the expected amount.

Born as Cassius Marcellus Clay Jr. in Louisville, Kentucky, on Jan. 17, 1942, he later embraced Islam and changed his name to Muhammad Ali in 1964.

Considered one of the best boxers of all time, Ali went down in history as the world heavyweight boxing champion three times throughout his career.

He was appreciated all over the world for his professional sports skills and his struggle for human rights.