On art and humor: Filmmaking duo at SALT 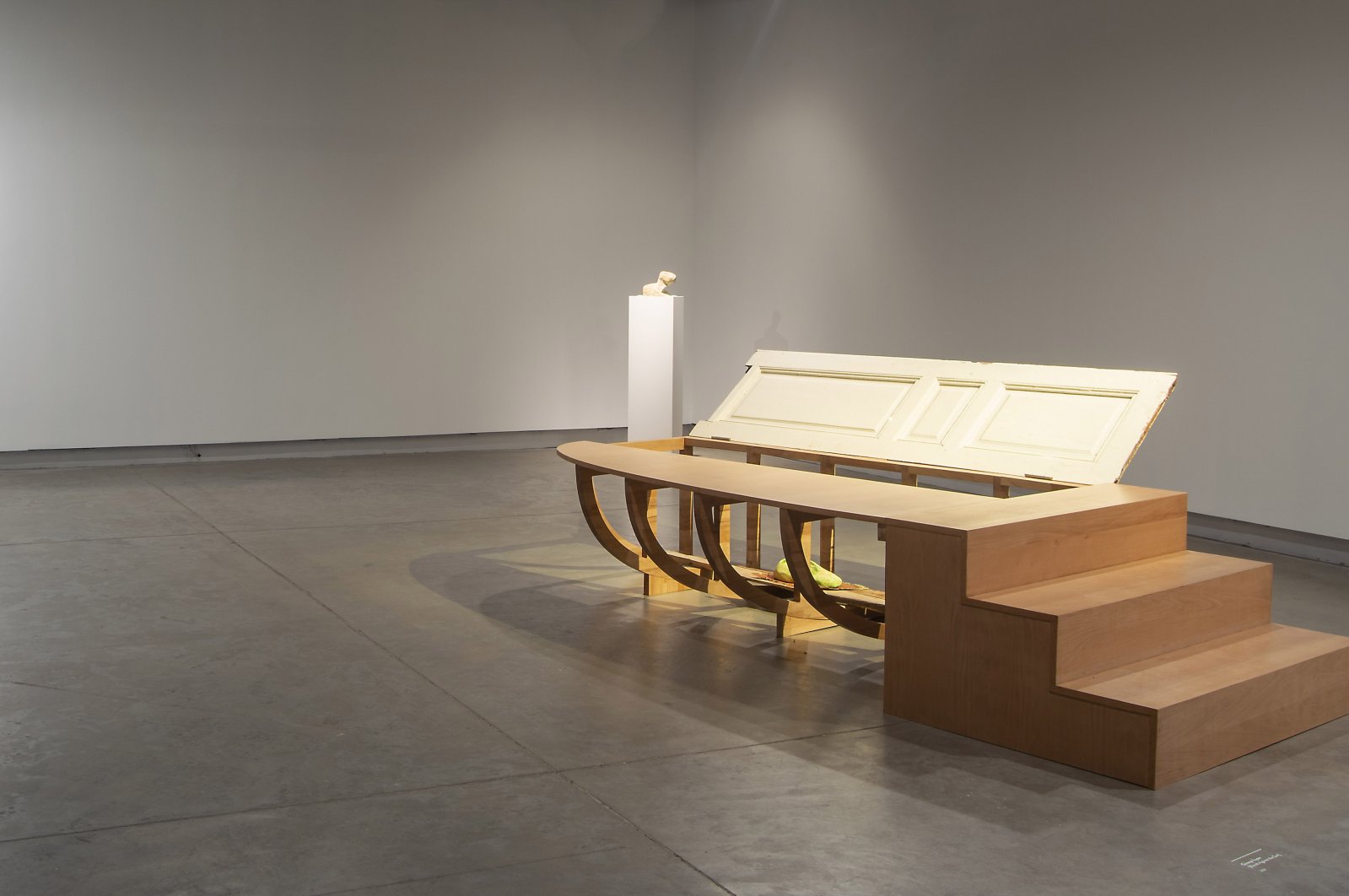 For the fourth installment of 'The Sequential,' the filmmaking and sculpture duo Fatma Belkıs and Onur Gökmen join the 10th-anniversary curatorial program at SALT as part of a series with artists who came of age in the 1990s

By its nature, youth has a rebellious spirit. It feels itself to be different, and so, has a difficult time conforming. That reticence can translate into a kind of adolescent awkwardness that lingers as early adulthood forces binary figments of the social imagination into being, fashioned out of some archetypal construct of human life into which everyone new must fit and be counted by the success and volume of their assumption.

A person, despite scientific terminology, is not reproduced, but shapes themselves according to the unique pressures within which they grow, either out and up, so as to gain a valuable perspective, thus becoming an outsider, or more inwardly and connectedly, so as to integrate into the status quo by copying its trends and identities. In response to such notions, there has been a gaining power to the curations of the “The Sequential” exhibition series at SALT Galata.

From the archeological politics of Barış Doğrusöz to the editorial concrete of Deniz Gül and the celluloid withdrawal of Volkan Aslan, “The Sequential” has brushed shoulders with the conceptual polarization of levity and its opposite in a lack of seriousness, or weight, which grounds more mainstream cultural productions to the rigid definitions of tragedy and comedy. In contemporary art, however, the presence of humor maintains a rarefied tone.

That is the case with the exhibition, “Belkıs Hanım and Onur Efendi,” at SALT Galata, mounted by artists Fatma Belkıs and Onur Gökmen. At first, the underground space where the artists’ works are shown is filled with sculptural pieces that appear somehow off. It is not easy to say exactly why, but they just seem wrong, out of proportion or misplaced, not in their element like fish out of water. They are the art object equivalent of high school dance moves.

A red Japanese-style paper fan is spread out against a wall. Its title reads, “Hittite Sun” in reference to a running theme throughout the show, which includes some seven sculptures all made within the year, and a concurrently produced film, “The Connected.” Although the artists proudly state that it is their debut feature, the duration of the video is less than 20 minutes and comprises three scenes that establish a course of logic as absurd as certain modernist ideals.

As a thinker thinks

Belkıs and Gökmen appear to have satirized the role of the self-important intellectual in the history of late Ottoman society’s transition to becoming the citizenry of the Republic of Turkey. One claim that found its way through the pores of fin de siecle Anatolian literati is called the Sun Language Theory, a hypothesis that sought to prove that the Turkic language family was the oldest in the world. The theory developed in the 1930s as Turkish was facing nationalist reforms where Arabic and Persian origin words were being replaced with their Turkic alternatives.

It is about as preposterous to expect a nonchalant urban explorer to look at a crooked, reflective metal likeness of a hand fan and imagine that it might stir thoughts of the anachronistic speculation developed in the 1930s, when the Turkish language was subject to nationalist revisions. In the process of sifting out Arabic and Persian, members of the nascent Ankara-based republic were not immune to outlandish conceits.

In their film, “The Connected” there is a scene in which the three main characters sit in a furnished trailer. They are said to represent a writer, painter and actor, all of whom are frustrated by failed attempts to inherit the advances of Tanzimat-era Ottoman culture, and Westernize, by maintaining a scientific foundation to their creative aspirations. But the camera trains its focus on a mustachioed fellow who reads aloud.

He declares: “Your excellency, Turkish is the mother of all languages.” And as he says that the first time a human being spoke, they spoke Turkish, he then enunciates the first vowels of the language. “Aa!” he yells, until, finally, his recitation culminates with the word, “Ankara.” At that point, the actor betrays the solemn convictions of his character and cracks a smile. It is not an entirely unfounded gesture, as the film then goes on to take itself less and less seriously.

After a brief interlude in which that reader appears shirtless in a cave, ostensibly looking for an anthropological sign of the Sun Language in the depths of the Earth, the hapless trio are sitting under the stars, whiling away their time as the unsuccessful writer recounts their attempt to come up with names for a story, but stops at Sait and Faik, a humorous nod to the eponymous master of Turkish short fiction.

To be caught in the act

“The Connected” is a far cry from the artful, exacting cinematography of the films by Volkan Aslan for The Sequential, “Stay Safe” (2021), and “Best Wishes” (2019). Instead, perhaps more authentic to their aesthetic roots in the grainy independent cinema of the 1990s, “The Connected” has a B-film, video quality. While there are redeeming shots, the acting is either unfulfilled or over-the-top. But it does retain a satisfying self-awareness throughout.

Because there is a purposeful self-deprecating sense of humor about the film, and because it does not take itself seriously, it has the potential to spark the kind of knowing laughter that throws a hot, critical spotlight on the historical precedent of its material while simultaneously critiquing the guise of contemporary art as a lightly fictionalized portrait of the ongoing failures of intellectuals to live up to the principles to which they aspire personally, and as the result of their presumably enlightened national collectivizations.

In the institutional text published by SALT to contextualize the cryptic exhibition, which might feel like an inside joke, the artists are understood to have been inspired by the famous Ottoman painter Osman Hamdi Bey. One of the sculptures, “Revolt Against the Sun” (2021) apparently depicts bureaucratic pressures in the life of Hamdi Bey. It is a contraption of wood, an open door over a floor of intertwining boards, leading into a compartment.

The centerpiece of “Revolt Against the Sun” seems to be a strange object, with a pale, yellowish-green surface, inside the bowels of the curious, half-constructed assemblage. A more direct reference to Hamdi Bey, might be the piece, “Hamdy attacked by the great white” (2021), in which the likeness of a shark and a man are side by side in unfinished wooden boxes, inferring the waywardness of Turkey’s museological foundations, the eccentricities of its roundabout, even imposed, cultural transformations in the spirit of the West, albeit misguided.