Eye of the beholder: Borderline art at SALT 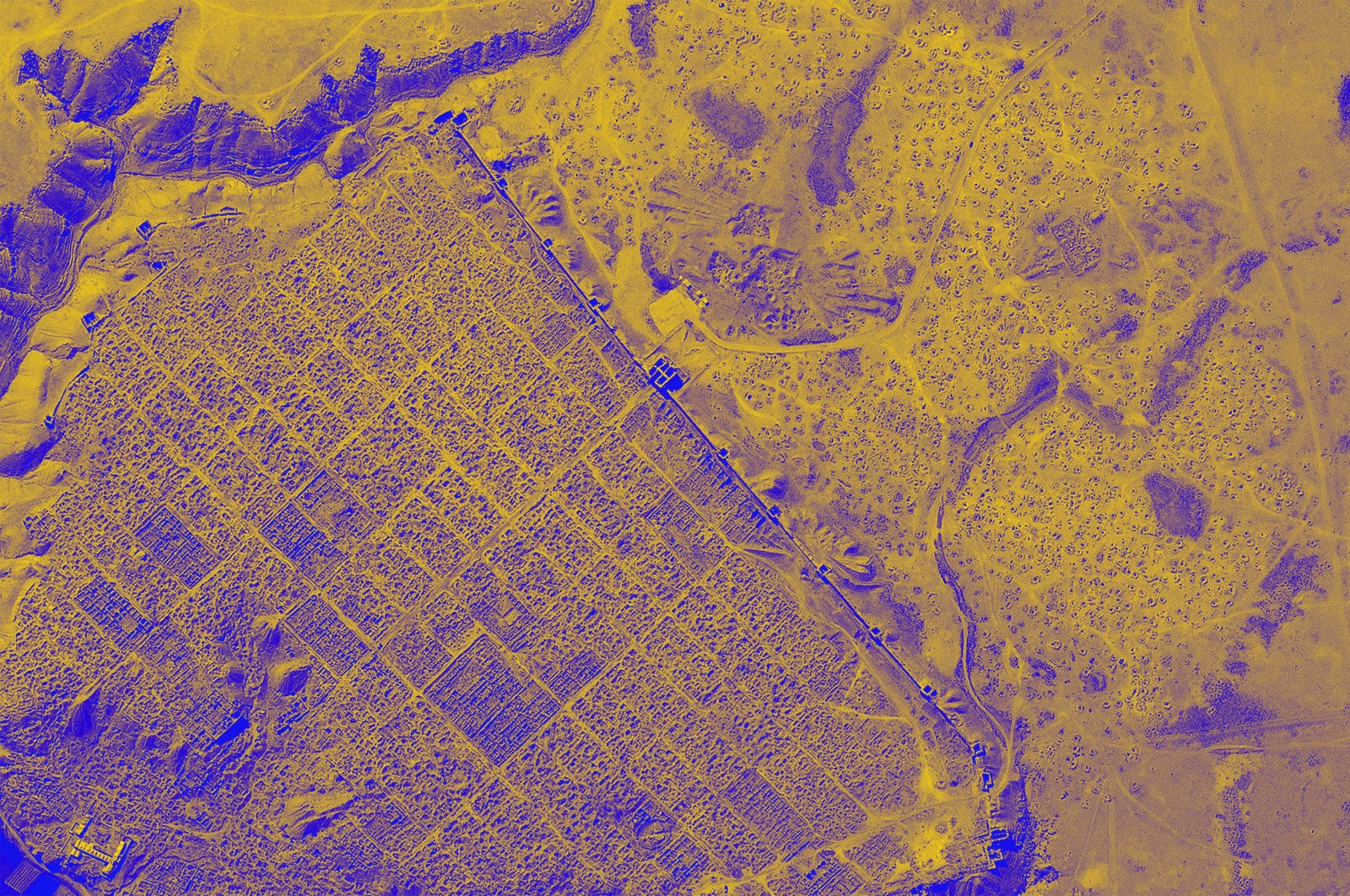 As part of its 10th-anniversary programming, the multidisciplinary arts research institute invited six mid-career artists. For his show "Locus of Power," Beirut-based Barış Doğrusöz surveys the Levant with critical acuity

In a recent conversation with artist Barış Doğrusöz, art historian and archaeologist Zainab Bahrani discussed legitimization as a form of exclusion. Bahrani is widely esteemed as the Edith Porada professor of Art History and Archaeology at Columbia University, New York. She is one of the world’s foremost experts on the extant material legacy of Mesopotamia as the sociopolitical sway of its ancient remnants continues to blur the lines of authority and heritage between Turkey, Syria and Iraq.

As an appreciator of the works that Doğrusöz produced for his SALT show, comprising three videos, Bahrani addressed an enduring concern that has been an underlying theme when thinking about the Orientalist frame of postcolonial archaeological history, namely the relevance of excavation finds and their significance to local communities in excavated regions. His trilogy, “Sandstorm and the Oblivion” (2017) and “Beneath Crowded Skies” (2019), are rounded out with a piece specially designed for SALT’s diamond series, “Cross-Pollinated” (2020).

Bahrani confessed her obsession with the lived experience of the earthly landscapes that archaeology has confined to abstruse academic practice, removed from what might be conceived toward more organic, inclusive forms of canonization and archiving in correspondence with everything from graffiti to looted objects. Doğrusöz and Bahrani are pointing to the idea that satellite imagery forms a direct line of imposed knowledge systems with that of colonial archaeology.

In his latest work, “Cross-Pollinated,” immediately across from the entranceway to the hall wherein his triptych is exhibited at SALT Galata, Doğrusöz gleaned specific footages from the Corona spy satellite. Declassified since 1992, the American surveillance operation photographed west Asian countries under the territorial influence of the Soviet Union and the People’s Republic of China. In 11 minutes, the video conveys the flux of urbanization, industrialization and war as part of the ongoing erosion of the ancient settlement of Deir el-Zour, eastern Syria.

The curation of “Cross-Pollinated” at SALT Galata has a tech gothic air, as it flashes from three rectangles that float in space, connected to each other, forming an incomplete, yet concerted moving image. The sound of the other two videos merges together, for a chaos as unsettling as the cold, inhuman sense of distance from the past that Western methods of knowledge acquisition exact. “Cross-Pollination” is a negative, oversaturated nightmare, as its subtitles read, “We were trained not see the people in these pictures as human.”

“Locus of Power” sets a particularly erudite tone for the coming five artists who will be featured as part of SALT’s 10th-anniversary exhibition, “The Sequential.” The precedent of the institution is a regional beacon for the advancement of the arts on the forefront of interdisciplinary research, changing the nature of visual, textual and social historiographies, prompting vital dialogues with regards to Turkey’s interdependence but also ambivalence towards both Middle Eastern and European orientations.

Doğrusöz, as a Turkish artist based in Beirut, embodies the distinctive geopolitical perspective of Turkey as both separate and intimate with its surrounding countries. The grayscale aerial imagery of “Cross-Pollination” is noetic and hypnotic, depicting the desertification of lands neglected, destroyed and reclaimed. Within the bleak abstractions, bird's-eye views punctuated by the photography of migratory flocks, the structures of a fortress reappear out of the sand.

In response to the effects of war as a force that polarizes people, compelling previously unified societies to draw lines and take sides, Doğrusöz is essentially using the alternative narrative symbology and spatial-temporal contexts of ancient urban architecture as a reference point by which to trace the movement of power’s concentration. Expelled from their homelands in unprecedented numbers, the experience of contemporary Syrians reverberates against the backdrop of civilizational abandonment.

“Cross-Pollination,” however, is not a mere dust-covered whim to fancy the primordial zeitgeist of the ancient remains around Deir el-Zour, but an exercise in the inherent creativity of mechanical reproduction, in its literal meaning, and as applied to the realm of the prevailing technologically-suffused cultural moment. There are vast, millennia of recurrent patterns in time and space that Doğrusöz has attempted to capture through video. The soft, yet dynamic lapse of planetary transformation in the age of oil is a transhistorical act of physical appropriation.

With the mind of a documentary filmmaker, yet stylized as vessels of archival research, Doğrusöz aspired to adapt 20th-century representations within the politicized, technological ecology around Deir el-Zour in an utterly current frame, to amass a new archive that might instill researchers with the advantage that their future critical scholarly and creative works would be colored by the changing socio-cultural fabric of these territories which, by the slanted recording of history, has ever been defined by contest, conflict and imposition.

The unending struggles for popular, territorial sovereignty in the Levant, then, could be said to be based on agencies of representation, in other words, who defines identity, boundary and history itself. Doğrusöz is an artist who impresses the sprawling urgency of such disciplines as archaeology to lend an ear to the voiceless. Bahrani has curated shows at the Metropolitan Museum of Art when not packing for fieldwork within Mesopotamian war zones. Her appreciation of Doğrusöz, on the cusp of abstraction, signifies a grand paradigm shift.

His eight-plus minute video, “Sandstorm and Oblivion” (2017), projects slides of stills over an automated narrator’s voice elucidating a colonial-era story in which British soldiers in the Syrian countryside stumbled upon works of art. Yet, their discoveries were quickly eclipsed by an abrupt, and absolute disconnect from the locality in which it was seen, and came to form an impression on Western consciousness. But the defining enigma lies in how its past is lost to the gaps in knowledge, archiving history that has formed across its immediate grounds.

The overarching accent is, then, not a question of postcolonial critique, but a return to emphasizing the absence of localization. There is a curious attribute across the video trilogy of Doğrusöz for “Locus of Power,” that of unpeopled lands reduced, emptied, rendered, whether in modern times or prehistory. The narrated texts, such as in “Beneath Crowded Skies” (2019), speak of tales and ideas, stretching the breadth of ventures in archaeological theft alongside Mesopotamia’s rich visual mythologies. “Locus of Power” bears an inward darkness, cerebral and imaginative, like the warning lights of a slow emergency, illuminating the outline of escape.