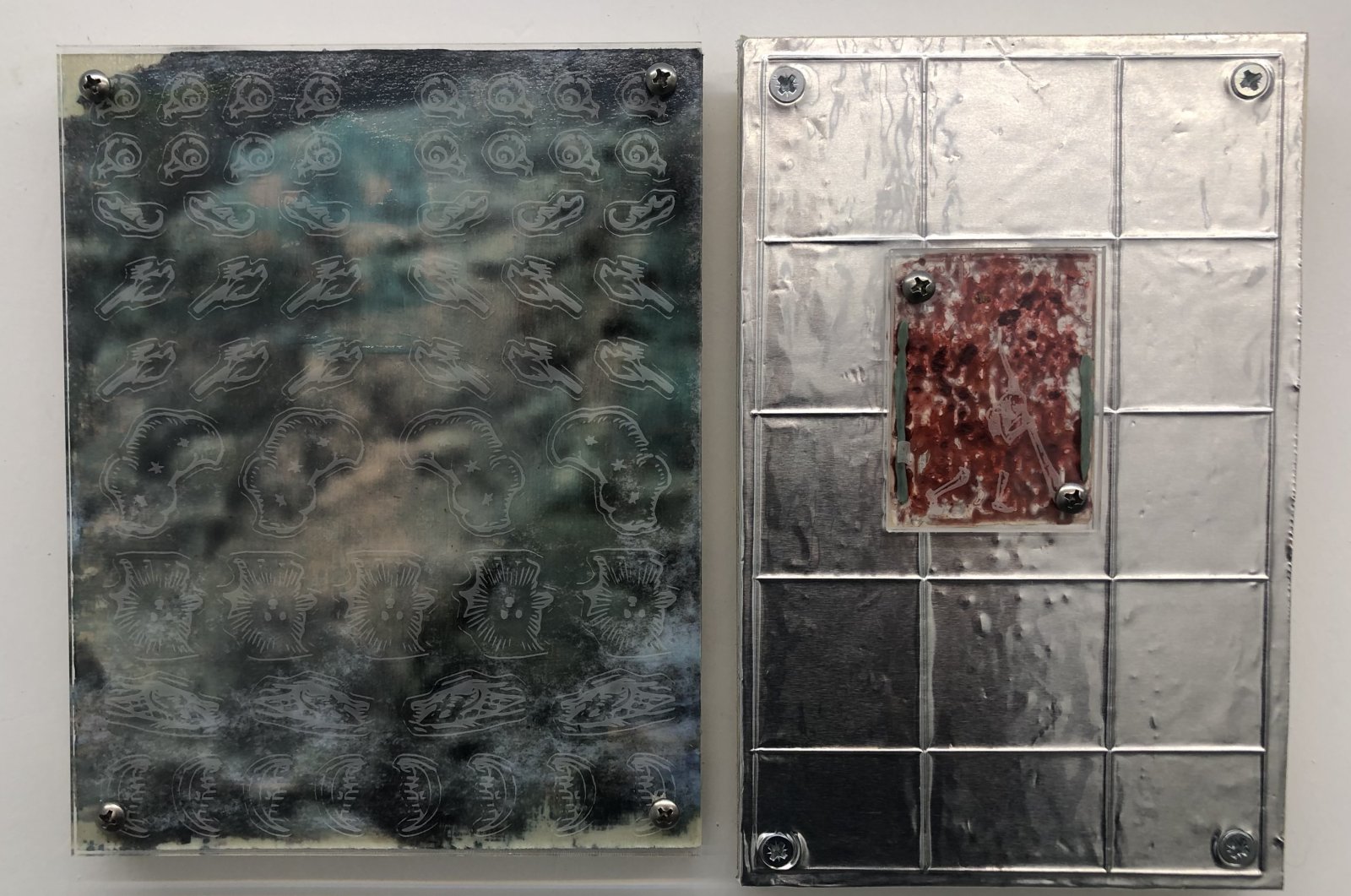 The first solo show by Can Yıldırım opened under the title, 'Don’t Worry We’re Side By Side There Are No Giants, Nor Their Shoulders' at IMÇ 5533, encompassing Renaissance art and site-specific interventions

The Renaissance is equated not only with an apex in the production and appreciation of fine art, but a wholesale overhaul in the relationship between cultural workers and their patrons. While still fastened to the hip of the religious establishment, painters and sculptors had gained a foothold toward rightful attribution, intellectual property so to speak, their names enshrined not only within places of worship, but within the secular canons of creativity in the realms of Western Christendom.

But as the northerly Protestant ethic overtook its more balmy sibling of Catholicism in the European south, the meaning of work, and of the cultural zeitgeist overall shifted, leading to the industrial capitalism that has come to define the present, with its stinging urbanization and burdensome sense of duty to the assembly lines of status quo manufacture. It is visible in art, where the decadent glory of Biblical epics lathered across the walls of such examples as Michelangelo’s Sistine Chapel were supplanted by a grimmer trend, at once more earthy.

Before the emerging Turkish artist Can Yıldırım ever thought of preparing the many and diverse multimedia works of his first solo show, “Don’t Worry We’re Side By Side There Are No Giants, Nor Their Shoulders” at Istanbul’s artist-run space IMÇ 5533 directed by Can Küçük, he was attending classes at Maryland Institute College of Art (MICA) in Baltimore. He never forgot the moment he saw the “Dance of Death” woodblock prints by German painter and printmaker Hans Holbein, who lived for some 45 years in the macabre early 16th century.

It was especially Holbein’s print “Adam Tills the Soil” that captured Yıldırım’s eccentric, postmodern imagination. His exhibition at IMÇ 5533 centers around a series of laser-etched, transparent engravings that he screwed onto rectangles of utility wood. The effect is like that of entering the workshop of a framer experimenting within the borders of their craft so as to better understand the interrelated, yet contrasting phenomena of invisibility and clarity. His quotations of Holbein’s engravings are oblique, but also sensitive and searching.

Holbein, like Yıldırım’s installation within the working-class environs of IMÇ 5533, reflected on labor as the stuff of life between birth and death. Before entering the bare floor of the storefront workshop block 5533 in the ancient mall surrounded by the vicious circles of runaway citification in the heart of Istanbul’s Fatih district, the window glass out front is embossed with a statement drawn from Yıldırım’s interactions with a talented calligrapher working close by. Loosely translated from Turkish, it reads, “Living is harder than dying.”

Down the hall toward the back of the spare, almost bleak space that is IMÇ 5533, conjuring a nightmarish underground factory-like ambiance, the glassy laser-etched works of referential engraving lead to a short, handheld video. Taken while Yıldırım participated in an artist residency at the westernmost point in Turkey, at a place called Babakale near the Dardanelles strait, the central image is that of an egg on a dirt road. While, at first glance, baffling, the piece is utterly personal, and draws from the artist’s childhood.

As a dependent preschooler, Yıldırım would look up to his housemaid as she told him frightful folktales out of the depths of her superstitious fantasies. She believed that the world would one day be flattened to the extent that someone could see an egg across a perfectly horizontal plane from end to end of the planet. That egg, vulnerable, and representative of ontological completion, is shot from a distance as Yıldırım’s lens zooms in, capturing it at the end of a tire-worn path.

The subtle distinction between the physical immediacy of pain and the existential state of suffering lingers in the thick air like the irony of death’s ubiquity, eternal and omnipresent, overshadowing daily life with the laughter of a medieval daemon. There is a diagonal line that can be made from across the room-wide installation of Yıldırım’s work at IMÇ 5533 pointing to the three stages of existence, i.e. birth, life and death. In the opposite corner of the 42-second video titled, “Egg” is a piece of plexiglass lightbox and foil, “Not.”

The surface of “Not” features the Turkish word of the title, written in seriffed font over a grid of squares. The artificiality of rigid lines is often set against the flowing forms of artwork, both figurative and abstract, and language. Within the variety of clever juxtapositions, Yıldırım is placing a hard accent on the idea that while the duality of life and death is apparently concrete, its manifestations are subject to innumerable deviations. While rejecting absolute interpretation with respect to art history, at the heart of the show is a philosophically rich, astute praxis.

In the middle of “Egg” and “Not” is a curious sculptural work that ascends awkwardly from the floor after a design in collaboration with Küçük, reminiscent of his own work, “Both” (2015), for which he had slightly deconstructed the utility of a stool, off-centering one of its legs. The piece, “Grow n’ grow” contrasts its nest-like interior of a polishing pad with a screw-suffused, oval-shaped plastic grow house that itself assumes the egg form, which could be said to be exactly diametrically opposed to the physical metaphor of death.

The fact that “Grow n’ grow” is spatially at the center of the exhibition suggests that Yıldırım is transforming the dark precedence of Holbein’s early modernist approach to the Western mythology of human identity as synonymous with the manual laborer in the same way that IMÇ 5533 offers an alternative notion to the use of commercial or manufacturing space. With leather marking pen refills gleaned from another workshop within the business complex, Yıldırım created “Silver lining,” snaking the utilitarian materials across the ceiling.

And with special attention to the contiguity of wirings, there is an Edenic theme in reference to the Biblical focus of Holbein, most emphatically expressed through a video piece of 8-plus minutes, “Snake to snake,” showing a roadside snake eating a member of its species. At one point a trucker stops and the tires of his vehicle resemble the snake’s scaly constricting skin as it wraps around its nearly identical prey, another perhaps coincidental comparison between the organic and the industrial as in his focal series that begins with “The creation.”

And as an echo of death’s uncanny unpredictability, chance is integral to the works of “Don’t Worry We’re Side By Side There Are No Giants, Nor Their Shoulders,” such as in a multitrack iPhone video, “Tonton,” in which the artist caught his kid sister and her friends performing a creative, impromptu ritual of sea burial for a deceased jellyfish. The glow of its transparent flesh reflects the surfaces of the laser-engraved plexiglass, the sheen of the embossed aluminum sheets and the idea of the show as a chorus of visibly invisible objects that like an ungrammatical chant of medieval superstition reimagine the essence of being.