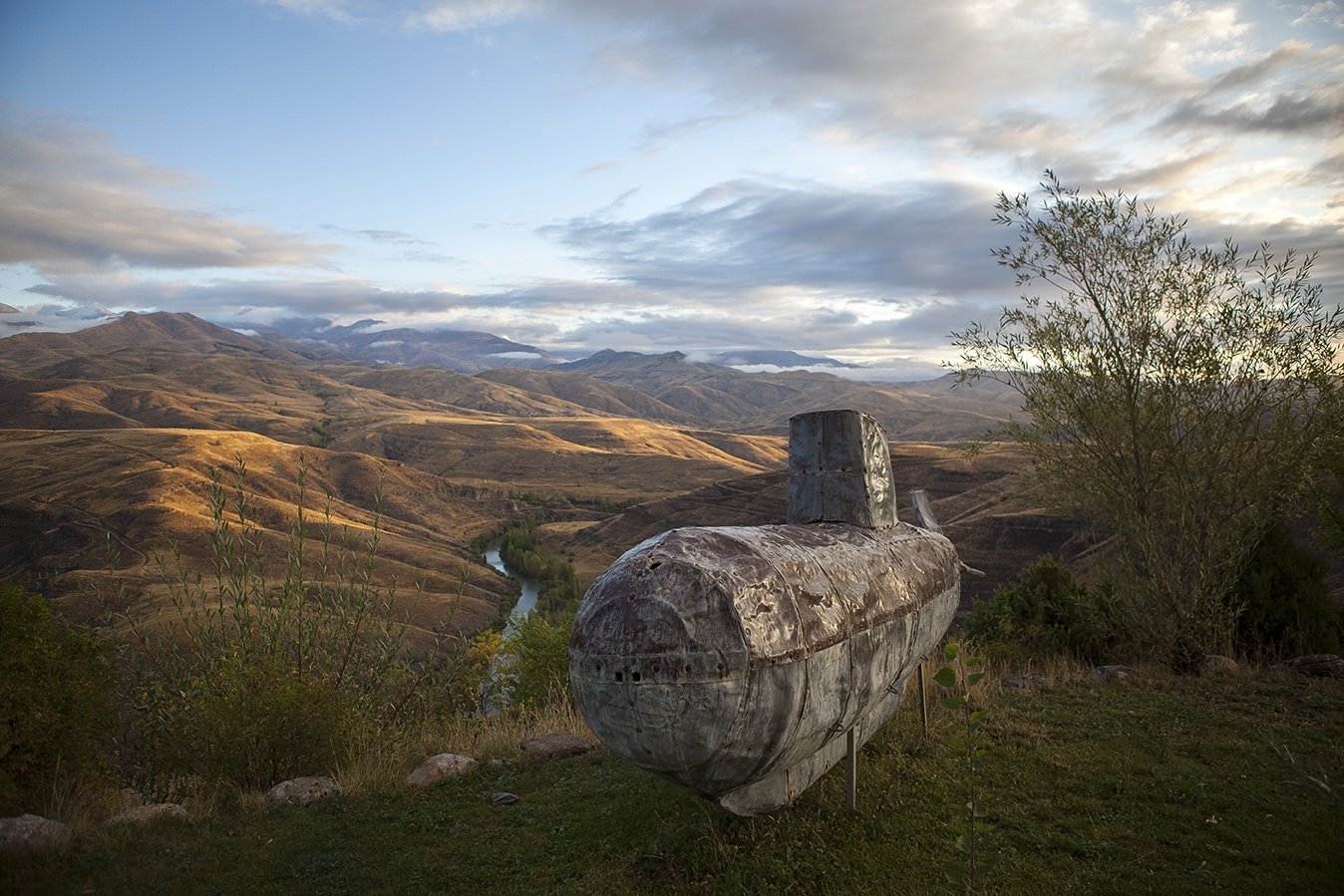 Baksı museum, located in a village 45 kilometers away from the city center of Bayburt, continues to contribute to the cultural life of Anatolian lands with its latest two exhibitions filled with intriguing content

Baksı Museum in northeastern Bayburt province, which added contemporary museology to the map of Anatolia's cultural assets with a brand new concept, has presented two new exhibitions to art lovers while leaving its 20th year behind. The first exhibition combines the art of sculpture with nature, while the second introduces projects that enrich Anatolia.

Celebrating the association between art and nature, the exhibition “Kıraçta Heykel” (“Sculpture in the Barren Land”) promises a poetic journey among sculptures while transporting viewers outside conventional spatial boundaries and bringing them together with nature. On the barren crest where the Baksı Museum is located opposite the Çoruh River, these works of art gain new meanings in the geography they inhabit, bringing a fresh look to the site that was home to ancient civilizations. The open-air exhibition features works by Erdal Duman, Günnur Özsoy, Hüsamettin Koçan, Ibrahim Koç, Kemal Tufan, Mike Berg, Nermin Er, Osman Dinç and Yunus Tonkuş.

The winners of the Anatolian Awards, realized by the Baksı Culture and Arts Foundation to draw attention to the productions that contribute to the common identity of Anatolia, are on display in the second exhibition at the Depo Museum part of Baskı. Within the scope of the awards, a total of 133 projects from 35 Turkish provinces were evaluated in the categories “Museology,” “Periodic Events,” “Performing Arts,” “Archaeology” and “Restoration.” While six projects won Anatolian Awards, two projects also received the Baksı Foundation’s Contribution to the Field Awards.

Speaking about the “Sculpture in the Barren Land” exhibition, Baksı Museum founder professor Hüsamettin Koçan said, “No matter how challenging the conditions we are in, we record this situation as a human experience and continue to produce new works. Baksı's barren crest, which has an important place in my childhood memories and has remained unchanged for 65 years, is hosting our works this time. The sculptures stretch toward the river from this barren crest, inviting visitors to new sensations. They told us to hold our breath, look at nature, and then nature will tell us new things with the artists. I hope that these sculptures will be guests for many years in this barren place. And let this barren be the home of the statues.”

The exhibition of the Anatolian Awards winners provides a collective overview of the works that add value to and are inspired by Anatolia, offering new suggestions to civil society and local governments.

Expressing that the Anatolian Awards, which were organized as part of Baksı's 20th anniversary, attracted great interest in their first year, Koçan said: “Bringing Anatolia back to its former cultural abundance, energy and diversity is one of Baksı's most important focuses. We believe that the Anatolian Awards, which we have realized as a pluralistic project with expectations for the future, will increase awareness on this issue and inspire future good practices. Visitors should not leave Baksı without visiting our award-winning projects exhibition opened at the Depo Museum.”

Baksı Museum is located in Bayburt’s Bayraktar village, which was formerly known as Baksı. Housing modern and traditional arts under the same roof and providing education and employment to people in the region with its workshops, the museum was given the 2014 Museum Award by the European Council Parliamentary Assembly and the Grand National Assembly of Turkey Honorary Award.

In addition to the new shows, Şakir Gökçebağ's “Aşina” (“Familiar”) exhibition, consisting of sculptures and installations, the group exhibition “Mask/Associations” and the works in the permanent collection are on display at the museum. Baksı can be visited between 10 a.m. and 7 p.m. every day except Mondays.