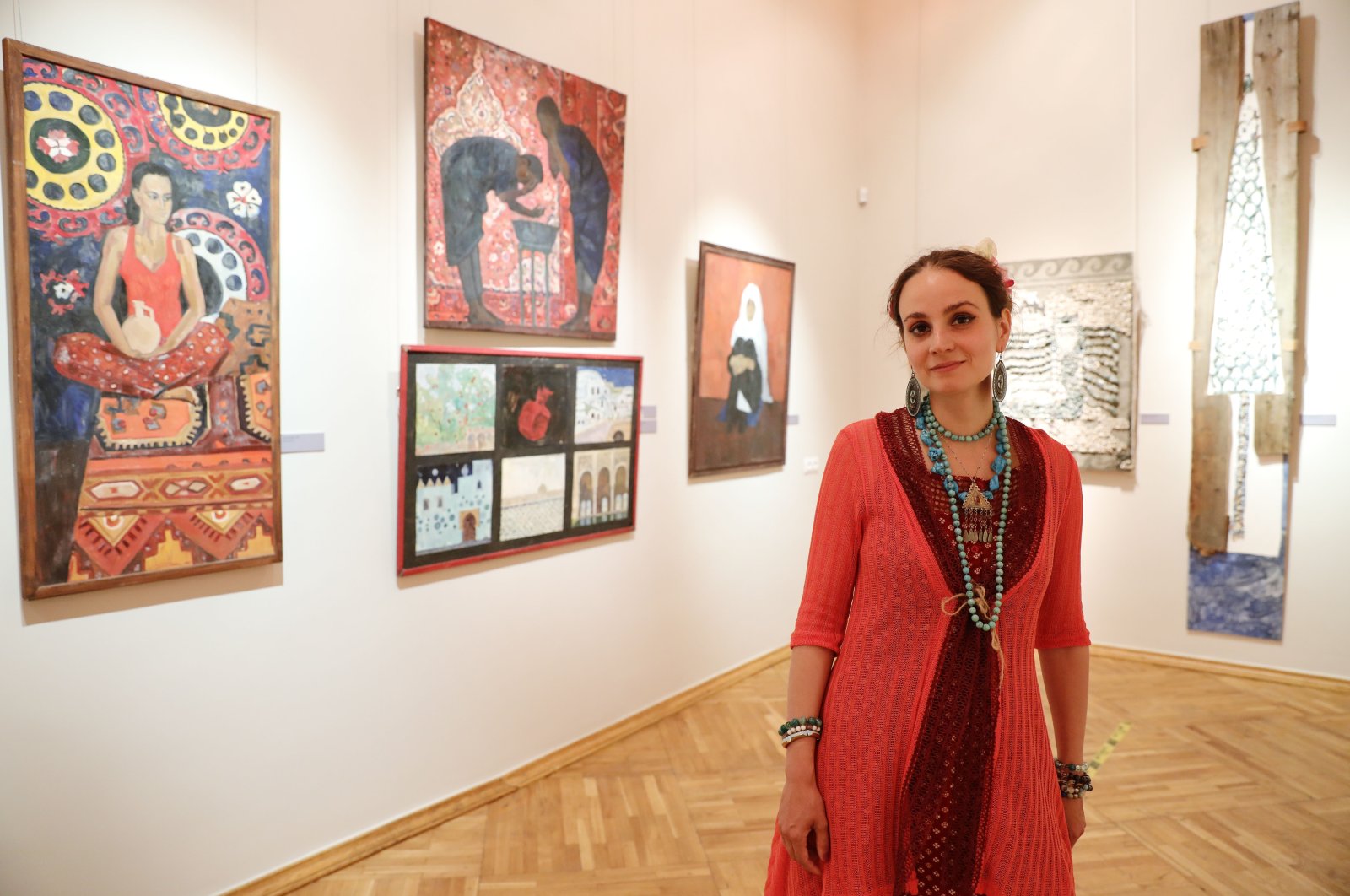 Russian artist Mariya Komisa, who converted to Islam, has opened a new exhibition displaying works on Turkish and Islamic arts at the State Museum of Oriental Art in Moscow. The painter-pottery master introduces Turkish and Islamic heritage and culture to art lovers in the Russian capital with "Letter of the Traveler."

Komisa told Anadolu Agency (AA) about her admiration for eastern and Turkish culture, as well as her encounter with Islam.

The Russian artist said she has been interested in eastern and Islamic culture since her childhood, and therefore she feels a close connection to the culture.

About her conversion to Islam a few years ago, she said: "Everything started from Bakhchysarai in Crimea, where I was given the Quran as a gift. I became a Muslim there."

She said that after accepting Islam, she and her husband moved to Turkey and lived for a long time in Bursa, the former capital of the Ottoman Empire.

"Turkey accepted me very warmly. I gradually started speaking Turkish and wearing the hijab ... nobody believed that I came from Moscow."

She said Turkey is unique in terms of cultural diversity, and she tries to reflect the Ottoman and Islamic heritage in her works.

Komisa said she is influenced by Sufism, the mystical face of Islam, and is also inspired by the works of Ottoman intellectual and calligraphist Matrakçı Nasuh.