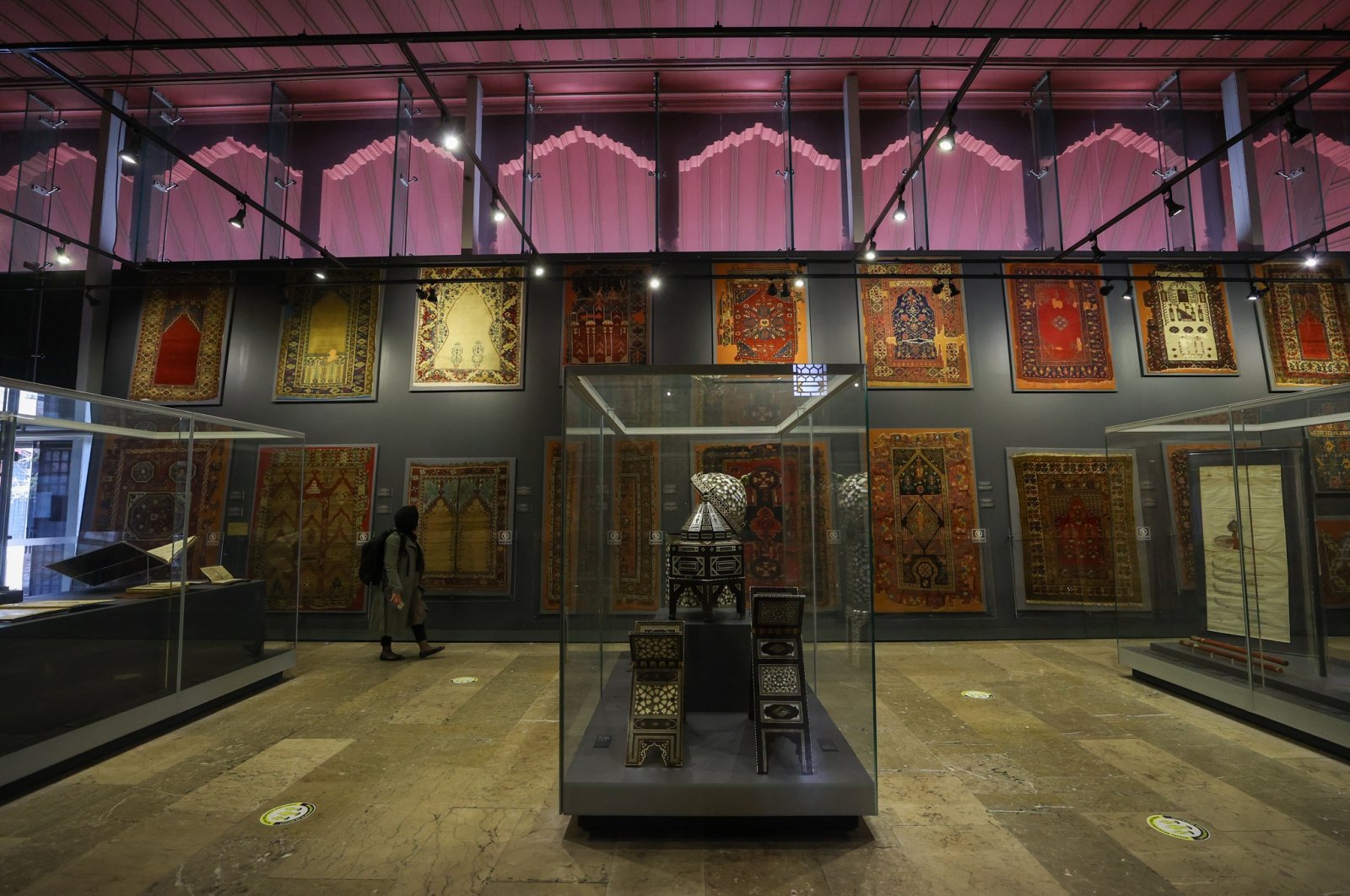 From Ayyubids, Umayyads and Seljuks to Ottomans and Turks, spanning more than a millennium, the last museum to be established during the Ottoman Empire period, the Turkish and Islamic Arts Museum (TIEM) in Istanbul is one of the most important museums for early Islamic, Seljuk and Ottoman-era collections, shining a light on years of history.

The museum was originally founded as a response to the growing theft of historical artworks from mosques, other religious buildings and tombs across Ottoman lands toward the end of the 19th century.

It was established on the initiative of the Shaykh al-Islam and Minister of Evkaf Hayri Effendi after the Grand Vizier Hüseyin Hilmi Pasha tightened the borders to prevent the smuggling of these artworks.

Originally opening its doors to visitors in 1914 with the name Evkaf-ı Islamiye Museum, or Islamic Endowments, the museum was called the Turkish and Islamic Arts Museum after 1924. In 1983 it was moved to Ibrahim Pasha Palace on Istanbul's famed Sultanahmet Square.

“Our museum is also known as the carpet museum around the world,” said TIEM Director Ekrem Aytar. “We exhibit three carpets that are from the Seljuk period. These are dated to the 13th century and there is no museum in the world where you have the chance to see three Seljuk carpets together.”

Aytar said that the collection housed around 1,700 carpets along with nearly 500 rugs, which are important objects in Turkish culture, and carpets from Iran and the Caucasus region.

However, the gate on display at TIEM is only half, explained Aytar. “One of the door wings was unfortunately stolen in 1969 and taken to a private museum in Denmark. It was for this reason that the gate was taken from its place at that time and brought to Mardin Museum,” he said and added that for further preservation and a wider audience it was later transferred to TIEM.

Aytar stated that the museum also contained a rich collection of manuscripts, “We have the chance to see various manuscript works from the Umayyad, Abbasid, Andalusian, Seljuk and Ottoman periods, many Quran al-Kareems, Fuzuli's 'Garden of Pleasures' and works of Muḥyiddin ibn Arabi.”

Aytar noted that every section of TIEM was rich enough to be a museum on its own. “We have nearly 40,000 works from different collections in our museum warehouses,” he said.

In the ethnography section, which opened in 2019, visitors can see the Ottoman Istanbul of the 18th, 19th and early 20th centuries in exquisite detail. “We also have exhibits with beautiful examples of the attire of Istanbul ladies of the time,” Aytar said.

The museum also hosts some 200,000 evraks – special manuscripts written on leaf-like metal plates, from the Ummayyad Mosque in Damascus. The manuscripts were largely damaged in 1911 due to a large fire in the mosque. The water used during efforts to put out the fire caused the ink on the manuscripts to wash away.

The manuscripts were later transferred to Istanbul and subsequently moved to TIEM. Now, they are displayed like they were back in the Ummayyad Mosque in Damascus, Aytar said and added that they working on introducing the manuscripts to visitors in interesting ways.

Aytar noted that the number of visitors was down during the COVID-19 pandemic period, "But we have visitors who know our museum and are addicted to this place. They never leave us,” he said and added: “We are pleased with the interest of foreign visitors. They come here in tours and visit our museum."

The museum is also trying to digitize the numerous artworks in its warehouses. Academicians or experts who want to examine the works in the repositories can apply to see the works that are being transferred to digital, all of which are open to researchers.