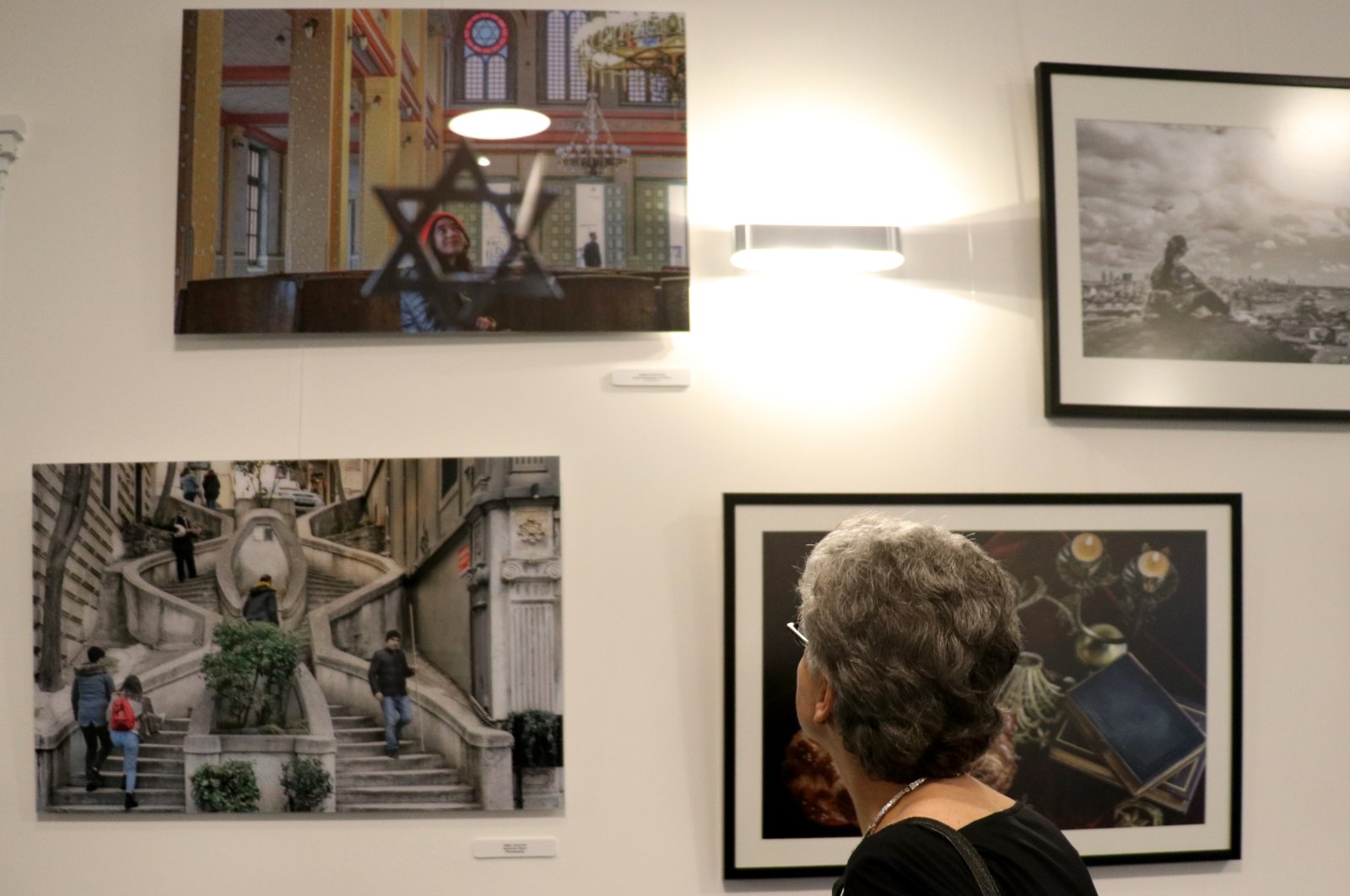 The Yunus Emre Institute (YEE), Turkey’s state-run agency that promotes Turkish language and culture around the globe, opened an exhibition featuring works by Sephardic Jewish artists from Turkey in its Amsterdam branch this September. The exhibition “Sepharad – Traces of a Multicultural Heritage,” which was set to close on Nov. 12, has been extended for two weeks due to the great interest of visitors.

The exhibition brings 33 Turkish Sephardic artists together at the YEE's Turkish culture center with 60 pieces of artwork, including paintings, glass art, sculptures, mosaics, ceramics, jewelry and photography. It is slated to remain open until the end of the month.

Speaking at the event, Şeref Ateş, head of the YEE, said that the institute extended the exhibition for two more weeks. "It's a nice exhibition showing how cultures from our history lived by supporting each other," Ateş said."Today, we talked about the stories behind these works," he said, adding that such exhibitions served to show "the contribution to humanity" made by nations that sustain and support each other, looking back from an age in which "migration is talked about as a problem."

Ateş also said the exhibition would be opened in Spain next year. Turkey's ambassador at the Hague, Şaban Dişli, congratulated the exhibition's contributors and added that the event was rooted in Anatolia's culture of tolerance.

The curator of the exhibition is the Istanbul-born artist Terry Katalan. Noting that Sephardic Jews have lived together with Turkish society for over 500 years, Katalan said: "The exhibition shows the integration of Sephardic people in Turkey with Turkish culture."

"I'm proud of this event for all Sephardic artists and myself," she added. "By bringing art-lovers in Amsterdam together with works rooted in the rich cultural heritage of the Ottoman Empire and Sephardic culture, we wanted to show that different groups can live in brotherhood."

For his part, Abdullah Akın Altay, head of YEE Amsterdam, said they started the project by contacting Katalan about two years ago.

Nisya Işman Allovi, the director of the Quincentennial Foundation Museum, said they were very pleased to be a part of the exhibition and that the museum collection included some works by Sephardic artists.

Award-winning veteran photographer Izzet Keribar, who won Turkey's Presidential Culture and Arts Prize in 2018, said he was proud to represent Turkey in the exhibition. He participated in the exhibition with two photographs of Ottoman architecture.