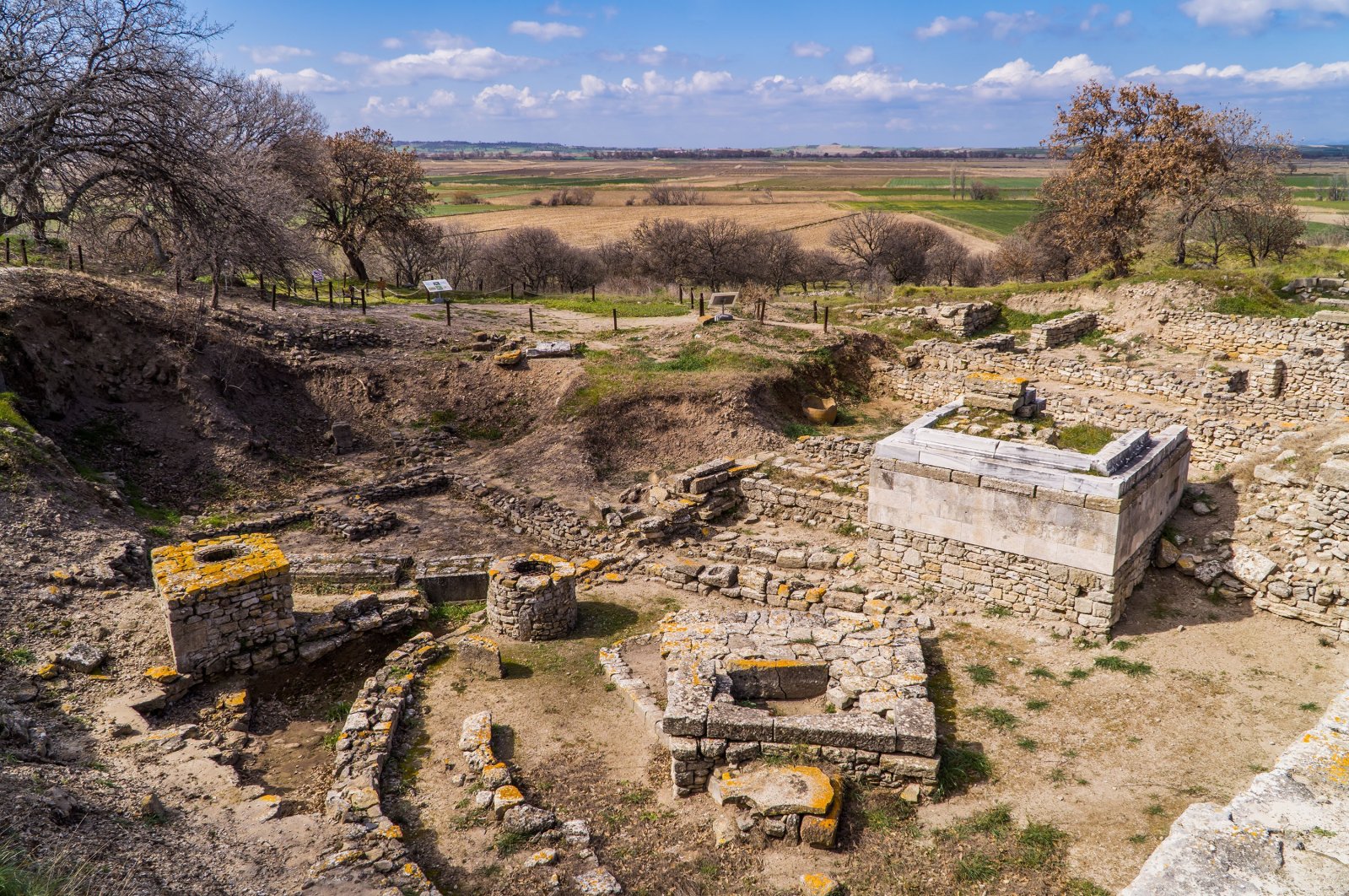 An exhibition to mark the 150th anniversary of the excavations in Troy, located in western Çanakkale province and spanning a history of 5,500 years, has opened in the ancient city. “Troy Excavations in the Light of Ottoman Documents in its 150th Anniversary" will be on display at Troy Museum until November 1.

Stating that the first studies in the ancient city were launched on June 29, 1871, Troy Museum Director Rıdvan Gölcük said: “It is not only the 150th anniversary of the excavations in Troy. 150 years ago, then-Minister of Education Saffet Pasha had expropriated the area of the ancient city 10 days before the excavations started. Therefore, it is the 150th anniversary of the expropriation of Troy.”

Noting that the exhibition looks at Troy from a different perspective, Gölcük continued: “The excavations in Troy are mostly told through the diaries of Heinrich Schliemann with a personal perspective. However, we offer a new perspective on these studies through Ottoman documents in the exhibition. For example, Schliemann wanted to buy some 40 acres of land from the villagers in Troy after applying for launching excavations on the site. When he owned the land, every artifact he unearthed would belong to him. Saffet Pasha saw this danger and almost 10 days before he gave Schliemann permission to dig the site, he expropriated Hisarlı Tepe, that is, the land of Troy. The excavation permit also included the provision that it was forbidden to take the artifacts abroad. Despite this rule, Schliemann smuggled these artifacts away in 1873.”

The director implied that Turkey filed a suit for the smuggled artifacts in Athens in 1874. “With this exhibition, we want to show all of these details about the excavations with the Ottoman archives,” he added.