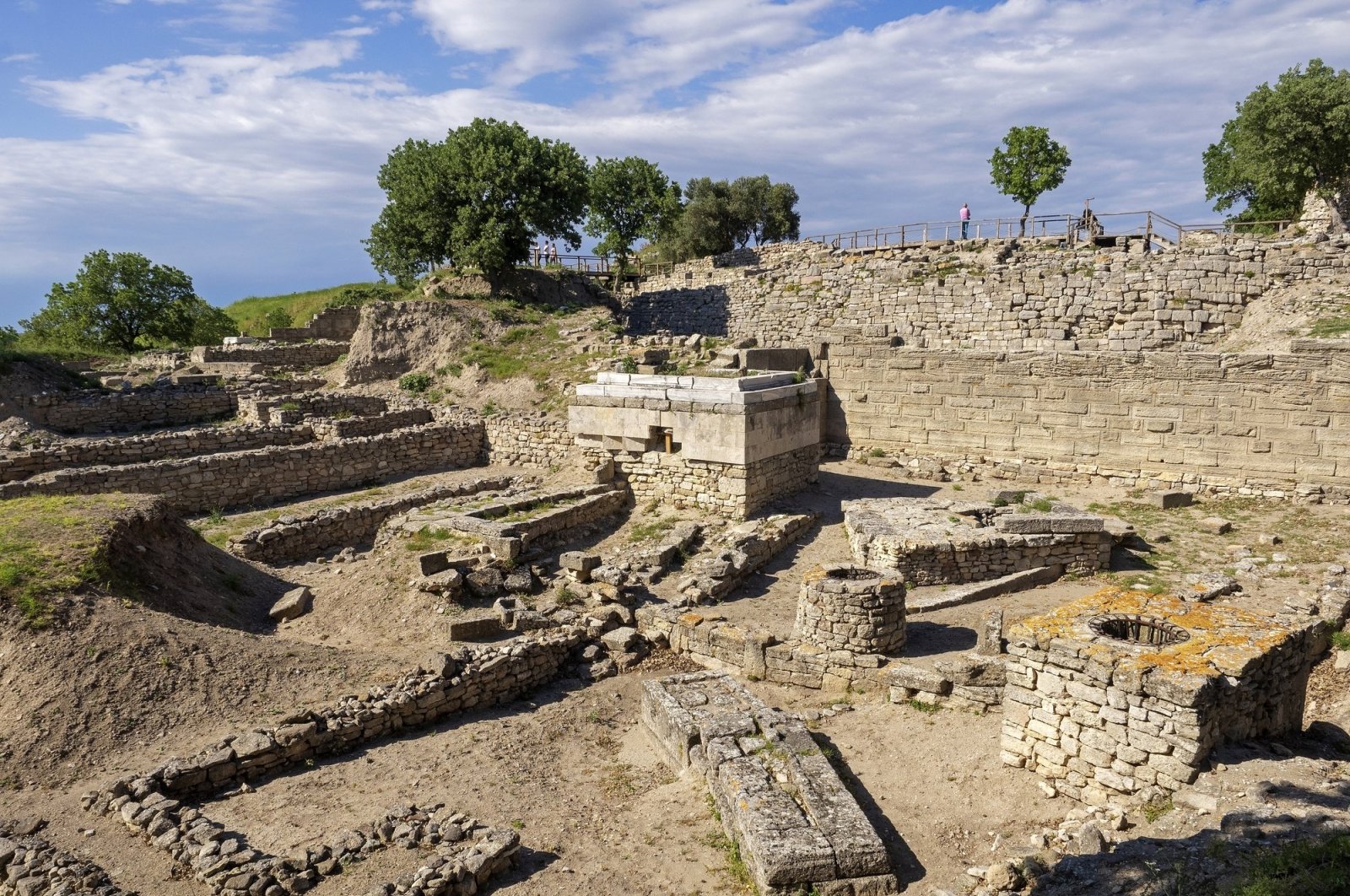 German businessperson Heinrich Schliemann excavated the ancient city of Troy in northwestern Çanakkale province some 150 years ago. Today, archaeologists are still trying to repair the destruction that he caused to the historical site.

Excavations in the ancient city of Troy, an open-air museum on the World Cultural Heritage List of UNESCO, sheds light on history. The site, where the first excavations were launched 150 years ago, has hosted many archaeological discoveries to date.

Located at the entrance of the ancient city and opened by President Recep Tayyip Erdoğan in 2019, the Troy Museum also takes its visitors on a journey into the past.

Professor Rüstem Aslan of Çanakkale Onsekiz Mart University (ÇOMÜ) faculty of science and letters' archeology department and the head of the excavations in Troy, told Anadolu Agency (AA) that Troy was first excavated by Frank Calvert in 1863, and official excavations were carried out first by Heinrich Schliemann in 1871. While the work was later resumed by Wilhelm Dorpfeld and Carl W. Blegen, the ancient site was revealed as one of the important areas of archaeological works in the world.

Noting that they continue to excavate the site throughout the year, Aslan continued: “Troy has been excavated for 150 years. During the official excavations of Schliemann, which started in 1871, both damages to the site and the theft of some artifacts from the site were two major issues. Recently, we have been mostly working to repair the damage caused during the Schliemann period."

Stating that the point where they have been working for the last few years in the area called "Troy II City Entrance" is a study area from the Schliemann period excavations, Aslan continued: "Schliemann cut the mound from top to bottom and destroyed it. Then, he stole the finds he had unearthed here in 1872. We are trying to eliminate the damage in this area. We are trying to repair what he destroyed, especially in the area called the Troy II castle, perhaps the richest city of the Troy period.”

“We are doing preliminary studies of restoration and conservation here. At the same time, we are trying to explain some of the dating problems of the place he destroyed in the archaeological sense with our findings,” he added.

Aslan lastly implied that the Troy Museum is the most suitable place to house the artifacts unearthed and smuggled from these lands and that it is waiting for these artifacts to be returned.