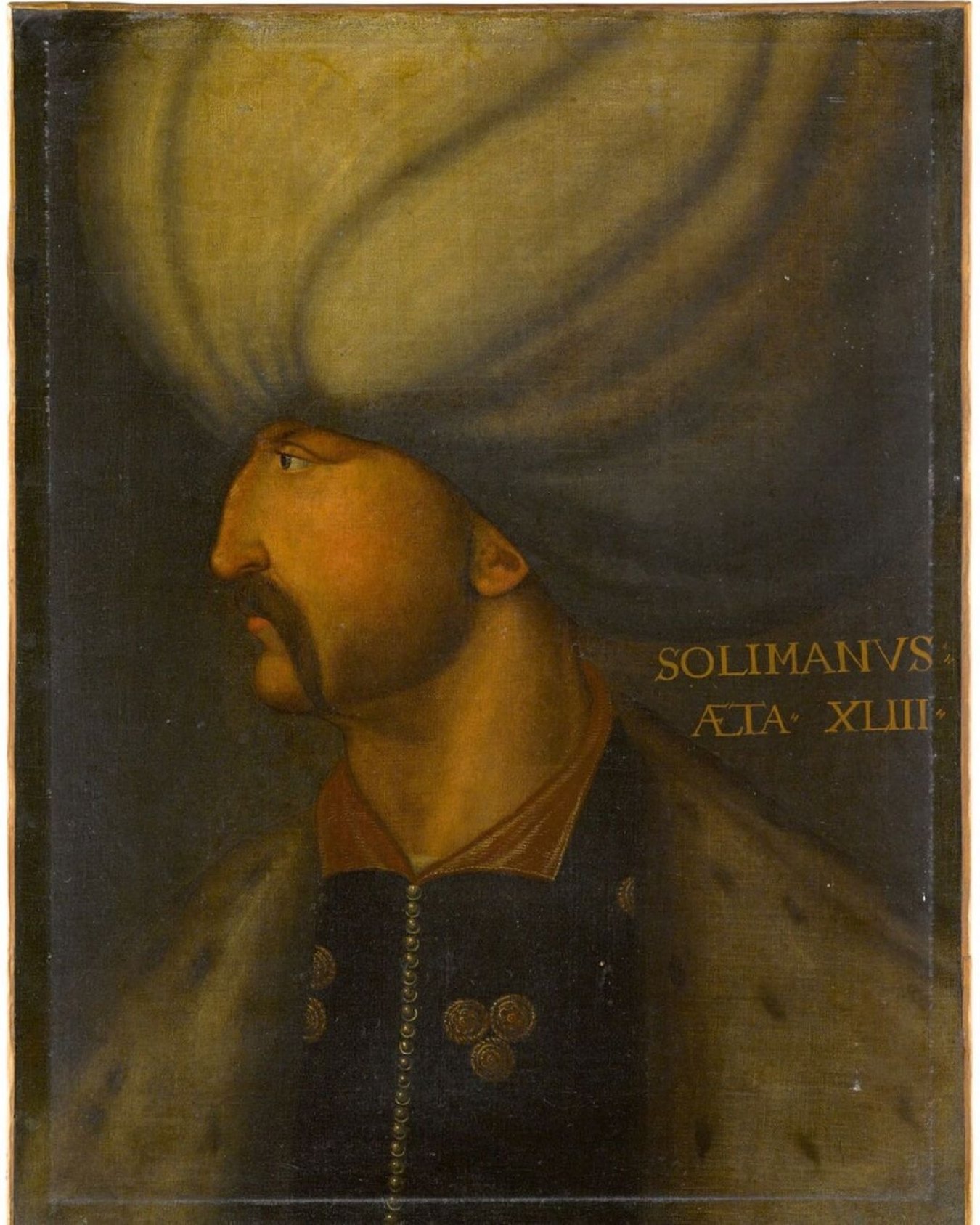 A portrait of Sultan Suleiman I is being auctioned off by Sotheby's. (DHA)
by Demirören News Agency Jan 13, 2022 5:35 pm
RECOMMENDED

London's Sotheby's has put up some 17th-century portraits, including Ottoman sultans and Amir Timur (Tamerlane), the Timurid Empire's founder, for an online auction. The series "Royal & Noble," featuring the Ottoman sultan portraits, is open for bidding until Jan. 20.

“Most of the art and objects in this year’s Royal & Noble Sale were found far from where they were created and indeed intended, but now they sit together, presented here in the light again and await the next chapter in their extraordinary histories,” Sotheby’s wrote for the auction series.

According to a statement by the famed auction house, the Ottoman sultan and Timur portraits of the auction series are based on the Giovio Series, which is a set of rulers and statespeople assembled by the 16th century Italian Renaissance historian and biographer Paolo Giovio (1483-1552). The series featured works on 484 figures of note and Giovio built a museum at Lake Como specifically to house them. Sotheby's informed that the Giovio Series has been damaged and not intact but copies made for Cosimo I de' Medici, the second Duke of Florence, between 1552 and 1568 are held at the prominent museum Uffizi Gallery in Italy's Florence.

The paintings comprise portraits of Ottoman Sultans Suleiman I – also known as Suleiman the Magnificent, Bayezid I – also known as Bayezid the Thunderbolt, Bayezid II, Murad II, Mehmed I, also known as Mehmed Çelebi, and Amir Timur. The auction house gave details about the history of the paintings: “These portraits are probably were bought by William Kerr (1605-75), the third Earl of Lothian, and was once hung in the Great Hall of Newbattle Abbey from the 17th to the early 20th centuries.”