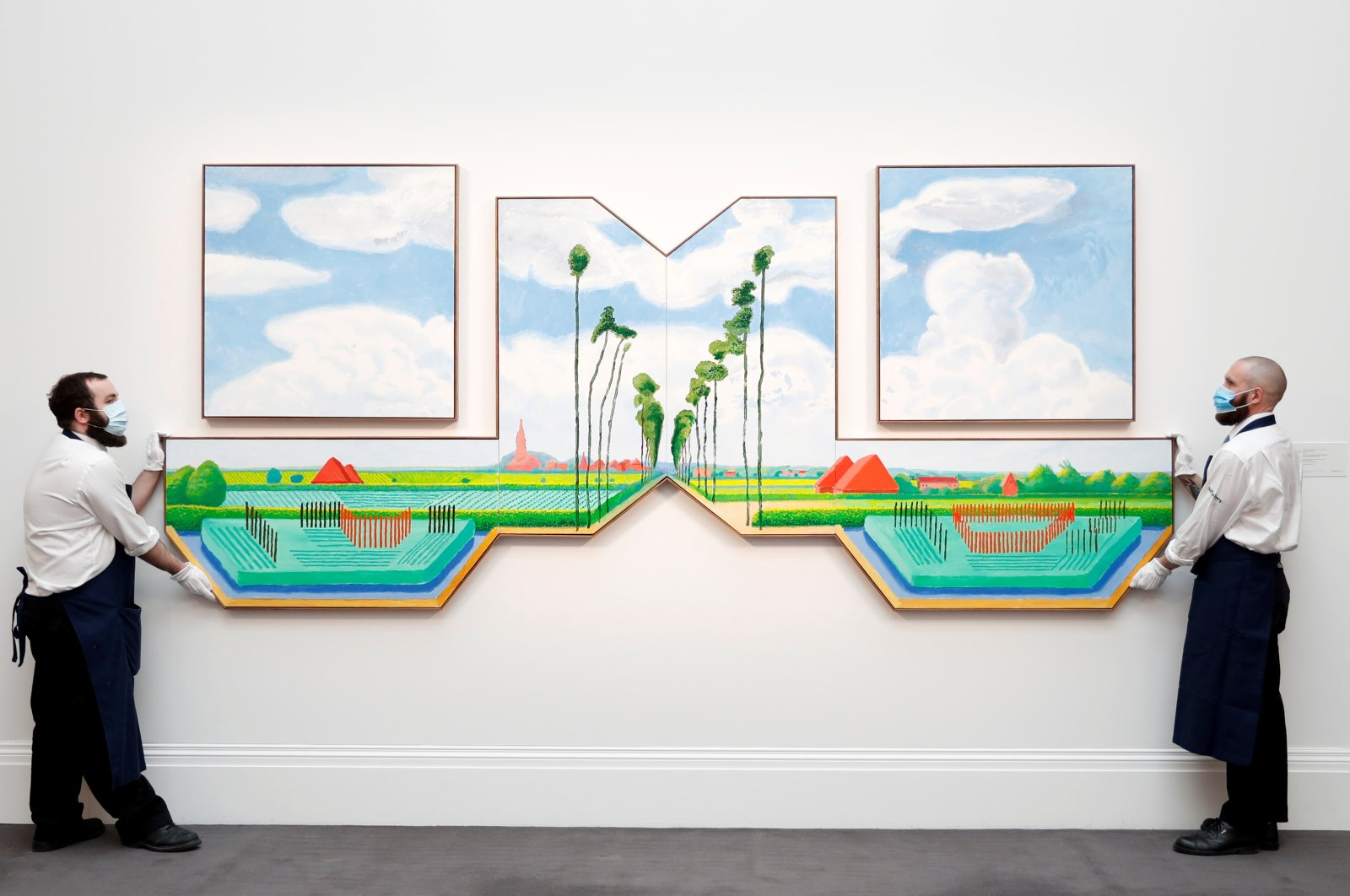 The London auction house Sotheby’s gets ready for the first major sale of 2021, to be held on March 25. Among the works to go under the hammer at the event titled “Modern Renaissance” are a painting by Edvard Munch, silverware by Pablo Picasso and a Banksy canvas.

“With the first sale of the year, after having quite a challenging year with the pandemic, we’re really back with a strong selection of pieces,” said Emma Baker, head of Sotheby’s London contemporary evening sale.

“It’s been challenging, but we’ve managed to mass together some incredible pieces from all over the globe.”

Other artworks on offer include “Portrait of a Youth” by 15th-century painter Piero del Pollaiuolo, with an estimate of between 4 million pounds to 6 million pounds.

Elusive street artist Banksy’s parody canvas of a 1991 Vanity Fair cover of actress Demi Moore, pregnant and naked, is on sale at between 2 million pounds to 3 million pounds.

More than two meters tall, “Original Concept for Barely Legal Poster (after Demi Moore)” features a naked, pregnant figure wearing a monkey mask and smoking a cigarette. The artwork was the poster image for Banksy’s “Barely Legal” exhibition held in Los Angeles in 2006.