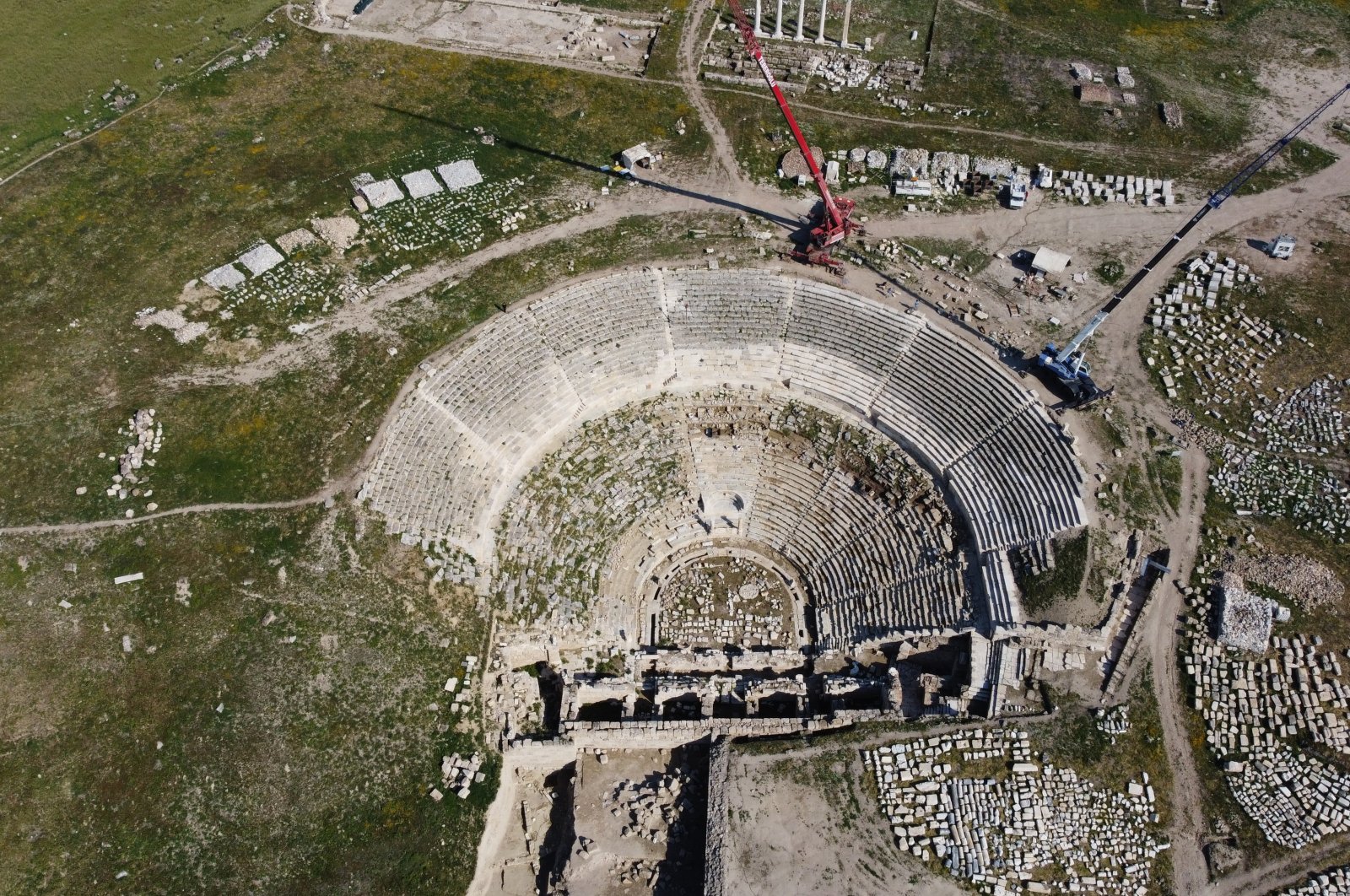 The theater built in the ancient city of Laodicea in Turkey's southwestern Denizli province 2,200 years ago will host spectators in a series of cultural events in the summer season following restoration work. The ancient theater in Laodicea, which is one of the leading cultural attractions of Anatolia, will be a center of events once more after a 1,600-year interlude.

Celal Şimşek, head of the excavations at the ancient city, told Anadolu Agency (AA) that they are trying to revive the theater with the capacity of 15,000 people while preserving its originality within the scope of the restoration project. The restoration of the ancient city has been carried out in cooperation with the Ministry of Culture and Tourism and Pamukkale University since 2003 and the work in the theater section was launched in 2016.

Stating that there were disruptions in their work from time to time due to coronavirus pandemic measures, Şimşek said, "The theater, built in the second century B.C., underwent restoration after the earthquake in the third century. The lower part of the theater, with a diameter of 96 meters (315 feet), is made of marble and the upper part is made of travertine. During our works, we noticed that most of the marble steps in the lower seating area were broken.”

Şimşek stated that they completed the theater with old properly cut rubble stones. Noting that the upper seating section needs a little restoration, he added that they will continue their work on this part with the stones brought from the travertine quarries they had analyzed.

The excavation team thinks that this Hellenistic period theater, which is the largest of the two theaters in the city, will attract the attention of visitors for its magnificent structure. "We aim to complete the restoration in May. Hopefully, we will open the theater in July or August. The world will witness the revival of a 2200-year-old theater here. We are planning to crown the opening of this historical place with a beautiful art event," Şimşek said.