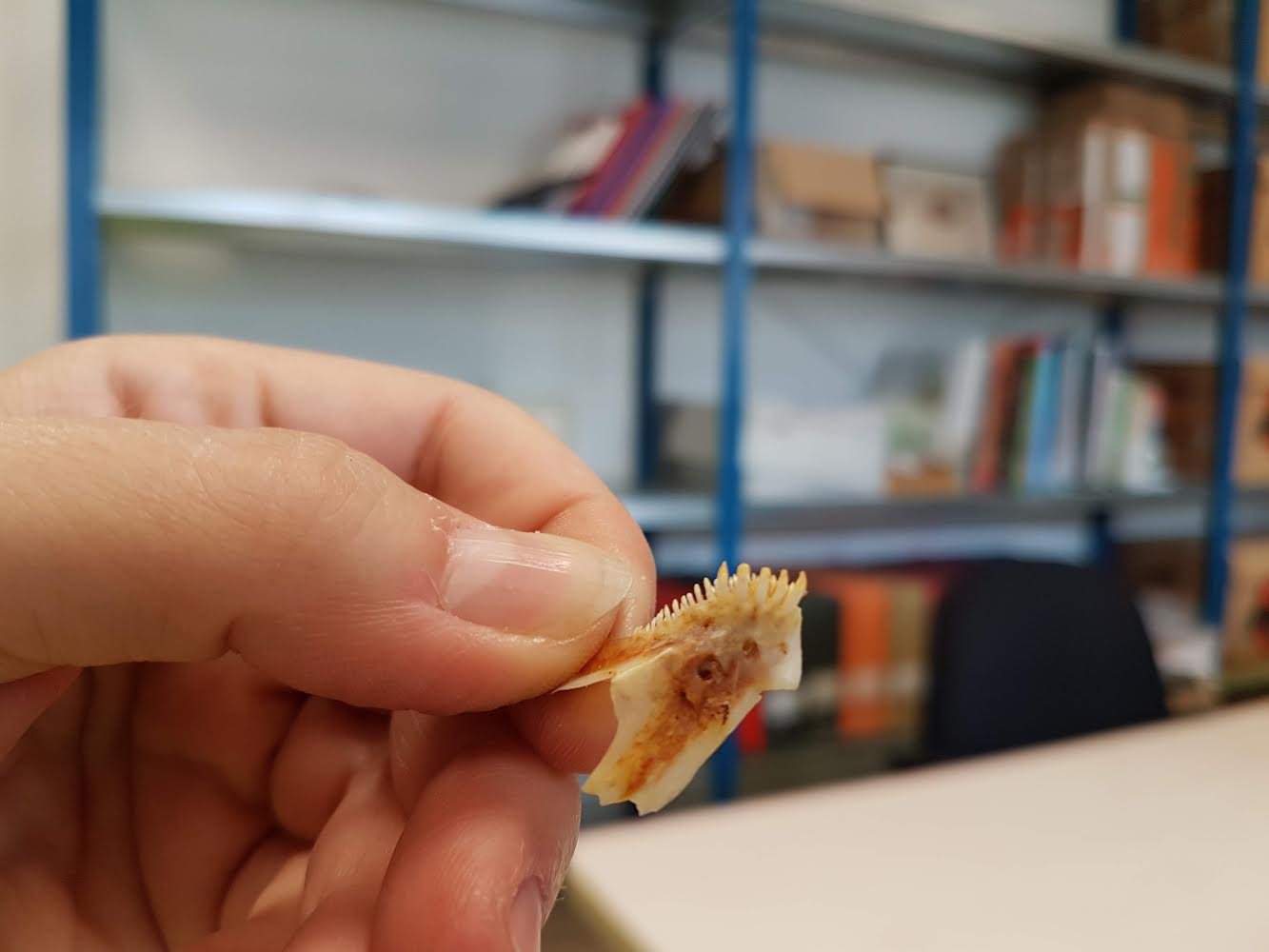 During the excavations in the ancient city of Patara, now part of southern Antalya province's Kaş district, fish skeletons dating back 2,300 years were found.

The excavations in Patara are carried out by a team led by Erkan Dündar, an archaeology professor at Akdeniz University. The team unearthed food waste leftovers of fish and animal bones and seashells when they were digging in the Tepecik area of the ancient city.

Skeletons belonging to sea bream, sea bass and other fishes are currently being examined. Fish skeletons have been found to be dating back 2,300 years ago.

Havva Işkan Işık, head of the Patara excavation team, said on Twitter on Wednesday that locals of Patara ate tuna fish and sea bream in the third century B.C.

Meanwhile, the excavations also found remains of purple dye from sea snails, some of which are about to become extinct in the Mediterranean Sea.

The ancient city of Patara was the capital of the Lycian Union in ancient times. It was one of Lycia's major naval and trading ports, located at the mouth of the Xanthos River. The city surrendered to Alexander the Great in 333 B.C. During the Hellenistic Period, the Lycian Council Building was built. It is regarded as a symbol of democracy in Lycia and a sign of its ancient glory.

Roman general Brutus captured Patara in 42 B.C. The Lycian settlement was then annexed by Emperor Claudius and turned into a magnificent Roman site with mesmerizing beaches along the Mediterranean Sea. The city later came under Byzantine and Ottoman control. The historical settlement has many important cultural assets, from the city gate and waterways to the theater and parliament building.