Excavations to proceed on ‘Zeugma of the Black Sea’ 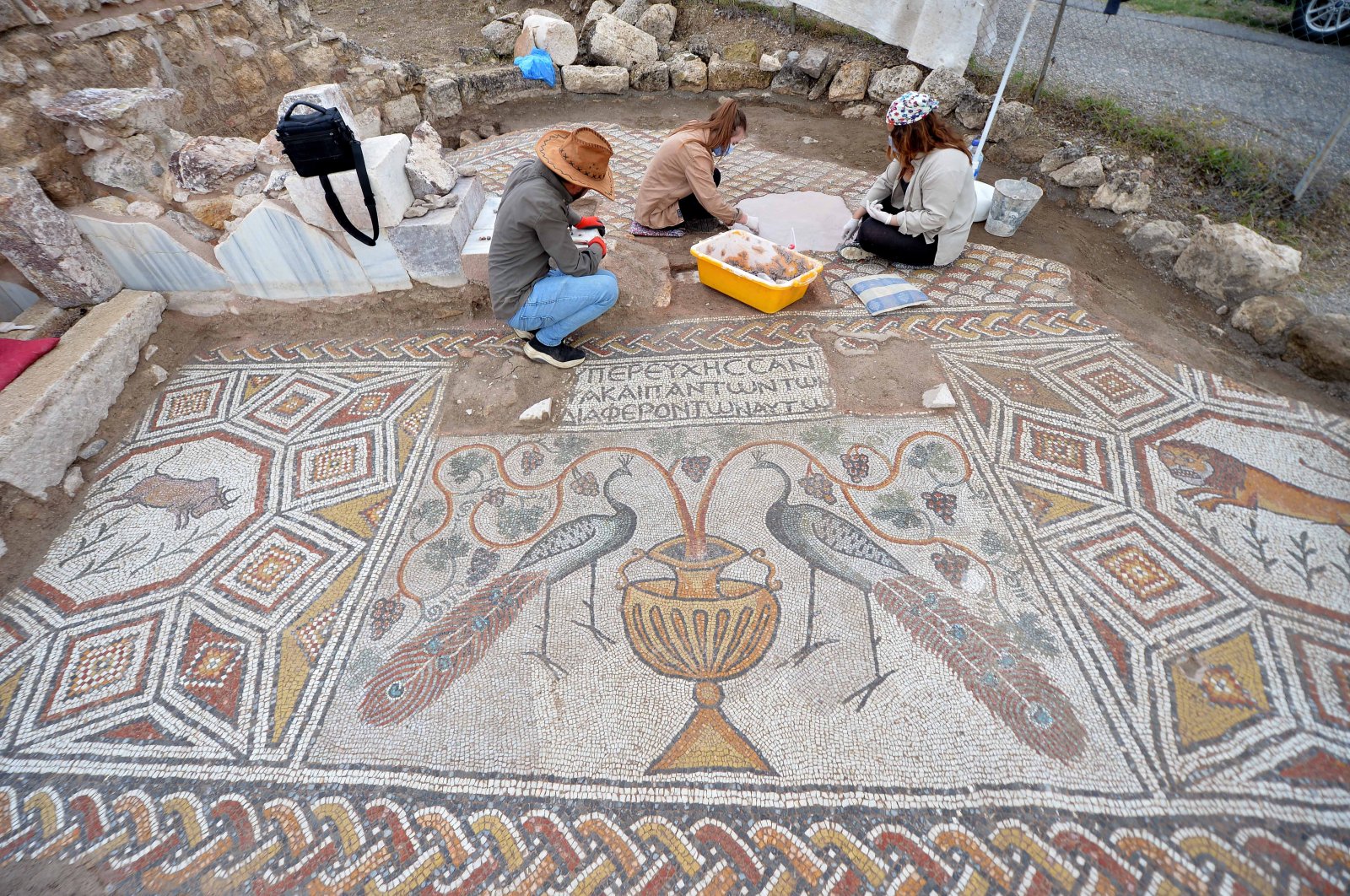 Excavations being carried out with a team of 45 people in the ancient city of Hadrianopolis, which is located in northern Karabük province’s Eskipazar district, will continue through December.

The ancient city – which is famous for its mosaics depicting many animals such as horses, elephants, panthers, deer and the griffin – is estimated to have been used as a settlement in the Late Chalcolithic, Roman and Early Byzantine periods. It is known as the "Zeugma of the Black Sea" due to its similarities to the Zeugma mosaics in the country's southeastern province of Gaziantep.

The excavations began in 2013 and have been scattered across 14 structures, including two baths, two church structures, defense structures, rock tombs, a theater, an arched and domed structure, city walls as well as several other buildings. During the previous studies carried out under the supervision of Karabük University Archeology Department Lecturer Associate Professor Ersin Çelikbaş, ancient coins, bone buckles, unguentarium (tear bottles), 2nd-century tombs, votive plates, pottery and offering pits from the Late Chalcolithic period were unearthed.

In the latest works, 1,800-year-old grave offerings consisting of an oil lamp, medical instruments (catheter), rings and mirrors were unearthed from a woman's grave. The movable objects among the findings obtained during the excavations in Hadrianopolis have been taken to museums in the surrounding provinces, while the immovable objects are being preserved in their place.

Çelikbaş noted that the recent excavations will focus on three parts of the ancient city. “The first of these is the southern necropolis. We can say that there is an area of rock tombs in this part. The rock tombs provide us with good data in terms of reflecting the burial traditions of the region. Another excavation point is a square planned structure whose function hasn't been fully figured out yet. We will solve the function of the building in the further excavation works. Our other excavation area is in the structure we call the northwest necropolis church. The excavation here has been going on for three years. It will probably be completed this year and then we will go on with preservation works."