Get lost in world art with Spain's best galleries, museums 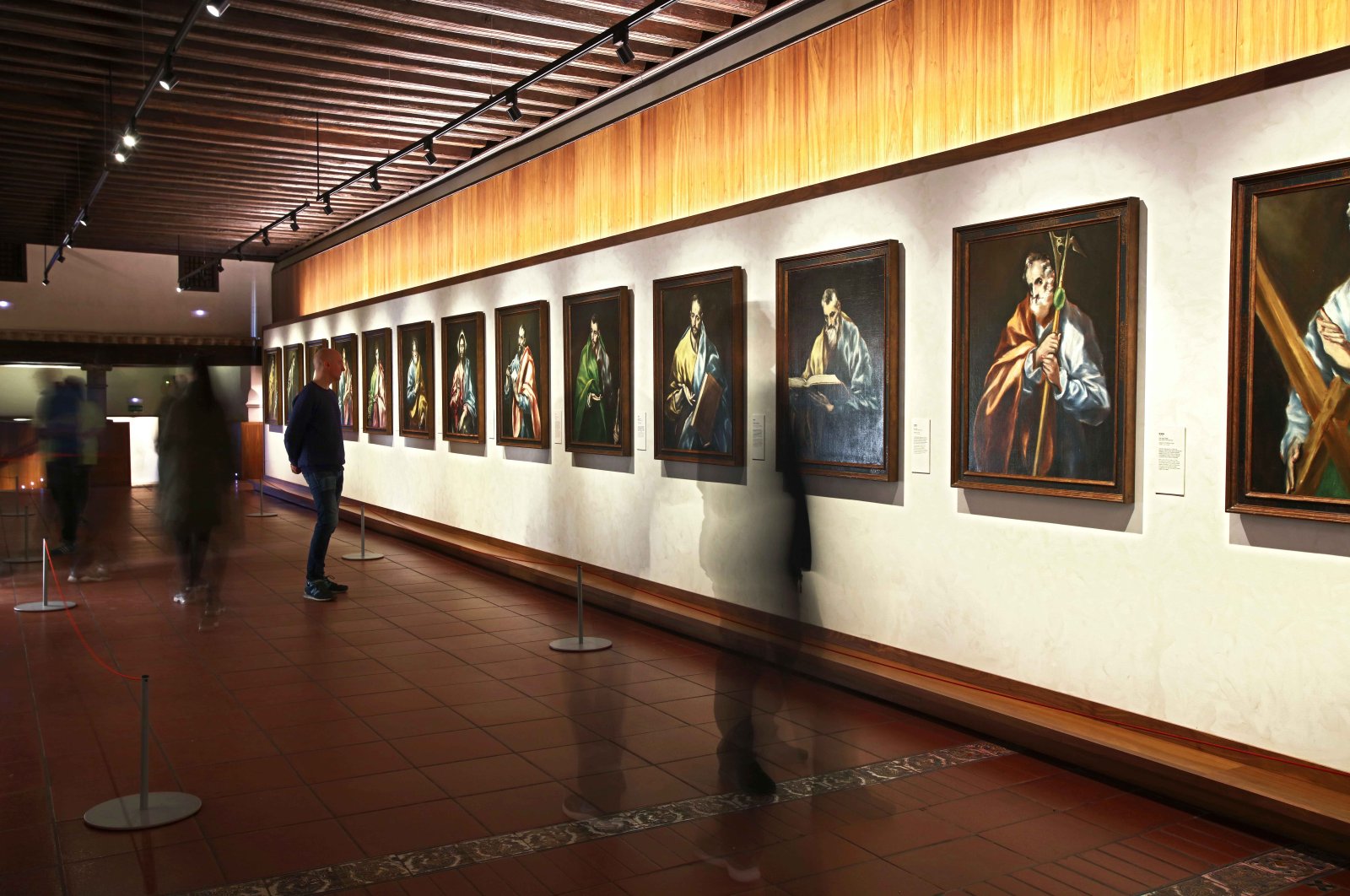 Spain is truly an art paradise for enthusiasts. From the Prado to Picasso museums, the country promises an enjoyable experience among the world-class art treasures for its visitors. Let's explore 10 of the best places to go to see the art of Spain together.

Here's the place for a who's who of art history, all gathered in a private collection. The Thyssen-Bornemisza National Museum in Madrid houses pieces by Rembrandt Harmenszoon van Rijn, Henri Marie Raymond de Toulouse-Lautrec-Monfa, Edvard Munch, Henri Matisse, Claude Monet, Paul Gauguin, Wassily Kandinsky, Oskar Kokoschka, Vincent Van Gogh in a historic city palace and the extension. The museum is part of Madrid's impressive art triangle, together with the Museo del Prado (Prado Museum) and the Nationalmuseum Reina Sofia Museum.

Everyone heads straight to "Guernica" by Pablo Picasso, a 27-square-meter (90-square-foot) outcry against war in Madrid's Museo Nacional Centro de Arte Reina Sofia. The painting, which is about the bombing of the Basque city in 1937, shows a horse in agony, a mother holding her dead child and a man appealing to the heavens instead of the Spanish Civil War's soldiers and airplanes. While other exhibits come and go in the museum, the monumental works of Spanish art, especially including ones by Picasso and Salvador Dali, remain as staples.

The Prado Museum is the main Spanish national art museum, based on the former Spanish Royal Collection. The museum is lined with old masters, whether it's Diego Velazquez, Fra Angelico, Hieronymus Bosch, Tintoretto, Titian, Lucas Cranach the Elder or Anton van Dyck.

There's an unparalleled selection of works by Francisco de Goya (1746-1828). Alongside insulting royalty by showing them as foolish, the court artist also created what are known as his Black Paintings showing the depths of the human condition.

Like the Louvre in Paris, it can get crowded in the Prado Museum. But if you want to enjoy a quieter gallery in Madrid, try what's known as the hidden Prado - the art museum of the Royal Academy of Fine Arts San Fernando. There, you'll have enough space to contemplate works by Goya, Giuseppe Arcimboldo, Domenikos Theotokopoulos, better known as El Greco, and the religious Baroque painter Francisco de Zurbaran in peace.

Speaking of El Greco, Spain's great Greek was originally from Crete. He long worked in Toledo, not far from Madrid. Now, you can visit a fabulous collection in his recreated home and studio in the Spanish city.

Imbued with religious intensity, his compositions are characterized by a depth of space, elongated figures, and almost supernatural contrasts of light and shadow.

"Everything happens on its own, like the rhythm of nature," said Joan Miro (1893-1983). Set in the greenery of Barcelona's local mountain Montjuic, the choice of location for the Miro Museum was no coincidence. Architect Josep Lluis Sert, a friend of the artist, created the setting for an impressive exhibition of his work.

In Barcelona's Montjuic, Spain built an impressive palace for the 1929 World's Fair – now home to the Catalan National Museum (MNAC). It houses works from the Middle Ages to the highly modern, with Romanesque wall paintings and an outline of European art from the 16th to the 19th century, plus Picassos.

Picasso lived in Barcelona for some time and the city has created a museum in his honor, as has Malaga, where he was born.

Both are housed in palaces and complement one another. The Picasso Museum in Barcelona was founded during his lifetime at his request, despite the fact that he no longer wanted to set foot in Spain during the Franco dictatorship.

Indoors, this world-famous museum houses temporary exhibitions alongside Richard Serra's monumental steel sculptures. Outside it's just as impressive, with the oversized dog made up of flowers, "Puppy" by Jeff Koons. And then there's "Maman" facing the Nervion River, a bronze spider by Louise Bourgeois.

The Guggenheim's architecture is a work of art in itself, by Canadian Frank Owen Gehry. The walls and roofs bear coverings of gossamer titanium panels that shine silver or gold depending on the light.

The avant-garde building, constructed between 1993 and 1997 as part of the city's redevelopment, has transformed Bilbao's image, making the former industrial dumping ground into a tourist magnet that continues to benefit the whole of the region.

One wish, however, remains unfulfilled – though a room was made ready: To bring Picasso's "Guernica" to the museum, as the real Guernica is only 35 kilometers (22 miles) away.