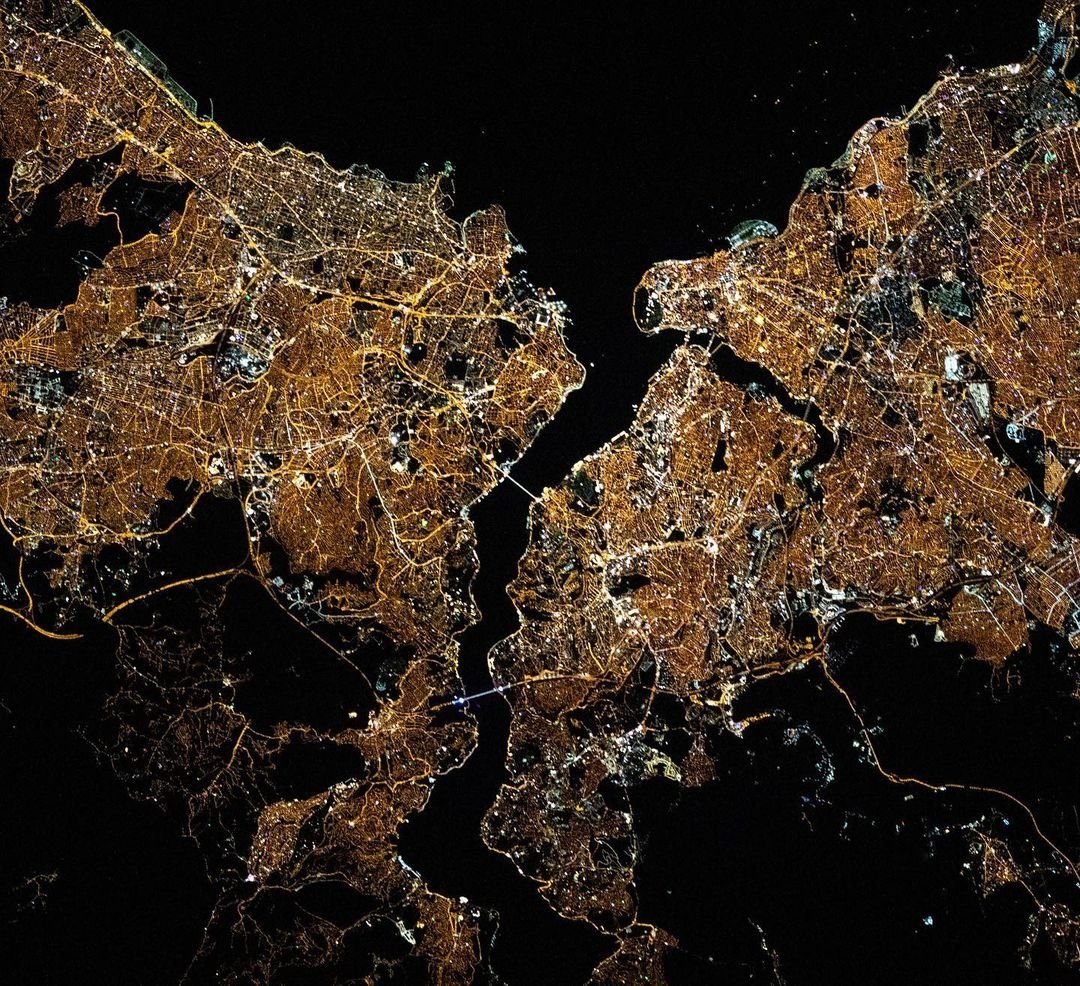 A night view of Turkey's Istanbul, taken from the International Space Station (ISS) orbiting around Earth, shows the city glowing with lights, May 10, 2021. (NASA via DHA)
by Daily Sabah with IHA May 27, 2021 10:21 am
RECOMMENDED

The United States National Aeronautics and Space Administration (NASA) has been exchanging niceties with Turkey for a while now, and most recently the American institution shared an orbital photograph of Istanbul taken from the International Space Station (ISS) on its social media account with the caption, "Hey Istanbul. You're glowing."

The photograph, captured May 10 from the ISS while it was orbiting 423 kilometers (263 miles) above the Black Sea, attracted great attention from both Turkish and foreign users. The picture provided an amazing opportunity to see the night lights of one of Turkey's most famous cities, split by the Bosporus and the Golden Horn.

It was not the only photo of Turkey taken from the ISS that has garnered international attention in recent times, as astronaut Kate Rubins' shot of eastern Turkey's Lake Van last month was crowned the winner of NASA's weekslong online photographic competition.

The photo, captured by Rubins from the ISS on Sept. 12, 2016, depicted the lake in eastern Turkey with its swirling cerulean and azure waters.

These photographs that astronauts regularly take from the ISS are not only for fun and being awestruck; NASA ensures they also serve scientific purposes.

The photographs provide a record to check how planet Earth is changing over time. They enable us to observe the effects of various events, “from human-caused changes like urban growth and reservoir construction, to natural dynamic events such as hurricanes, floods and volcanic eruptions.”

NASA even partnered with Google on this subject, as the American tech company recently announced a new feature for its Google Earth app.

In order to vividly illustrate and make visible the effects that climate change has had on glaciers, beaches, forests and other places around the world, the app now includes a tool that provides a time-lapse, by drawing upon nearly four decades of satellite imagery.

Google said it worked on the project in partnership with NASA, its European counterpart and several other agencies, in hopes of raising awareness by making the concept of climate change more tangible.