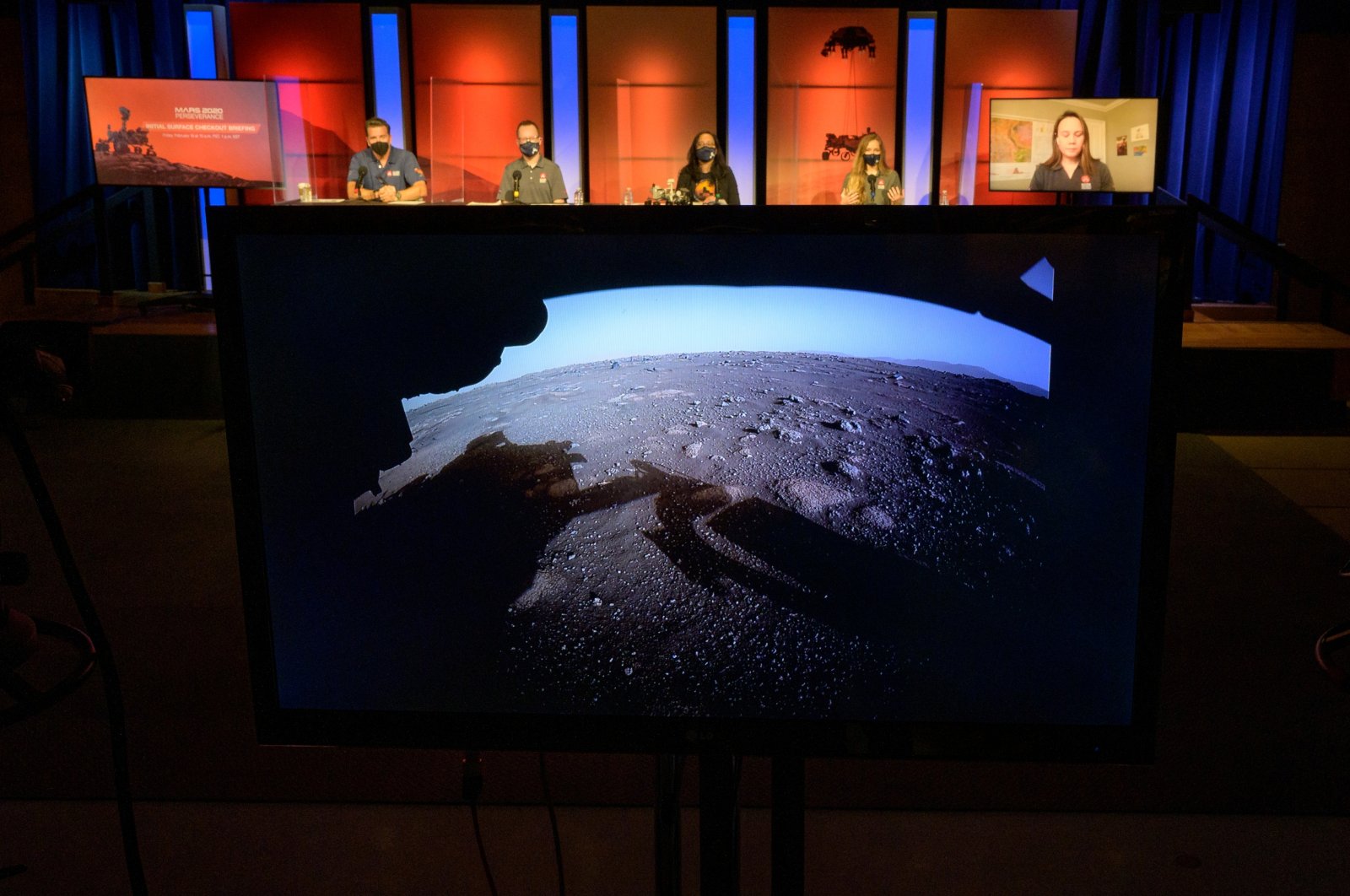 The first high-resolution, color image to be sent back by the Hazard Cameras (Hazcams) on the underside of NASA’s Perseverance Mars rover after its landing is shown during a NASA Perseverance rover initial surface checkout briefing at NASA's Jet Propulsion Laboratory in Pasadena, California, U.S. Feb.19, 2021. (NASA/Bill Ingalls/Handout via Reuters)
by French Press Agency - AFP Feb 22, 2021 10:22 pm

The U.S. space agency NASA on Monday released the first video of the landing of the Perseverance rover on Mars.

The video clip, lasting three minutes and 25 seconds, showed the deployment of the parachute and the rover's touchdown on the surface of the Red Planet.

"These are really amazing videos," said Michael Watkins, director of NASA's Jet Propulsion Laboratory. "This is the first time we've ever been able to capture an event like the landing on Mars."