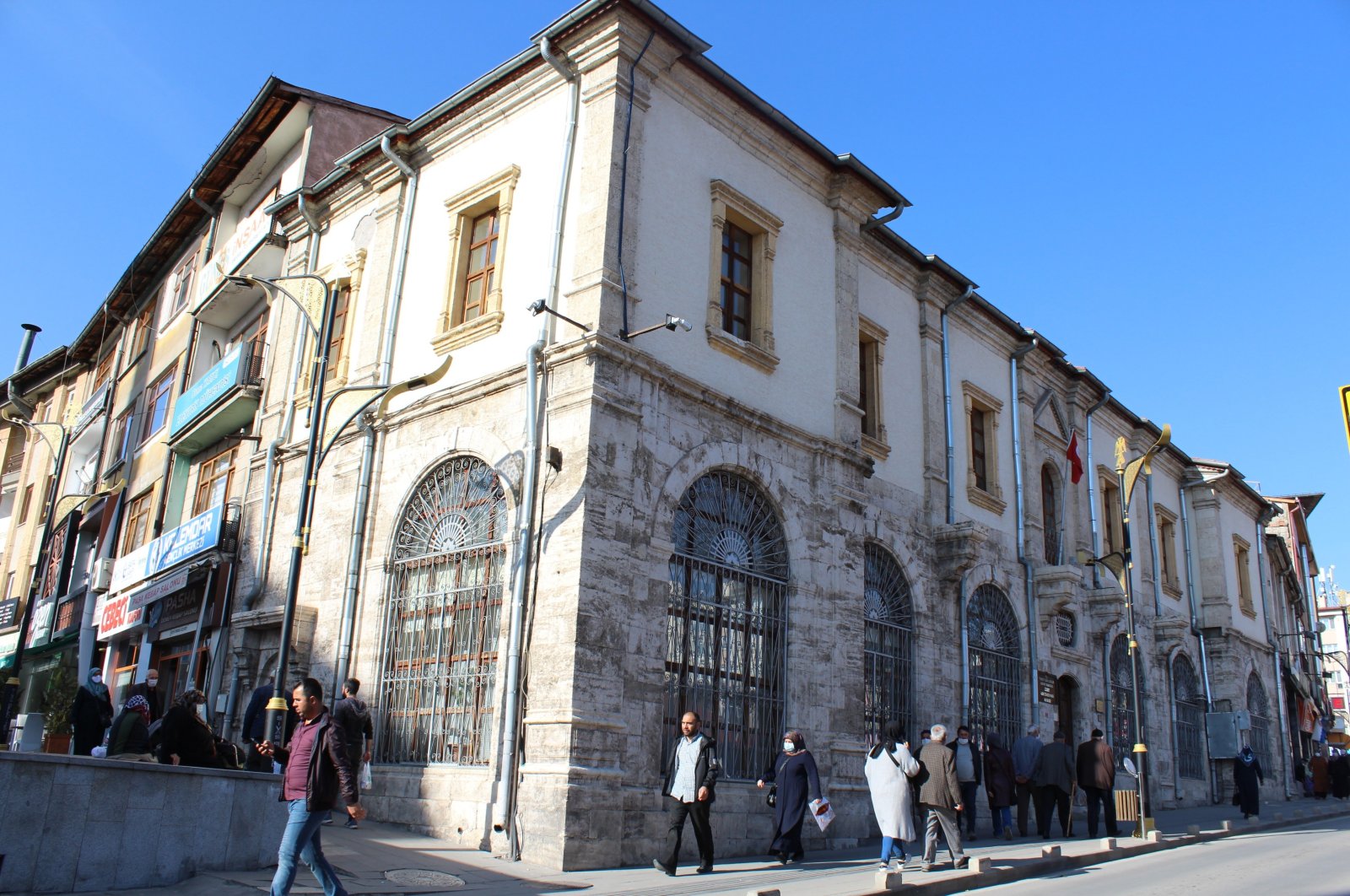 The Ziyabey Manuscripts Library in Sivas hosts thousands of manuscripts taught in madrassas (Islamic institution of higher education) during the Seljuk and Ottoman periods. The library, which also hosts rare works that have no other examples in the world, draws attention with the way it was built. The building, built by prisoners on land belonging to a cemetery for the homeless, is unique in terms of its construction. The security measures in the library housing priceless works are no different from those imposed at banks.

The Director of the Ziyabey Manuscripts Library Dahiye Karagülle stated that the works in the library and the way the building was constructed were unparalleled. “The library was built by Yusuf Ziya Başara in 1908. Governor Muammer Bey insisted that it be built on this land, which is described as a part of the cemetery for the homeless. Ziya Bey, used part of his family's charitable foundation, the Daru'r Raha Foundation, using part of the revenues from a salt quarry to build the library," she explained.

Each library closes a prison

Karagülle explained further: "In terms of its construction and the works in it, the library is perhaps one of the rarest buildings in the world. Prisoners were used as workers in the construction of this building. This event is very rare in the world. Based on the idea that a library closes a prison, this project was developed at the time. The works in it equip this library with the rarest works that could not be found anywhere in the Anatolian geography, including Istanbul, or anywhere in the Ottoman Empire at that time. That's why our library is a magnificent and beautiful library from its foundation period to this day.”

Karagülle noted that thousands of works taught in large madrassas are preserved in the library and said: “Currently, we have 1,616 written works as manuscripts, and there are 17,600 more printed works. Among them, we have three works that are estimated to be the only copies in the world. They are works belonging to the 15th century and some of them are works of fiqh (Islamic jurisprudence), some of them are works of poetry and literature. Not only the madrassas belonging to Sivas, but also the books of many madrassas outside Sivas are also preserved in our library. The books of the Sahabiye Madrassa Muderri, Ahmet Es Sivasi's books, the Bursa Madrassa, the works of the Kayseri Serçeoğlu Madrassa, the works of Fatih Sultan Mehmet Han's Madrassa, the works of the Merzifon Madrassa, Şifahiye and Gök Madrassas are in our library."

The past transformed into present

Karagülle stated that the artifacts are under protection in order to pass them on to future generations, but researchers who want to benefit from the artifacts can view them in the digital environment. Karagülle said: “Our researchers can access and scan these works from the portal of our Presidency of Manuscripts. In fact, there are books published by our presidency, and there are opportunities to view, buy or download them. We present the catalogs we have prepared to our researchers where they can identify their desired work in the detailed catalog. They then complete a formal request by filling out the request form we will provide and stating the purpose the works will be used for. Then, they apply to us with a photocopy of their identity card, either we provide the works digitally or online through the system. At the moment, we provide online services not only to our professors in Turkey and Sivas but also to professors at Harvard University, in Morocco and many universities abroad."

Karagülle underlined that there are high-level security measures in the library and said: “We have a 24/7 camera system and our rooms are protected for six months with this camera system. Apart from that, we have alarm systems. After 5 o'clock, this alarm system is activated and they are informed about the slightest movement with motion sensors, monitored directly by Kayseri Aselsan. Then the responsible person is called and if the necessary information is not received, the police come directly here. Apart from that, chips have been placed inside the books. Books cannot be released from the institution under any circumstances. Our writing works section has two doors, fingerprint readings are taken at the entrances of these two doors, and it is absolutely impossible to open these doors without our fingerprints.”