Holy Quran handwritten six centuries ago amazes those who see it 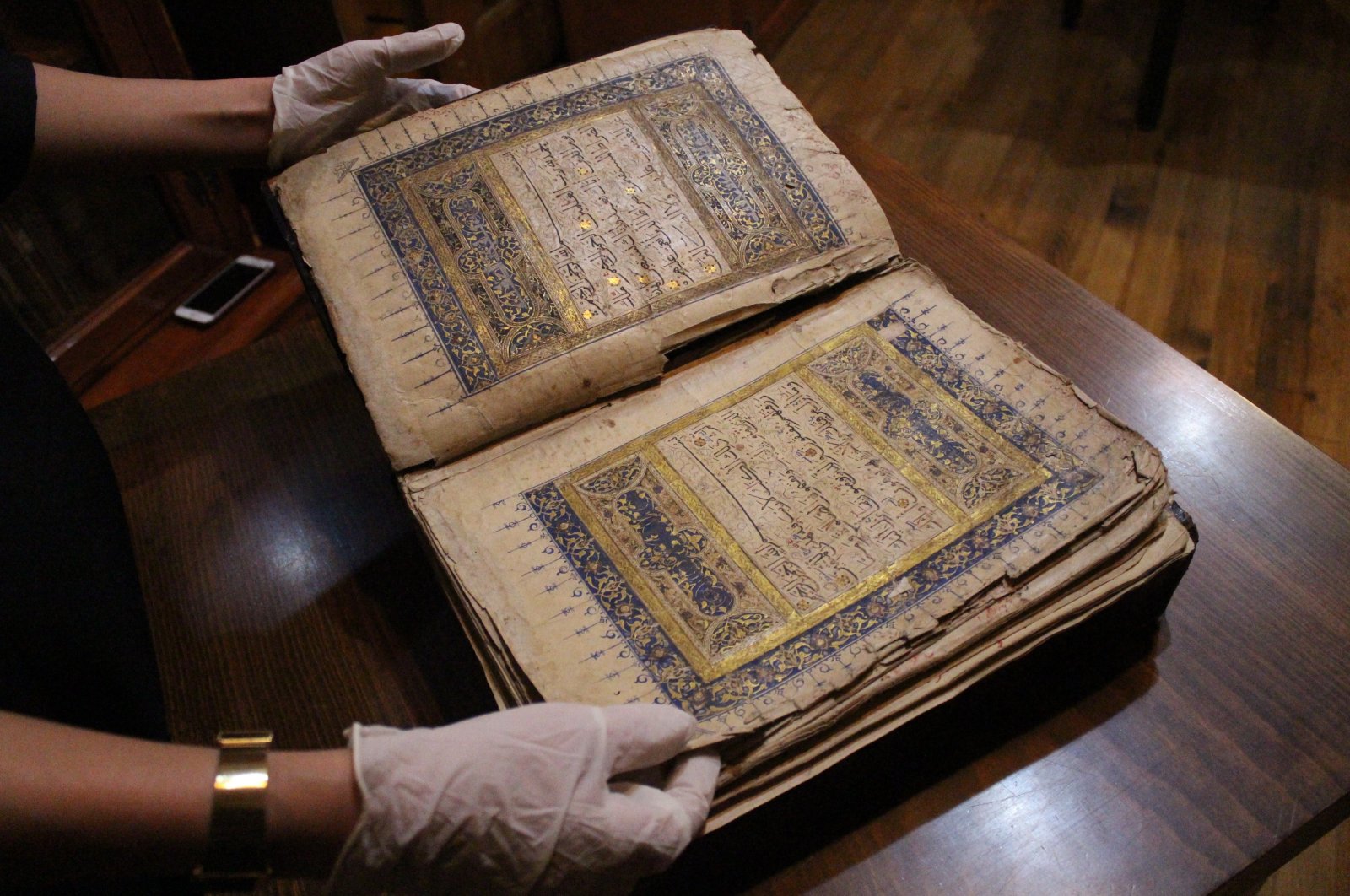 The Quran, which was donated to the Ziya Bey Manuscripts Library (Ziya Bey Yazma Eserler) Kütüphanesi in central Sivas province by a citizen, was written by Islamic calligrapher Meliki El Eşberi in 1473. Handmade papers were used in the Quran and the letters were written using the "Muhaqqaq" style of calligraphy instead of the "Naskh" script that is normally used. Only researchers can see the original of the Quran. Citizens, on the other hand, can access digital copies of the Quran after fulfilling the necessary procedures.

The Director of Sivas Ziya Bey Manuscripts Library Dahiye Karagülle stated that citizens who want to see the Quran can access their digital copies. "One of the most distinguished works of our library is our 1473 Quran manuscript, which belongs to the 15th century. It is really beautifully written, which will impress anyone who sees it. The peculiarity of this Quran is that the titles are written in kufic script on the first page. We see that the Quran, which is normally written in Naskh style of calligraphy, is written with Muhaqqaq script here. While there is information about the number of verses, words and letters at the beginning of the sura, the Official Osmani and Ali Mukaar spellings have been used together. We see that the information about the recitation is on the side," she said.

Karagülle continued: "Its calligrapher is Meliki El Eşber. The Quran, which consists of 329 pages, was donated to the library by one of our citizens. It is not possible for us to display our holy Quran, which is a precious work like many of our other works, to everyone when they come and visit our museum. Our researchers can see it, and when other citizens want to see it, we give them digital copies as long as they follow the necessary procedures. Our works are old, they should not be handled too much as they can be damaged. That's why the office of the head of the institution we take as much care as possible."