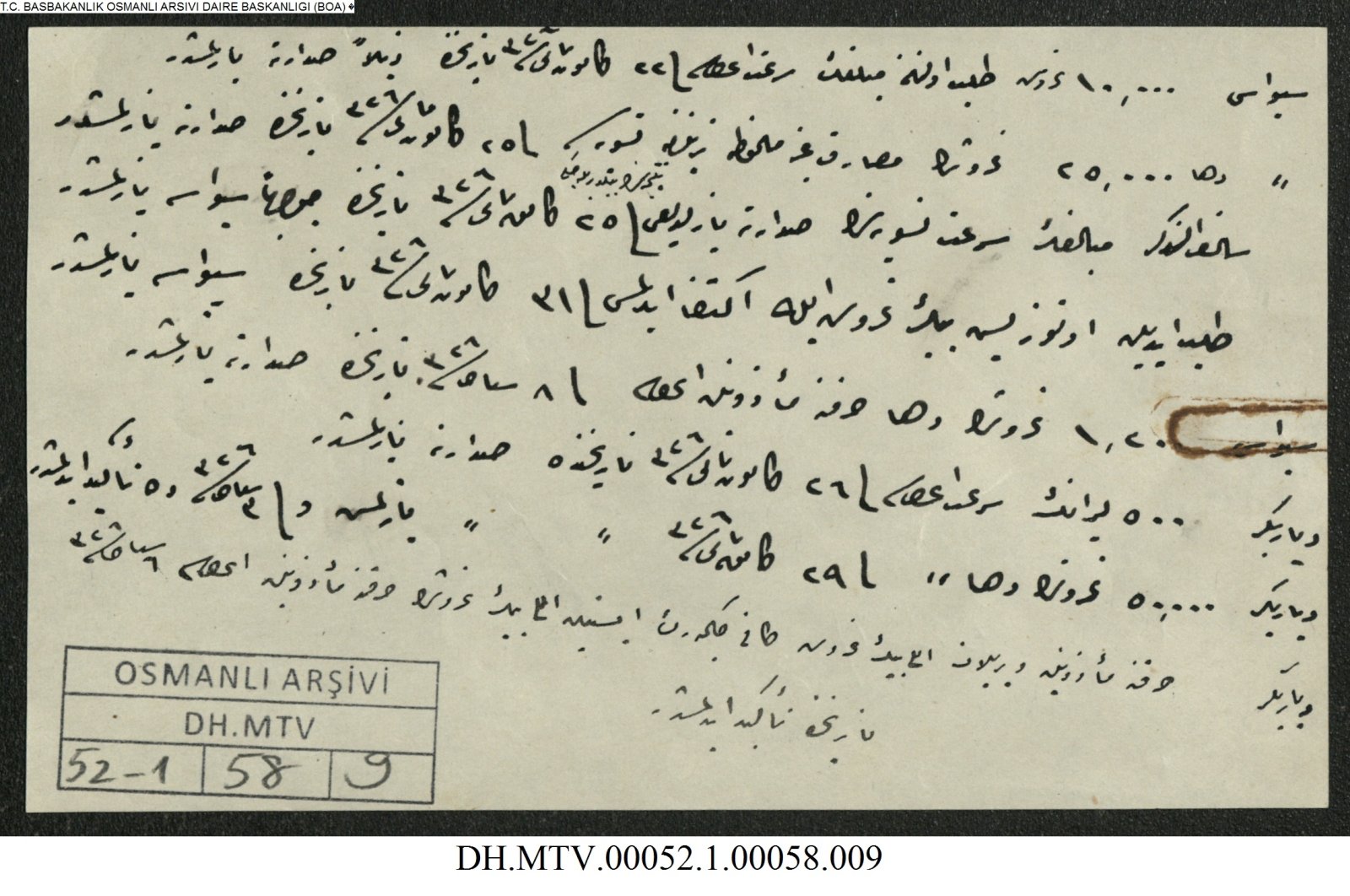 Ottoman Empire archives feature documents on extreme weather events that affected the country from the 16th century to the beginning of the 19th century. The documents, kept in the Turkish Presidency Directorate of the State Archives, provide detailed information about the weather events and the measures the state took to handle them.

The documents reveal that disasters such as heavy rains, floods, droughts and storms were frequently experienced in the empire. Among the documents, the ones detailing floods after heavy rains and the measures taken by the administration stand out.

In this context, a record of a ferman (edict) of Sultan Selim II to Istanbul qadi reads that there was a great flood due to the heavy rain on the 17th day of the Şafer month in the Islamic calendar, which coincided with June 8, 1574. In this document, it is written that the houses were flooded and destroyed from Yenibahçe in Fatih to the sea due to construction over karez (a system for transporting water from an aquifer or water well to the surface through an underground aqueduct) and sneaky duping.

As a result of the discovery made by palace sergeant Ibrahim and architect Muslihiddin, who were sent to the disaster site to assess the issue, it was determined that the houses and shops built on the karez should be removed, the destruction in the karez areas should be repaired, and some bridges and arches should be expanded. For this reason, it was ordered that the houses built on the karez would be demolished, the arches and bridges that need to be expanded would be built by their foundations or owners, and those who damaged the karez and caused them to become clogged by dumping garbage would clean and repair them, according to the document.

Among the documents, there is also a record of a ferman sent to the governor of Egypt during the reign of Sultan Murad III. In this ferman, dated April 9, 1577, it is said that a flood is expected in Mecca, and 27,000 filoris will be spent to expropriate the houses above the flood areas in the city and to build massive walls on both sides of the flood zone. The ferman orders the necessary money be given from the Egyptian Treasury and a reliable man should be appointed for the spending of the money.

On the other hand, since the middle of the 19th century, the Ottoman Empire also struggled with famine due to floods and locust invasions, and the measures taken against it can be seen in the documents in the archives. A document of the Meclis-i Vükela (The Council of Ministers) dated Aug. 14, 1887, details, for example, the decision to extend the exemption from the customs applied to foodstuffs brought to Baghdad via the sea and river one more year in order to prevent famine after the flood disaster and locust invasion in the city.