If the walls could talk: Rediscovered Klimt art stars in Rome show 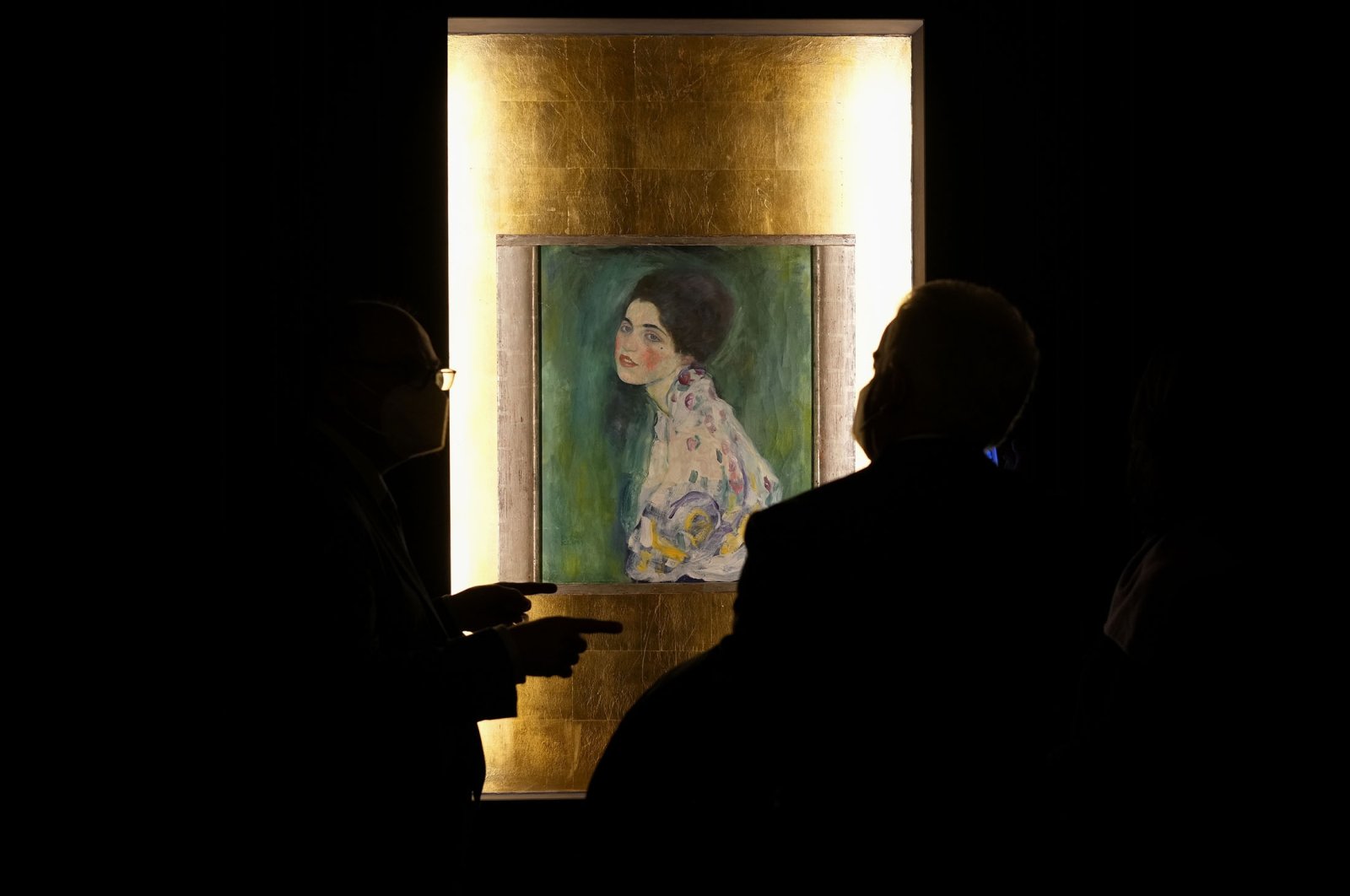 Intertwined with a most mysterious backstory, Gustav Klimt's "Portrait of a Lady," would be worthy of thrilling Hollywood thief, cold-case, detective flicks as it was stolen nearly a quarter-century ago from an Italian museum, only to turn up at the start of what would become the coronavirus pandemic.

Who stole the 1917 artwork and how it wound up stashed inside the museum's outer walls are still unknown. But the portrait of a young woman with a sensuous side glance will be part of a major exhibition about the work of the Austrian artist that opens in Rome on Wednesday.

Experts announced in January 2020 that a painting accidentally discovered the month before by a gardener clearing ivy from the outside walls of the Ricci Oddi Modern Art Gallery in Piacenza was indeed the Klimt that had disappeared from the gallery in 1997.

The portrait set against a dreamy, moss green background had been back on display for a matter of weeks when the museum in northern Italy had to close as part of Italy's first coronavirus lockdown. Only relatively few visitors, mainly from the Piacenza area, had been allowed the chance to admire it.

Now, the portrait is just one show stopper in the new exhibition, which previewed Tuesday, in the Museum of Rome's Palazzo Braschi. Also starring in the exhibition is the last, unfinished painting Klimt worked on before he died in 1918, "Portrait of a Lady in White."

A 34 meter by 2 meter (112 feet by 6.6 feet) frieze mounted on three walls of one of the palazzo's rooms is another dazzling piece. Klimt conceived the frieze, which features sinewy figures and glimmering sections, as a tribute to Ludwig van Beethoven and the composer's Symphony No. 9.

A few months ago, prosecutors officially closed their investigation into the theft of "Portrait of a Lady,'' with the statute of limitations on the crime having expired and the culprit or culprits never definitively determined.

"It's a true mystery," Jonathan Papamarenghi, the culture commissioner of Piacenza, said while attending Tuesday's preview. "Where it was all the time, including whether it was inside the walls the whole time," he told reporters.

The portrait was found, without its frame and wrapped in a black plastic trash bag, behind the lockless panel door of a compartment hollowed out of the Piacenza gallery's outer walls. During the years the painting was missing, all sorts of theories were launched about who might have snatched it. Mediums offered to help locate the work, and fake extortion attempts were reported.

The Rome exhibition, titled "Klimt. The Secession and Italy," portrays the artist as an influencer on Italian painters who were his contemporaries. It also explores Italy's influence on Klimt, as documented in postcards he sent from Venice, Padua and other locations.

In a 1903 postcard, he wrote about the Byzantine mosaics he marveled at in Ravenna, saying they showed "unheard of splendor." The dazzling colors and touches of gold in many of his works seem to draw inspiration from the Italian artists of centuries earlier.

While Klimt was celebrated as a painter straddling the 19th and 20th centuries, also on display are different media in which the artist worked. An 1897 poster designed by Klimt and depicting a naked Theseus, the Athenian hero battling the Greek mythological monster Minotaur, was censured by the Austrian authorities of the time, who decreed that the hero's genitals had to be hidden by a tree trunk.

The exhibition is enriched by some 30 drawings loaned by the Austria-based Klimt Foundation.

The sketches are considered preparatory studies for "The Bride," which Klimt started in 1917, months before he would suffer a stroke at age 55. He died a year later. In the exhibit, "The Bride" is the last painting on view. It features a blissfully sleeping bride and the sensual visions she presumably is having in her dreams.

The exhibition runs through March 27, 2022, then moves to Piacenza, where the show starting there on April 5, 2022, will be aptly called, "Klimt Found Again."