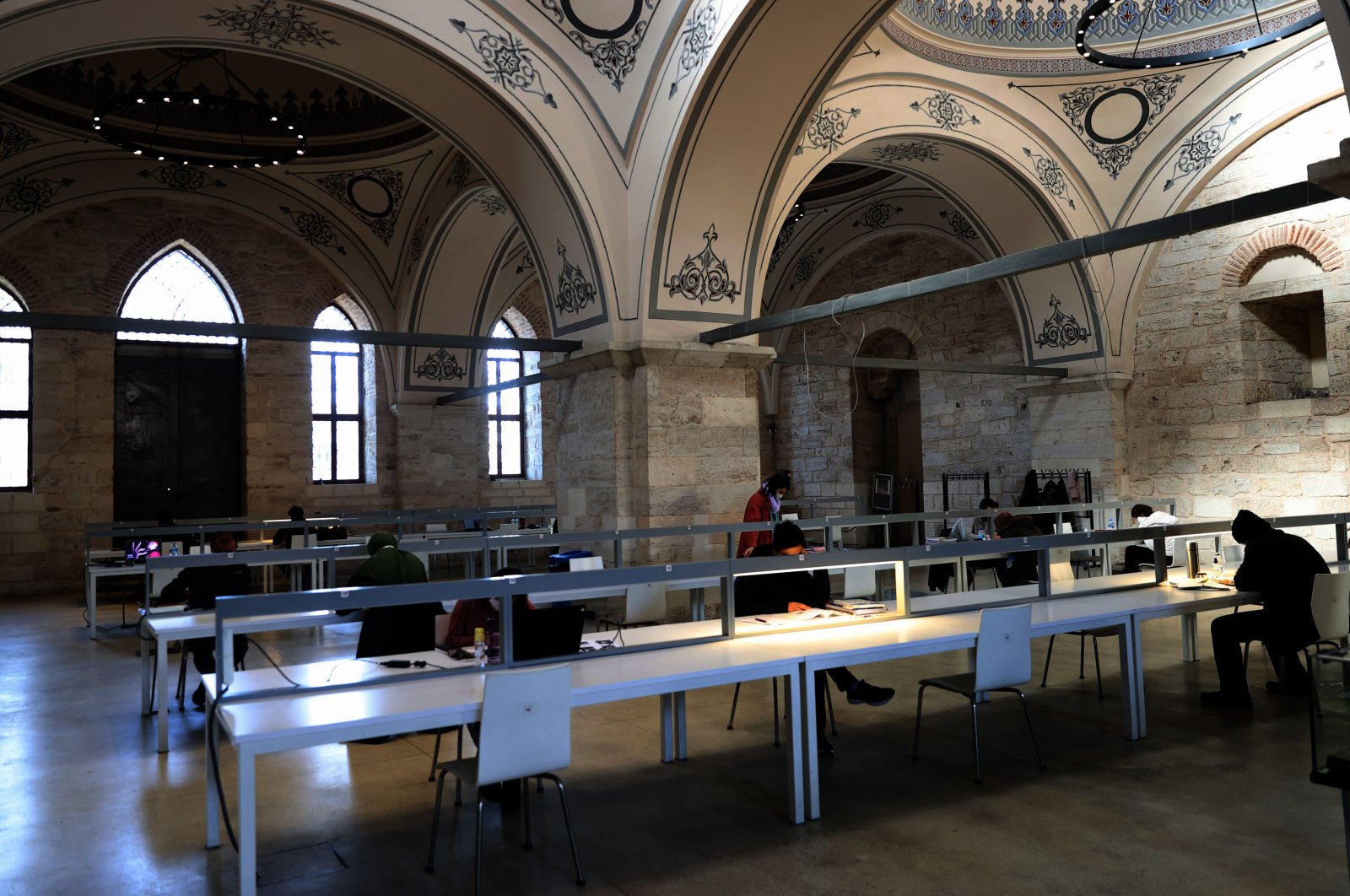 Istanbul’s Beyazıt State Library, which is the first national library opened by the state during the late Ottoman era, has prepared a project worth TL 3.5 million ($419,470) to transfer its rich resources to the digital environment. The library's acting director Ramazan Minder said the library's vast resources will be available digitally following the completion of the project.

Minder added that the library was open 24 hours a day, seven days a week before the coronavirus pandemic, after which its hours have been limited to between 10 a.m. and 4 p.m. on weekdays.

He said that due to the virus outbreak, they only hosted a fourth of the library's reading capacity of 160 people, adding that all necessary measures were being taken to prevent infections.

He also noted that the library was mostly visited by young people studying at university or preparing for the university entrance exam. "Our library's newspaper and magazine collection are particularly rich, with Ottoman Turkish newspapers and magazines. Local and foreign researchers who study these materials, university academics or people who work in this field frequently visit our library," he added.

Minder stated that one of the deficiencies of the library despite its rich resources is that it has not yet been fully digitized. “This year, we're preparing a large-scale project with the Istanbul Development Agency. When we completed the digitalization process and transferred resources to the computer environment, our readers will no longer need to come to the library, they will be able to reach us from the place they live,” he continued.

Beyazıt State Library is one of the most prominent libraries in Istanbul and the oldest public library in present-day Turkey. It was opened in Beyazıt Square on June 24, 1884, by a decree of Ottoman Sultan Abdulhamid II. Its original name, Kutuphane-i Umumi-i Osmani (Ottoman Public Library), was changed to Beyazıt State Library with the decision of the seventh National Education Council held in 1961, roughly 39 years after the dissolution of the Ottoman Empire.

Opening its doors with several volumes of historical annals known as "Naima Tarihi," penned by Ottoman historian Mustafa Naima, on its shelves, the library was filled in a short time with books transferred, purchased or donated from various places, including the nearby Beyazıt Mosque.

A 1934 law on compiling printed texts and pictures issued on the order of Turkey's founding father Mustafa Kemal Atatürk required one copy of all published materials in the country to be housed in the library. Due to a lack of space, the building was expanded in 1948 and again in 1953.

The library's readers swelled along with its collections, making it necessary to also expand its service areas as well. For this reason, a building of Istanbul University's Faculty of Dentistry built between 1867 and 1876 was given to the library in the late 1970s thanks to the efforts of Muzaffer Gökman, the library director at the time.

Beyazıt Library served as a trailblazer in its field in Tukey, opening the country's first bookbinding workshop as well as its first fully equipped children's library and spearheading the first modern library cataloging efforts.