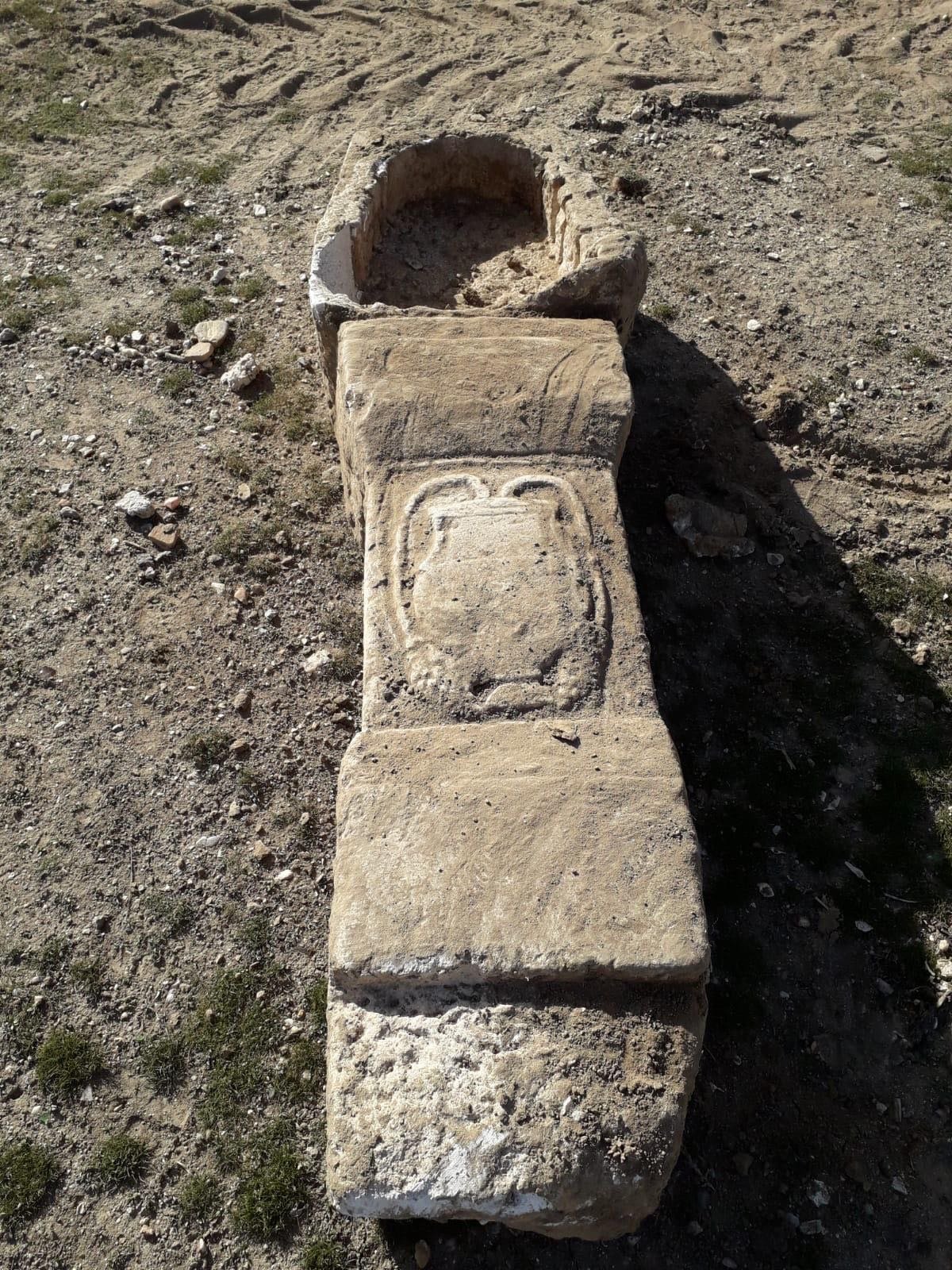 An engraving can be seen on the sarcophagus, which was discovered during excavations as part of a construction effort by the city municipality, in the Seyitgazi district of Eskişehir, northwestern Turkey, March 1, 2021. (AA Photo)
by DAILY SABAH WITH AA Mar 01, 2021 11:33 pm
RECOMMENDED

The marble sarcophagus, which is 1.5 meters (4.9 feet) tall and 33 centimeters (12.9 inches) wide, was found as the workers were excavating for a construction project in the Yazıdere neighborhood.

The district gendarmerie command immediately intervened and retrieved the sarcophagus as it was deemed a historical artifact, before being handed over to Eskişehir Museum officials for further analysis.

Eskişehir has been a rich home to several archaeological discoveries and sarcophagi over the years, as the city hosts several official archaeological excavation sites, rather than relying on happy accidents.

This has been the second exciting archaeological discovery made in the Seyitgazi district recently, as researchers had unearthed, a 5,000-year-old paint palette believed to be used for painting dishes in the Küllüoba settlement mound just last year.

Another curious cultural insight discovered at Küllüoba has been the diets of ancient people as Turkish archaeologists discovered in 2019 that ancient humans who lived in northwestern Turkey during the drought period in the Early Bronze Age 4,500 years ago consumed dog meat cooked in various ways.

Eskişehir will surely continue to offer more historical findings with the province being the home of the ancient Phrygia civilization, which existed in 800 B.C. and dominated central Anatolia from the Mediterranean Sea to the south and the Black Sea to the north, according to UNESCO.