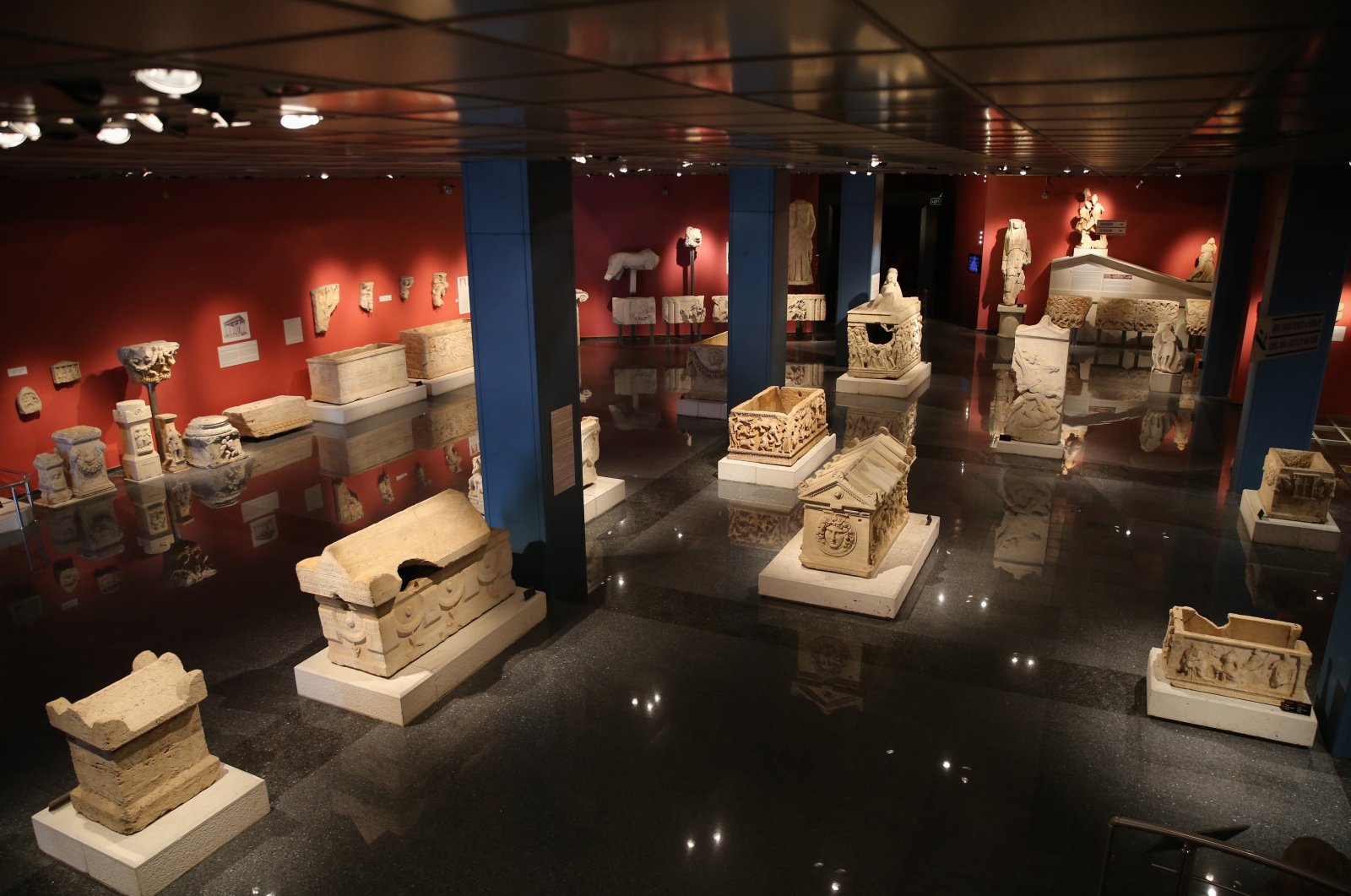 The archaeological museum in Turkey’s Mediterranean resort city of Antalya stands out with its treasures, sarcophagi and sculptures from various time periods. The Antalya Museum is among the most important archeological museums in the world, attracting the attention of tourists and shedding light on many periods, from the fossil ages to the Ottoman Empire.

Established in 1922 in Antalya’s historical Kaleiçi quarter, the museum was moved to the Konyaaltı district in 1972. The museum exhibits Ottoman and Seljuk period treasures, marble sarcophagi reflecting the archeology of the region, statues representing gods, emperors, empresses and mythological heroes belonging to the Roman period, as well as jewelry, glass, bronze and ceramic artifacts, and prehistoric finds from the Karain Cave.

The museum, where strict measures were taken due to the pandemic, takes visitors on a historical journey. In the museum, artifacts that were smuggled abroad through illegal excavations and brought back to the country as a result of the works of the Ministry of Culture and Tourism and Foreign Affairs, particularly draw attention. Among these works are the parts of a sarcophagus brought back from the Brooklyn Museum in New York City in 1995 and the Heracles Sarcophagus, brought back from Germany in 1998 and the 1679 coins named the Elmalı Treasure, which were found in Antalya’s Elmalı district and brought back from the United States in 1999.

Antalya Museum director Mustafa Demirel told Anadolu Agency (AA) that their museum has one of the largest sculpture collections in the world. Explaining that the sculptures and findings unearthed in the excavations in Perge Ancient City since 1946 are exhibited in the museum, Demirel stated that nearly 50 important sculptures were unearthed after 2012 in particular. Explaining that all the works are restored in the laboratory of the museum and prepared for display, Demirel said, “The Antalya Museum is a chronological museum. Visitors have the opportunity to examine works chronologically, from the fossils period to the Karain Cave, the earliest settlement in Anatolia, to the works of the Eastern Roman period and the Seljuk Empire."

Demirel emphasized that while the excavations in the region are continuing, efforts are also carried out to return artifacts that were smuggled abroad. As part of the latest work, it is hoped that some of the Sion Treasure, which is on display at the Dumbarton Oaks Museum in the U.S., will return to the Antalya Museum. The treasure, comprising silver church items from the sixth century B.C., was found in Korydalla Ancient City in Antalya’s Kumluca district in 1963.