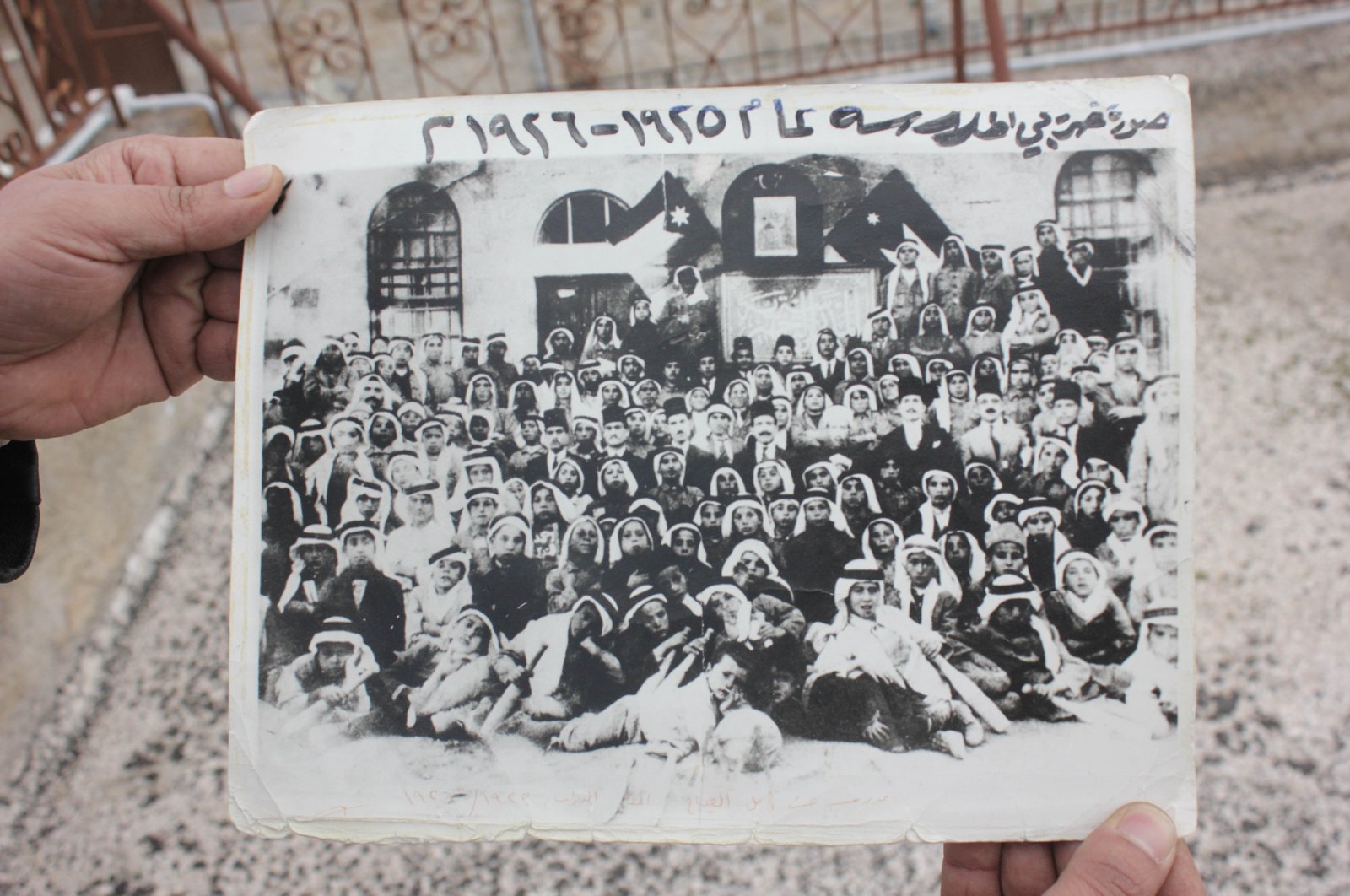 Named after Lebanese scholar Hassan Kamel Al-Sabbah in the modern-period, the Ottoman junior high school in Jordan is a well-established educational institution bearing traces of the empire

A junior high school that was established in the Irbid province of Jordan during the time of the Ottoman Empire still bears traces of the deep-rooted civilization as the glory of the historical structure has been preserved. The school, a “rüşdiye” school in Ottoman Turkish, still serves as a hub of knowledge and wisdom for the people of the city.

The historical school building was built by the Vilayet of Damascus’ Education Council in 1899 after correspondence between the Irbid people with officials of the Ottoman administration.

Visitors and tourists who come to the school see three couplets inscribed with Ottoman decorations in the school's library. The last of the couplets, which dates back to the early 1900s, reads: "We have had the opportunity to study and gather in this library because of our love and lofty passion for knowledge."

Later named after the Lebanese scholar Hassan Kamel Al-Sabbah by the Jordanian government, the historical school consists of six classrooms. At the entrance of the school, there is a section for preparatory classes for students who want to complete their education in Anbar as-Sultaniye school in Damascus, one of the most important schools of the period.

Speaking to Anadolu Agency (AA), Cengiz Eroğlu, Director of the Yunus Emre Institute (YEE) in Amman, said, "There are those who call the schools built in some Arab countries during the Ottoman period ‘rüşdiye.’ However, rüşdiye means maturity and rüşdiye schools were places where the middle school students were educated." Noting that the Ottomans began building the junior high schools during the reign of Sultan Abdülmecid (1839- 1861) and that they spread widely across the empire's Middle East geographies during the reign of Sultan Abdülhamid II (1876-1909). Eroğlu said: “According to the claims of some biased Arab historians, the Ottoman Empire was in a state of war with education, especially in the provinces of Damascus, including Jordan, Lebanon, Palestine and Syria. However, the empire always attached great importance to education. These kinds of schools here are definitely refuting all these baseless claims."

Zakariya al-Cevarine, the principal of the school, also told AA that the school's names changed over the periods. According to him, during the Ottoman period it was known as “rüşdiye” between 1900 and 1925, and it was written “tajhiziya” in the first Jordanian Constitution announced in 1928. This name remained the same until 1942. Stating that the school, which is considered a part of the city's historical heritage, was turned into Irbid Girls 'High School between 1942 and 1958, and continued to serve as Hassan Kamel Al-Sabbah Boys' High School from 1958, Cevarine said, "When the school was first established, there were six classes. The capacity of the school was expanded in 1927 to include a kindergarten, six normal classes and four preparatory classes.”

Irbid Director of Education Saleh al-Omari added: "The junior high school is one of the most prominent educational institutions not only in Irbid but also throughout Jordan." He noted that many students who graduated from the school went on to become important figures and statespeople for Jordan. "The traveler Laurence Oliphant, who came to Jordan in 1878, mentions the secondary school in his work and points out that there is a special interest in education in the region."

The Jordan Director of National Education temporarily closed the school this year for maintenance and restoration work but students will be able to return to the historical school after the work is complete.