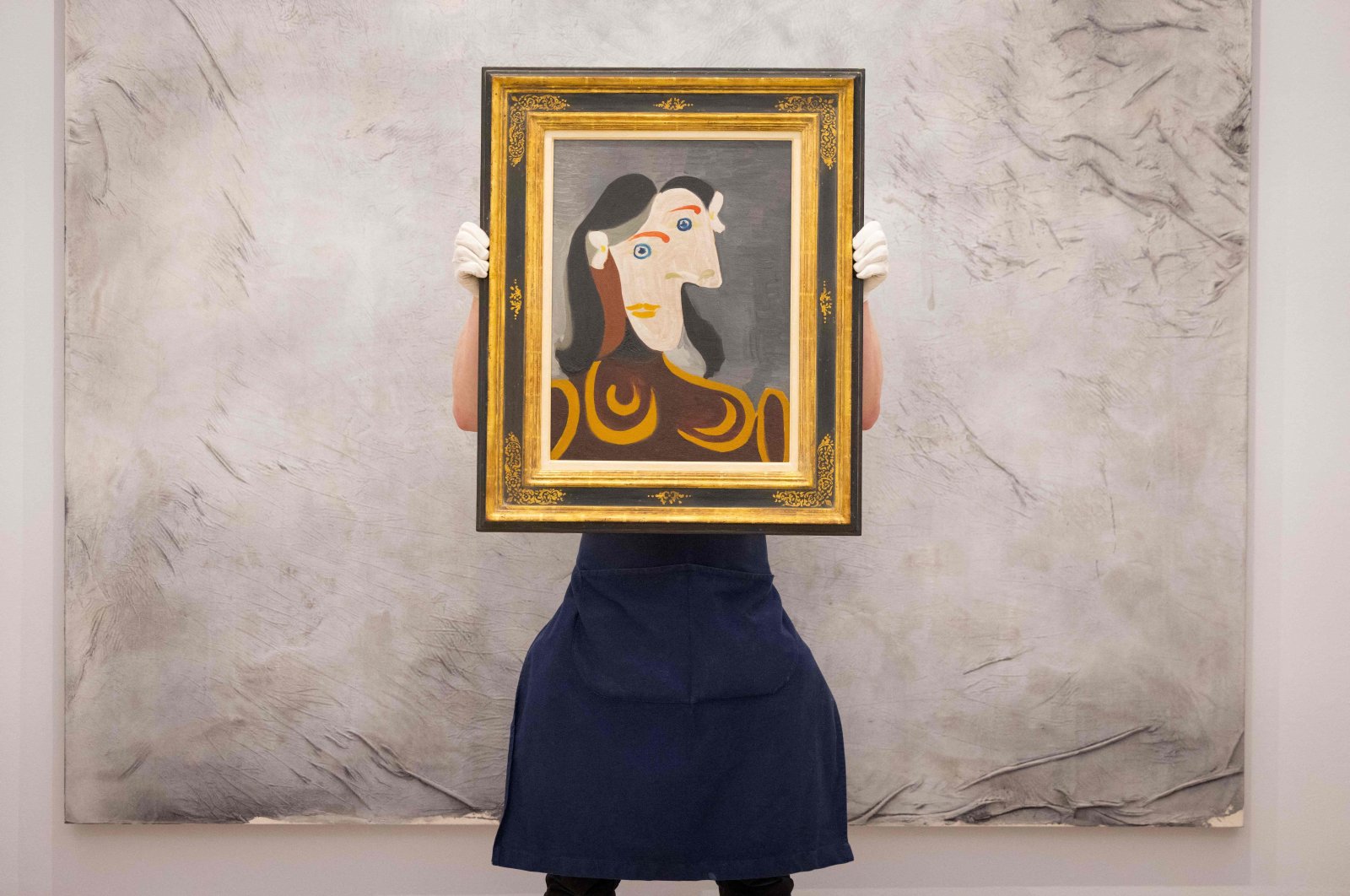 A gallery worker poses with an artwork entitled "Buste de femme a la robe brune" (Bust of a woman in a brown dress) by Spanish painter Pablo Picasso during a photocall at Sotheby’s auction house in central London, U.K., June 22, 2021. (Tolga Akmen via AFP)
by Associated Press Jul 02, 2021 10:35 pm
RECOMMENDED

You should check under your cupboards and rummage through your attic just in case, as you never know what might be stored away in there. You might even find a delicate piece of artwork that was produced by the world-famous Pablo Picasso.

Such was the case of a person in the U.S. state of Maine, and a mixed-media painting attributed to Pablo Picasso has been sold after spending 50 years in a closet in the seller's house.

John McInnis Auctioneers, based in Massachusetts, confirmed that the painting entitled "Le Tricorne" sold on Saturday, the Boston Globe reported.

The 16 x 16 inch (40 x 40 centimeter) painting is signed and dated in the year 1919. It is believed to be a study for the stage curtain Picasso painted for a ballet of the same name that debuted that year in London, according to the New-York Historical Society. That curtain has been on display at the historical society in New York City since 2015.

The website liveauctioneers.com reported the sale price of the painting was $150,000, plus a 24% buyer's premium.

Neither the buyer nor the seller was named, but the seller gave a statement on the website saying the painting was found in a closet of a home his father inherited from a female relative who studied art in Europe in the 1920s.

"This painting was discovered in a house owned by my great aunt which was passed down to her from her uncle in the late 1930s," the statement reads. "There were several paintings kept in a closet for 50 years (including this example) which were left by her at the time of the passing of the house to my father and now to me."

The buyer will have at least 120 days to authenticate the painting with The Claude Picasso Administration, which is managed by the artist's son.