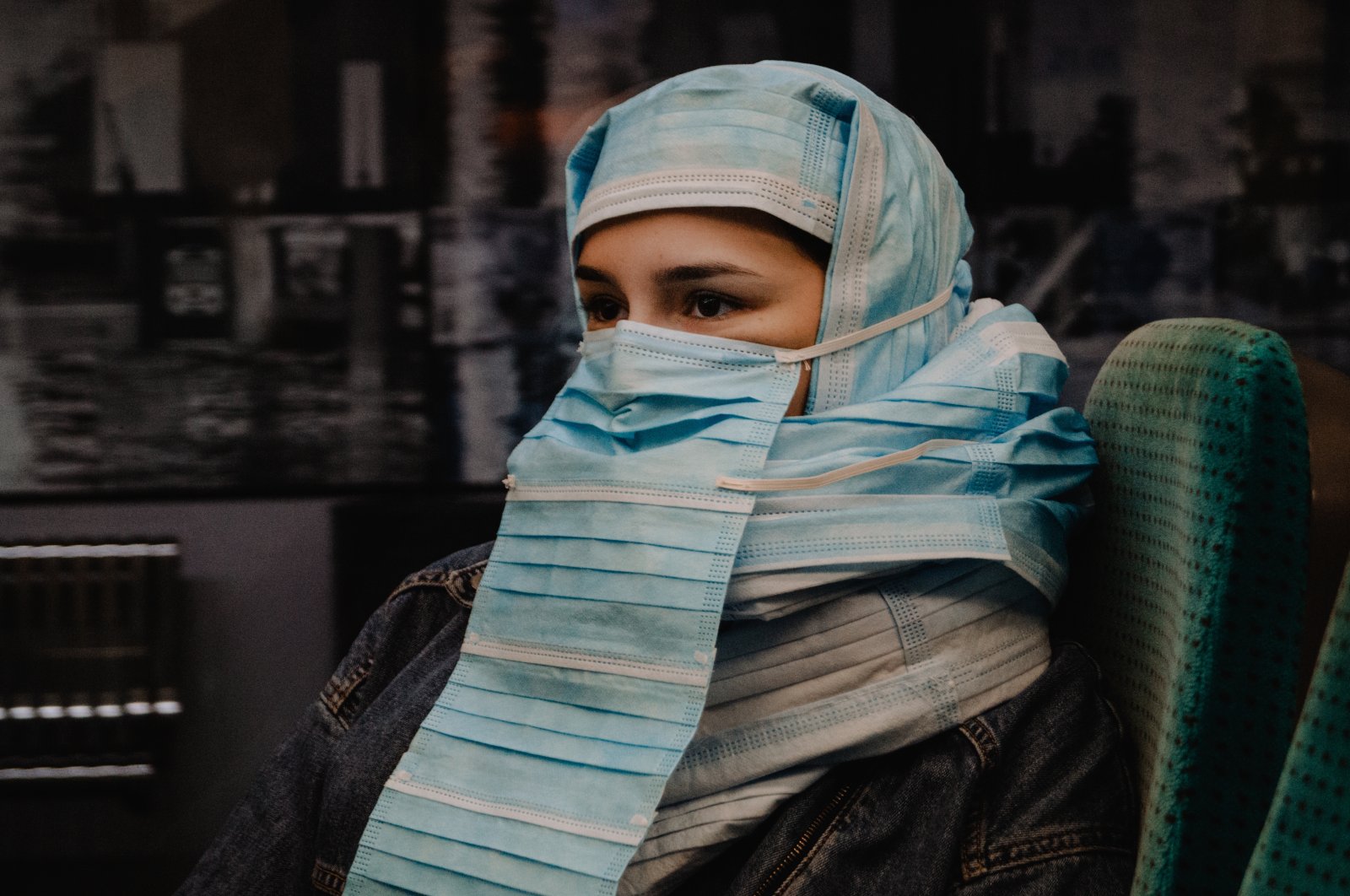 Turkish artist Ersem Erçil, who lives in the Netherlands, protested the country's ban on burqas and veils, using face masks, which became an important part of our life during the pandemic period. Fashioning a burqa from the masks, the artist dressed a statue of Themis, a symbol of justice, in the burqa.

Erçil, who works as an art director at an ad agency in Amsterdam, is protesting the ban with a project called "Legal Burka,” made up of several surgical masks sewn together. Speaking to Anadolu Agency (AA), the artist said he designed the banned burqa with the mandatory masks, explaining that he wanted people to question the existence of the ban even amid the obligation to wear masks.

"This is a work of resistance combining the material of the necessary in the silhouette of the forbidden," he said. Erçil said he dressed a statue of Themis in the burqa made of masks to point a finger at injustice and discrimination.

The ban on the burqa amounts to "racism by law," he said, adding that it was crucial to fight racism and discrimination on a global scale.

Erçil also prepared a guidebook explaining how to make burqas and veils from a mask.

The ban on the burqa in the Netherlands came into effect in August 2019. According to the law, those who wear clothes that cover their face in certain public areas are to be fined 150 euros ($176). The most recent ban on the burqa also came from Switzerland. A far-right proposal to ban facial coverings in the country won a narrow victory in a binding referendum at the beginning of March.