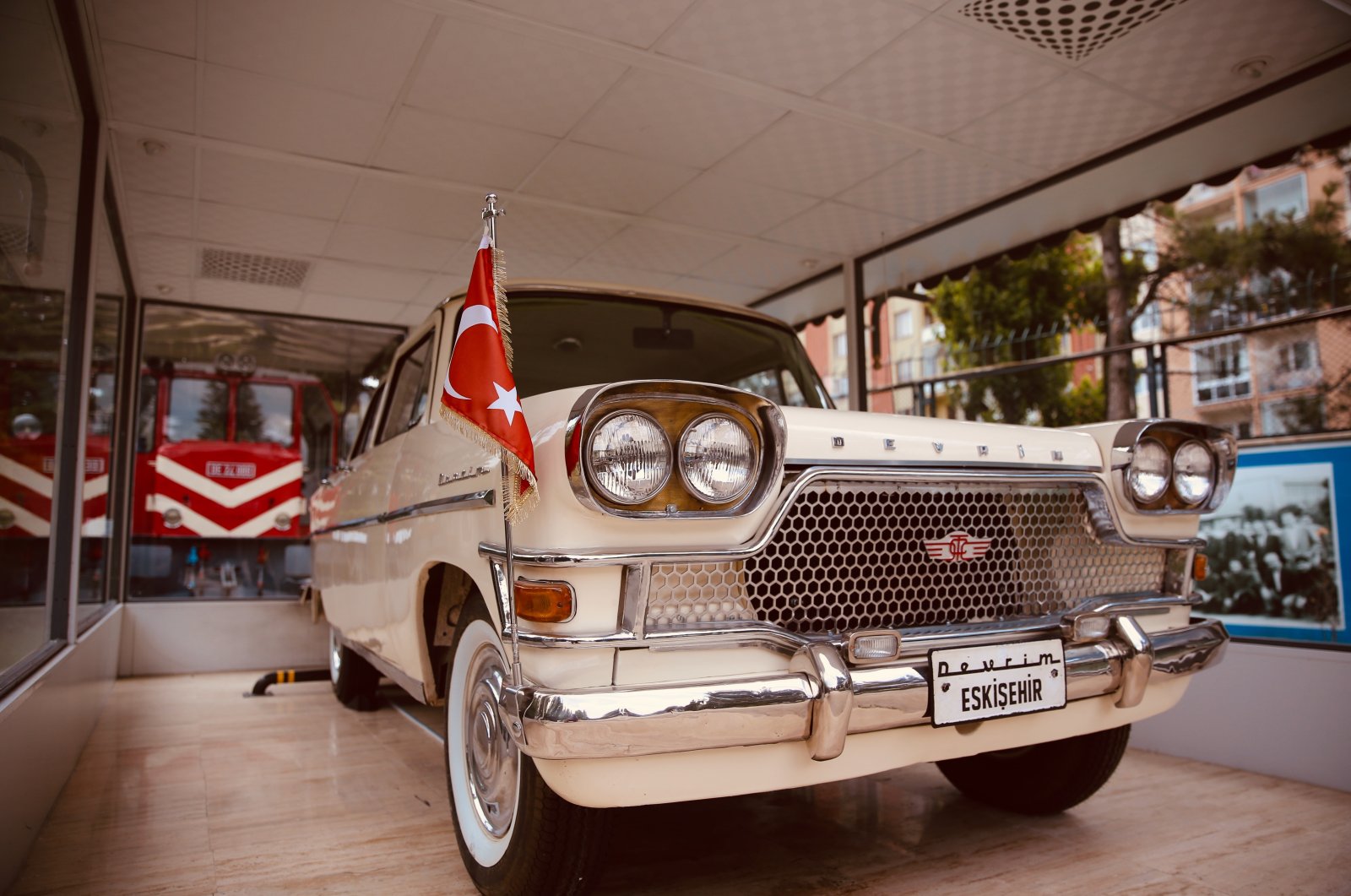 A museum in Turkey's central Eskişehir province dedicated to the first domestically produced car "Devrim" (Revolution) has begun to welcome back visitors during the normalization process after having been closed three months prior as part of the coronavirus pandemic measures.

Located on the campus of the Turkish Rail System Utilities Industry Company (TÜRASAŞ), the museum has been visited by nearly 355,000 enthusiasts to date since the very first day of Devrim’s exhibition on March 3, 2018.

Ümran Koçaker, one of the visitors to the museum, told Anadolu Agency (AA) that she came from the central province of Konya. Stating that they wanted to see Devrim on their Eskişehir tour, Koçaker said, "Every time I see this car or read or watch its story, I get extremely emotional."

People visiting the museum must observe the mask, hygiene and social distancing rules.

In 1961, approximately 200 Turkish engineers and workers produced four cars under difficult conditions at the Eskişehir Railway Factories with the instruction of then-President Cemal Gürsel.

These vehicles were named "Devrim," the Turkish word for “revolution,” by Gürsel. Two of them were taken to the capital, Ankara. They would be demonstrated during the Republic Day celebrations on October 29, 1961. However, the schedule for the preparation of the cars was so tight that even the polishing paint of the black car was completed en route on the train.

Furthermore, the cars were transported without gasoline in their tanks, in line with the safety precautions of the time. They only had enough fuel for maneuvering. During the Republic Day ceremonies, Gürsel got into the black car to go to Anıtkabir, the mausoleum of the founder of modern Turkey, Mustafa Kemal Atatürk. Unfortunately, the car had not been refueled yet. After 100 meters (330 feet), the car stopped.

The Devrim automobiles were never mass-produced, and only one of the four Devrim cars manufactured under the domestic automobile project has reached the present time in a working state. The increase in visitor numbers for this car, which was exhibited in the showcase section prepared at TÜRASAŞ facilities for years, led to the opening of a museum. After comprehensive maintenance of Devrim that took nearly a year, the Revolutionary Cars Museum was opened to visitors on March 3, 2018.

Along with the Devrim car, the museum also displays many tools used for the construction of the car, such as the welding engine, drill and lathe and the camera with which the construction stages were taken. A limestone model of the car and the photos of its studies are also presented to visitors.