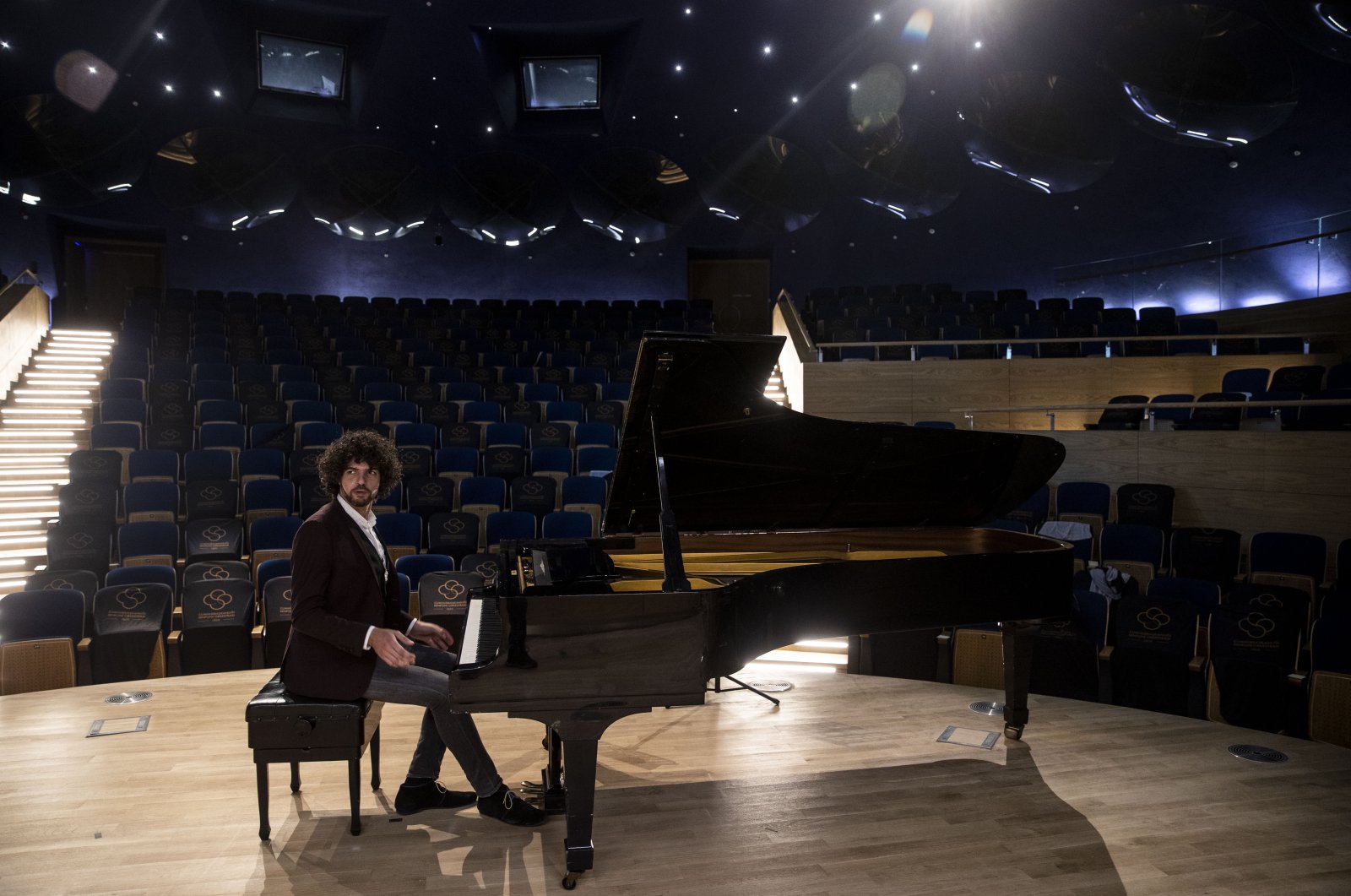 World-famous French pianist Simon Ghraichy opened the concert season of the Presidential Symphony Orchestra (CSO) with an exclusive concert at the orchestra’s new hall CSO ADA ANKARA on Tuesday. Speaking to Anadolu Agency (AA), the gifted musician expressed his admiration for the renovated concert complex in the Turkish capital.

"When I visited the concert complex, I felt like a little child opening his toy, his Christmas gift. Everything smells new. This is such a privilege for me to be playing in such a beautiful place," Ghraichy told AA.

He also expressed his happiness to be invited back to Turkey, where he performed a concert three years ago.

"I feel loved because if they invited me again to play to the Turkish people, it means they had liked very much my first tour and are very happy about it and excited to share again my music with all these nice audiences here," he added.

Ghraichy performed many works, especially those of Hungarian composer Franz Liszt, in his concert.

Speaking about the impact of COVID-19 restrictions on the music industry, he said: "It was a very difficult time for all the artists, and I suffered myself like many other of my fellow colleagues. And we had to occupy our time differently because we were not able to do our jobs, which is playing our instruments for real people on the stage."

Touching on how he utilized his time during the restrictions, he said: "In the meantime, when we could not do any concerts, I wrote a book, and it was an introspection for me."

“For almost one year, I wrote about the situation today of the culture in the world in general and in my own country, France. So I did not suffer that much because I had my time occupied differently," he added.

After the inauguration of CSO's new building by Turkish President Recep Tayyip Erdoğan in Ankara, the hall opened its doors to art lovers in late 2020.

The campus has restaurants, a museum, and open-air spaces, making the building a meeting place for art and culture lovers.

The hall is located in the heart of the city with a view of the historical Ankara Castle and Anıtkabir, the mausoleum of Mustafa Kemal Atatürk, the founder of the Turkish Republic.

While the minimalist design language is enriched with the coherent support of wood, glass, and concrete, the consultancy for acoustics was provided by professor Wolfgang Fasold in association with the Fraunhofer Institute for Building Physics, according to CSO's website.