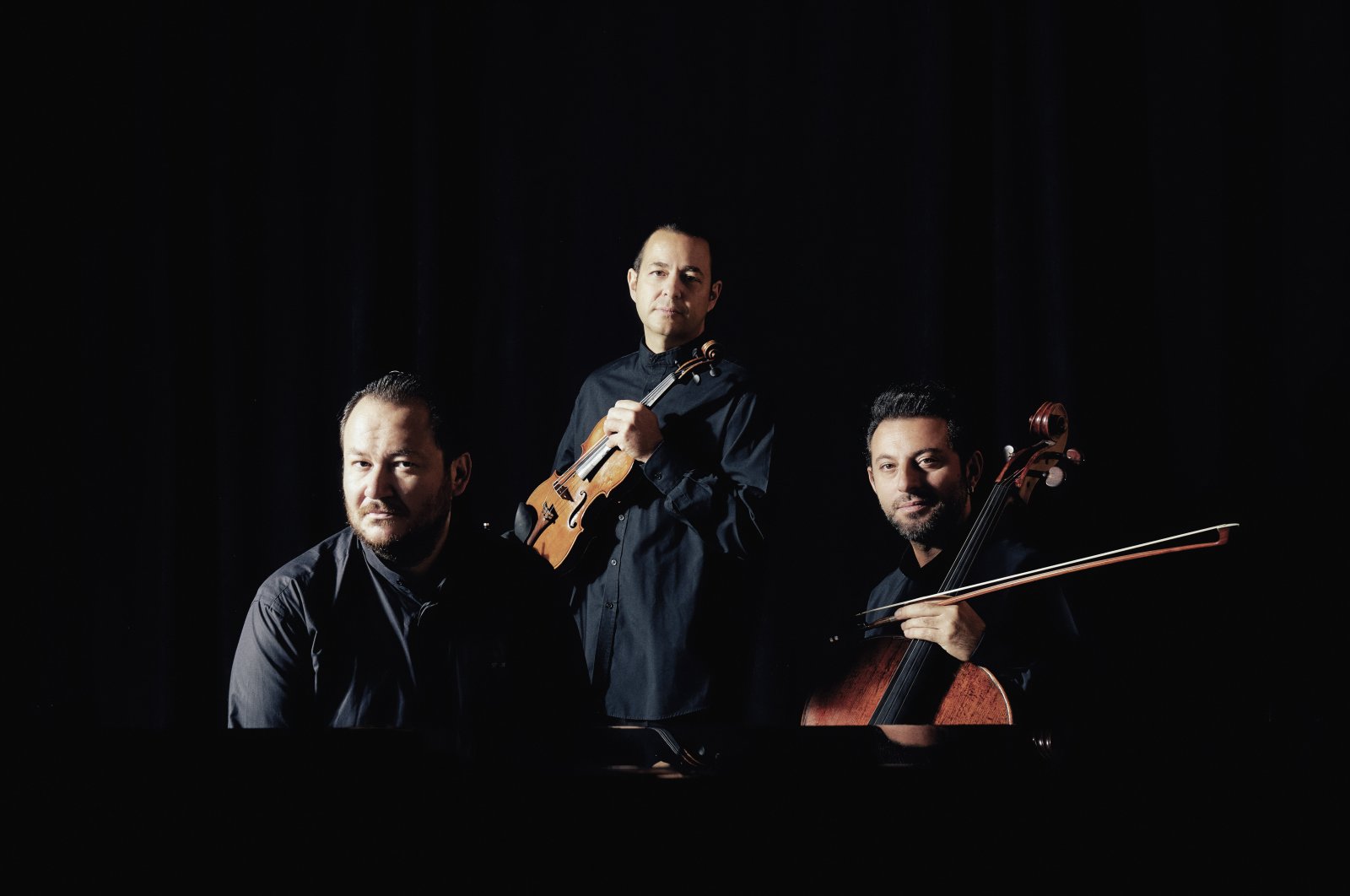 The Cemal Reşit Rey (CRR) Concert Hall in Istanbul's Harbiye neighborhood is continuing its online concerts series on its official YouTube channel in January due to the global pandemic.

Named after the esteemed 20th-century Turkish composer and conductor Cemal Reşit Rey, who was one of the five pioneers of Western classical music in Turkey, the hall features a diverse list of performers that will offer colorful experiences to music lovers all around the world in its latest online concert series. While all of the events will premiere on CRR's official YouTube channel on their scheduled days at 8 p.m., they will remain available for viewing for an additional week.

The fasıl classical Ottoman music suite is to be revived from oblivion through a traditional performance. Magnificent singers and saz players will reintroduce fasıl to modern audiences with the "Meydan Faslı" concert on Jan. 22.

The performance will include a chorus of singers consisting of Bekir Ünlüataer, Çiğdem Yarkın, Gül Yazıcı, Hamdi Demircioğlu and Ilhan Yazıcı and feature Kemal Caba on the violin, Sezgin Sezer on the qanun, Tanju Erol on the clarinet, Gürcan Yaman on the lute, Nağme Yarkın on the kemenche, Çağlar Kırömeroğlu on the cello and Ferruh Yarkın on percussion instruments to spice up the rhythm.

Pianist Kandemir Basmacıoğlu, who has infused a passionate musicality and a unique intellectual concern, will meet listeners with his “Miniatures” concert on the CRR Concert Hall's YouTube channel on Jan. 24. Basmacıoğlu has described his event as an ensemble of miniature works by history's leading composers, who wrote some small pieces consisting of a few pages or even just a few lines alongside their great symphonies and sonatas.

The concert will include works from a diverse list of composers from different periods and regions including Ludwig van Beethoven, Claude Debussy and Hasan Ferid Alnar, and will tell the historical journey of the miniature music form.

Wolfgang Amadeus Mozart's incredible but short 35-year life was filled with amazing achievements and they will be celebrated on Jan. 27, the 265th anniversary of his birth. CRR Concert Hall aims to bring the artist's sense of humor and his satirist identity to the forefront with works from the early and late stages of his musical career under the baton of maestro Cem Mansur.

Mozart's “Galimathias Musicum,” which he wrote when he was only 9 years of age, translated as "Musical Gibberish" by CRR, and his “Ein musikalischer Spaß” (“A Musical Joke”), which breaks down and satirizes an artist's lack of ideas, clumsiness and incompetence, are the cherries on top of the beautiful pie that CRR's Youth Orchestra has prepared for this concert.

Trio Hexis, which consists of Gökhan Aybulus on the piano, Erkin Onay on the violin and Çağ Erçağ on the violoncello, will bring domestic and foreign classics to CRR Concert Hall's virtual stage on Jan. 28. The band has been a breath of fresh air for Turkey's chamber music tradition, which is a form of classical music composed for a small group of instruments.

The trio will perform Turkish composer Ilhan Baran's 1975 work "Dönüşümler" (“Transformations”), one of the most frequently performed works on the international stage that combines the characteristic properties of Turkish folk music with impressionistic colors. They will also interpret the “Piano Trio No. 1 Op. 8” by Johannes Brahms, who was one of the most influential composers of the German Romantic movement during the second half of the 19th century.

Traditional kemençe player Derya Türkan and tambur player Özer Özel will unite for the first time on Jan. 29, for the project titled "HIÇ." The duo will introduce a wide range of tunes and songs from the Ottoman court and Anatolian folk music and will welcome audiences with a unique repertoire.