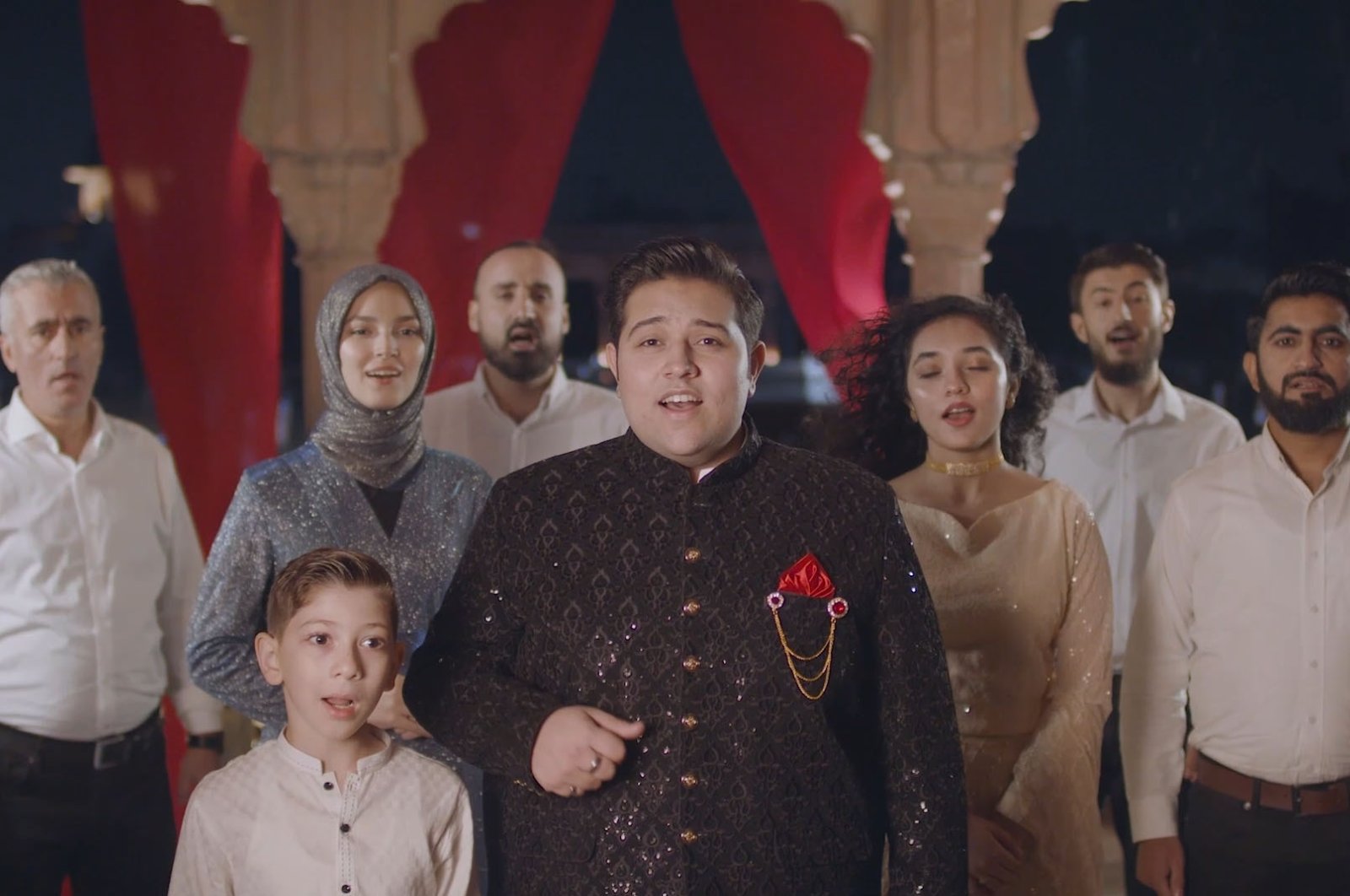 A still shot from the national anthem performance of Turkish and Pakistani citizens.
by Anadolu Agency Oct 28, 2021 3:00 pm
RECOMMENDED

Uniting under the leadership of the musical artist Rüstem Fateh Ali Khan in Lahore, Pakistan, Turkish and Pakistani citizens performed the Turkish national anthem together on the occasion of the country’s Republic Day.

The Republic Day commemorates Oct. 29, 1923, when the Turkish Parliament amended the constitution to change the system of government to a republic. It concluded the four-year independence war against several countries, including World War I allies Great Britain, France, Italy and Greece, and officially marked the end of the Ottoman Empire. Turkey's founder Mustafa Kemal Atatürk was elected as the first president of the Republic. The day has been celebrated since 1925.

The national anthem performance for the 98th anniversary of Republic Day includes Pakistani employees, students from Yunus Emre Institute (YEE) and Turks living in Lahore. The filming of the work was completed in about a month.

Speaking to Anadolu Agency (AA), Khan recalled that they had been working on it for about a month and said, "This interpretation of the Turkish national anthem, as a sign of the long-term friendship between the two sister countries, is a gift from Pakistan to Turkish citizens on the occasion of Oct. 29 Republic Day. "

Emphasizing that he and his family love Turkey very much, Khan noted that Turkey-Pakistan ties have roots in history. Stating that his ancestors had been interested in music for about 300 years and that there were classical music artists among his grandfathers, he emphasized that he also plays classical music.

Pointing out that they wanted to do something because they love Turkey so much, Khan said, "I sponsored the whole project. We didn't get any help from anyone. The whole composition was made with Pakistani instruments and Pakistani style singing."

Furkan Urfalıoğlu, one of the Turkish students who sang the national anthem, emphasized that this initiative undertaken by a Pakistani artist holds great significance and said, "We are also very happy to be able to participate in this work and contribute to the friendly ties between the two countries."