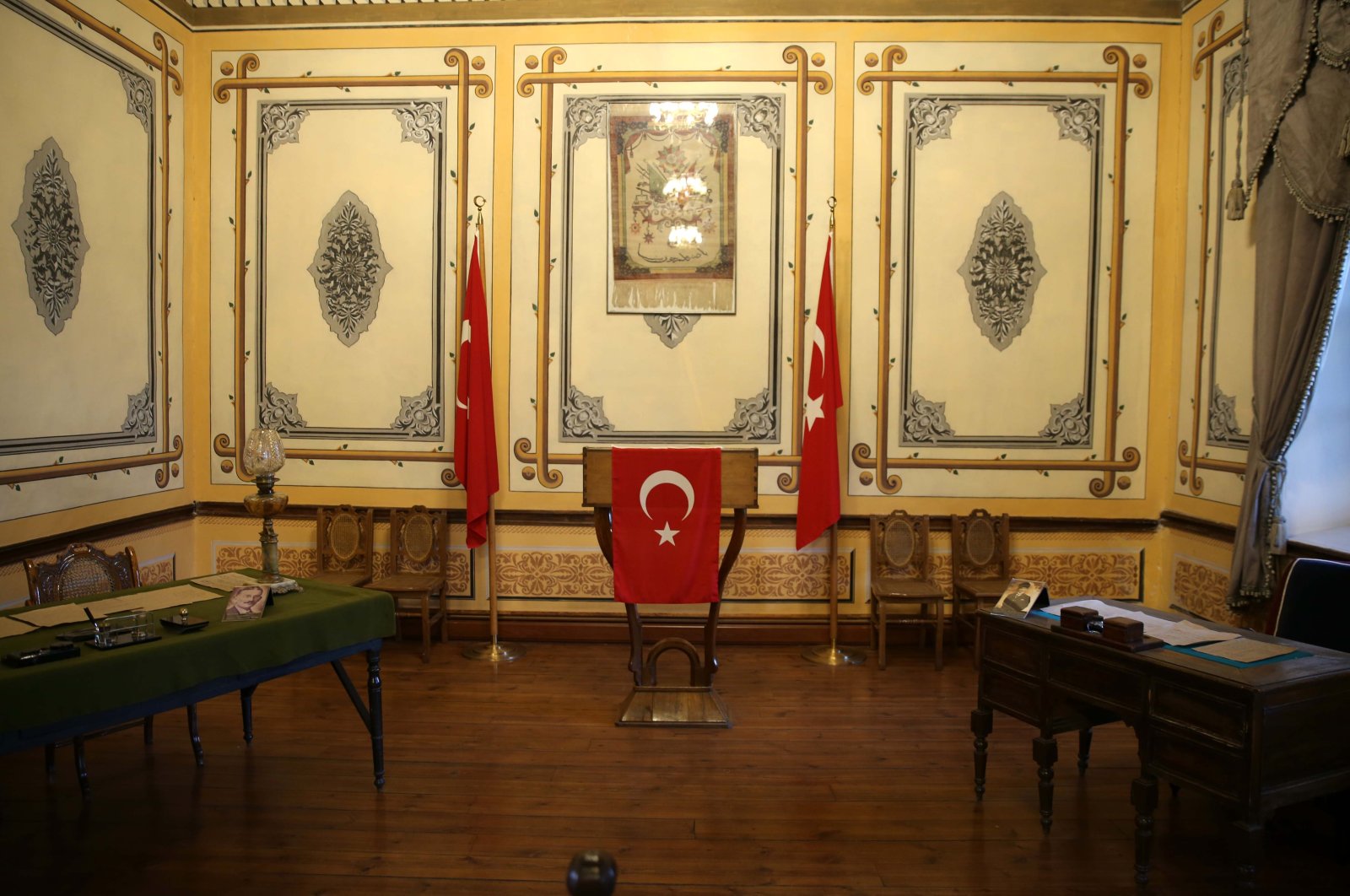 The Bandırma Ship Museum in the Black Sea province of Samsun, where the founding father of the Republic of Turkey, Mustafa Kemal Atatürk, initiated the country's War of Independence (1919-1923), and buildings that hosted important congresses during the war that have been turned into museums in Turkey's central Sivas and eastern Erzurum provinces, all offer a glimpse into Turkey’s history.

May 19 is a milestone in Turkish history, as it was the day when Atatürk arrived in the Black Sea city of Samsun from Istanbul in 1919 to launch the war that transformed the nation into modern Turkey four years later. The War of Independence was fought from May 1919 to July 1922 against Greece, Armenia, France, the United Kingdom and Italy after parts of the Ottoman Empire were occupied by Allied forces following the end of World War I.

The Bandırma Ship Museum was built based on the original structure of the Ottoman freighter SS Bandırma, which was "the greatest witness" of the War of Independence. Atatürk set off from Istanbul with his comrades in arms and set foot in Samsun on May 19, 1919, after a journey on this freighter. The ship museum, located in the 35,000-square-meter (nearly 38,000-square-foot) open-air Museum of the War of Independence in Samsun, was opened to visitors in 2005 and showcases 189 artifacts, including the personal belongings of Atatürk. A total of 60 photographs of Atatürk, a wall clock made in the 1870s and a telephone, ruler, compasses, tables and chairs are among the objects exhibited in the museum. Atatürk's service revolver, texts in his own handwriting and his clothes are also on display.

A cabin of the ship museum features a bedroom belonging to Atatürk, which is similar to the one in Istanbul’s Dolmabahçe Palace, which he used as his Presidential Residence after the foundation of the Turkish Republic. In the same section, the wax statues of Atatürk and his comrades draw great attention. The historical clock in the cabin is frozen at 8 a.m., the time Atatürk first arrived in Samsun.

In the open-air section of the Museum of the War of Independence, there are 19 flags and 19 torches representing Atatürk and his 18 comrades in arms next to the National Struggle Monument.

The building which hosted the Erzurum Congress, in which the foundation of the Republic of Turkey was laid between July 23 and Aug. 4 in 1919, is another witness to history.

The structure was originally used for educational and administrative activities. A hall in the building, which was repaired after a fire in late 1924, was opened to visitors in 1960 as the Atatürk and Erzurum Congress Museum.

The building, which also hosts the Erzurum Painting, Sculpture and Gallery Directorate, was transferred to the Ministry of Culture and Tourism after restoration work was carried out by the Turkish Grand National Assembly between 2011 and 2013.

One of three museums in Turkey granted painting and sculpture gallery status, the museum offers an opportunity for students to experience the historic environment and receive education at the same time.

The office of Atatürk and tables with the names of 56 delegates from Trabzon, Erzurum, Sivas, Bitlis and Van provinces who attended the Erzurum Congress are in the museum. The portraits of the delegates can be seen on the walls and a sample of Atatürk's identity card is also on exhibit at the entrance of the museum.

The "National Struggle Headquarters" in Sivas also takes visitors on a journey to the past. The historic building, which was used as the National Struggle Headquarters for 108 days by Atatürk and his comrades, and also hosted the Sivas Congress from Sept. 4 to Sept. 11 in 1919, was later transformed into the Atatürk and Sivas Congress Museum. In this congress, the founders of the Republic of Turkey devised plans for the country's independence fight and its future. Carrying traces of the past to the present, the museum is still well-preserved and stands as it during the days of the congress.

Built as a school on the orders of then-governor of Sivas Memduh Pasha on Oct. 5, 1892, the building is one of the finest examples of 19th century Ottoman-era civil architecture. For this historic structure, Atatürk said that "We laid the foundation of the Republic here." Atatürk's study, resting quarters and the historic congress hall in the historical building reflect the past through their authenticity.