Paul McCartney recalls story of his songs with new book 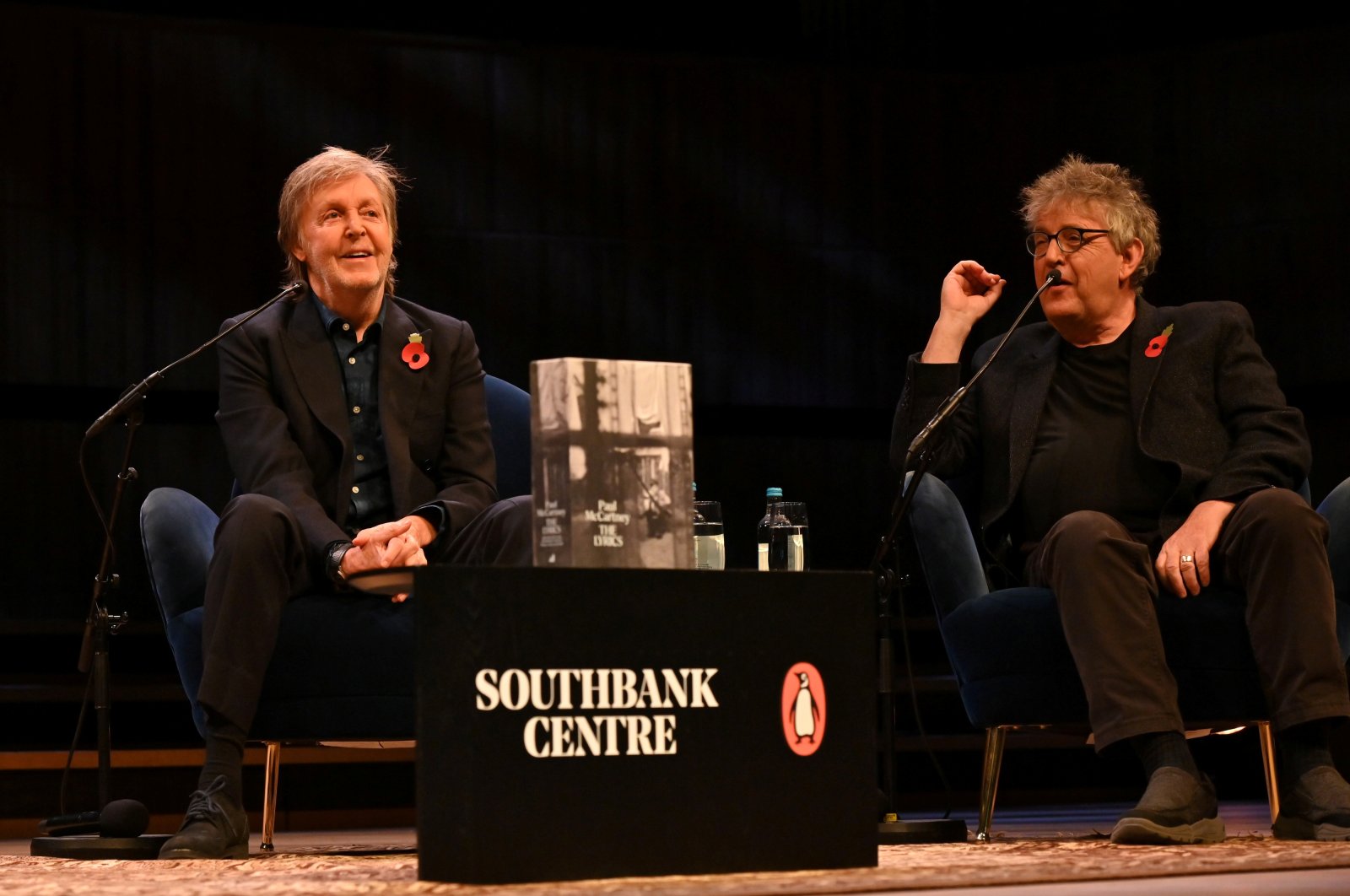 The highly anticipated book by Paul McCartney, who gained worldwide fame as co-lead vocalist, co-songwriter and bassist for the Beatles, finally arrived on the shelves. In "The Lyrics: 1956 to the Present," described as a “self-portrait in 154 songs," McCartney looks back on his career and tells how he wrote some of the world's most famous songs with diverse examples from looking for inspiration on the bus to finding titles in dreams.

The book spans McCartney's eight decades of songwriting – as a teenager, a member of the Beatles, his time with rock band Wings and as a successful solo artist. Released this week, the two-tome set is arranged alphabetically, with lyrics to songs like "Hey Jude," "A Hard Day's Night" and "Penny Lane" accompanied by their inspiration.

"Once I've finished a song, then you release it to the world so I don't worry what happens to it," McCartney said on Friday at an event to discuss the book. "I've come to terms with the fact that not everyone is going to get it like the meaning I had, they're going to put their own meanings on it and I think you have to accept that," he explained.

Both late Beatle John Lennon, with whom McCartney wrote songs, and his first wife Linda McCartney, who died in 1998, feature heavily in the book. "It was always great to work with John from the very first time ... We just developed a way of working with each other and trusting each other that grew and grew," he said. "We grew up together. It was like walking up a staircase and we both went side by side ... It is great to just realize how much I loved this man," he said.

Considered one of the greatest songwriters of all time, McCartney penned his first composition, "I Lost My Little Girl," as a 14-year-old after his mother died in 1956.

Years later, it was a dream of her comforting him that inspired the title for "Let It Be." "She was just sort of saintly ... just saying to me 'it's going to be OK, just let it be,'" he said. "It was very warming to have that dream, I felt great when I woke from it and then thought that's a great title."

The book recalls his hometown Liverpool and inspiring family members. Edited by poet Paul Muldoon, it is also filled with pictures, handwritten drafts and letters.

McCartney recently said it was Lennon who had instigated the world's most famous group to split in 1970, not him. "The biggest misconception at the end of the Beatles was that I'd broken the Beatles up and I lived with that for quite a while," he said.

Asked about the price of fame, McCartney, 79, said: "Your privacy ... I had to cope with what (fame) brought. That's still what I'm still doing, coping."