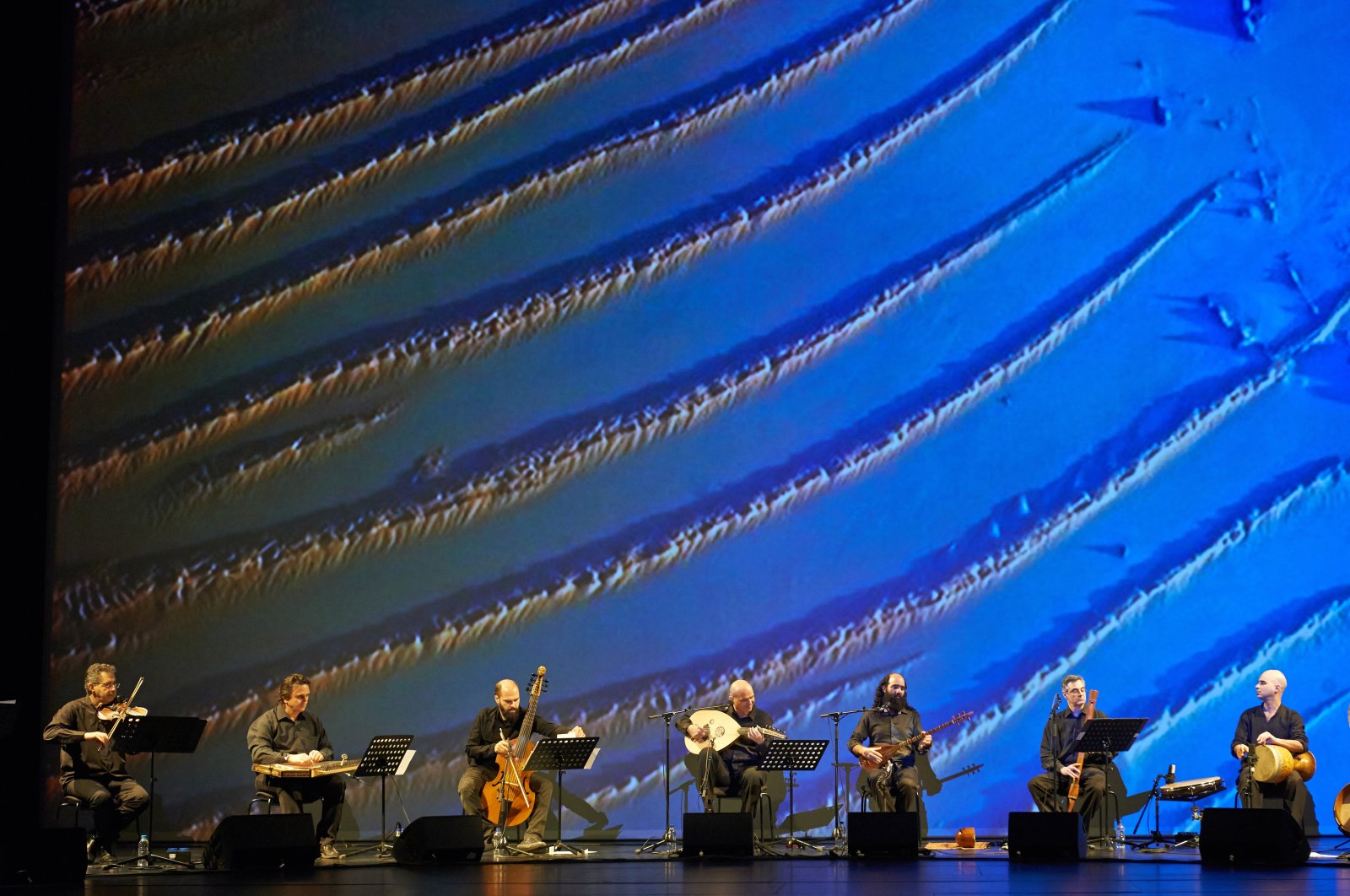 The En Chordais and Constantinople ensembles will perform in the "Musical Journeys of Marco Polo." (Courtesy of CRR Concert Hall)
by DAILY SABAH Oct 19, 2021 5:10 pm
RECOMMENDED

Two magical concerts will take listeners on a musical journey in the footsteps of explorers Marco Polo and Ibn Battuta on Oct. 21 and Oct. 26, respectively, at Cemal Reşit Rey (CRR) Concert Hall in Istanbul.

En Chordais and Constantinople, important ensembles of the Mediterranean music tradition, have prepared a musical journey inspired by the medieval book “Le Livre des Merveilles,” known as the “Travels of Marco Polo,” for the first concert. In this journey prepared for the memory of the Venetian explorer, an interdisciplinary performance consisting of new musical works, historical and visual materials wait for listeners.

Marco Polo passed through many geographies and met different peoples and cultures. The works in the "Musical Journeys of Marco Polo" concert at CRR are born from his journey, the lands he passed and the music culture on those lands. In a sense, the question "what would his works be like if Marco Polo were a composer?" is answered in the event.

In the program, the background consisting of historical maps of the Silk Road in different languages, historical writings and calligraphy complement the music performed on the stage. Besides, engravings, landscape images and historical manuscripts in various languages will be combined with original compositions by Kyriakos Kalaitzidis.

CRR will host the Catalan musician Jordi Savall, known as the narrator of ancient music, in the second concert. Savall will tell the story of another traveler, Ibn Battuta, who traveled much further around the world than Marco Polo. Considered the greatest traveler of all time, Ibn Battuta's journey, which started when he was 21, continued for more than 30 years. He traveled all over the world within the known limits of his time and wrote the travel book called “Rıhletü Ibn Battuta” (“Travels of Ibn Battuta”).

While guest musicians from the cultures that Ibn Battuta visited during his journey will accompany Savall during the concert, listeners will discover the richness of musical heritage.