The beat of the Rolling Stones Charlie Watts dies aged 80 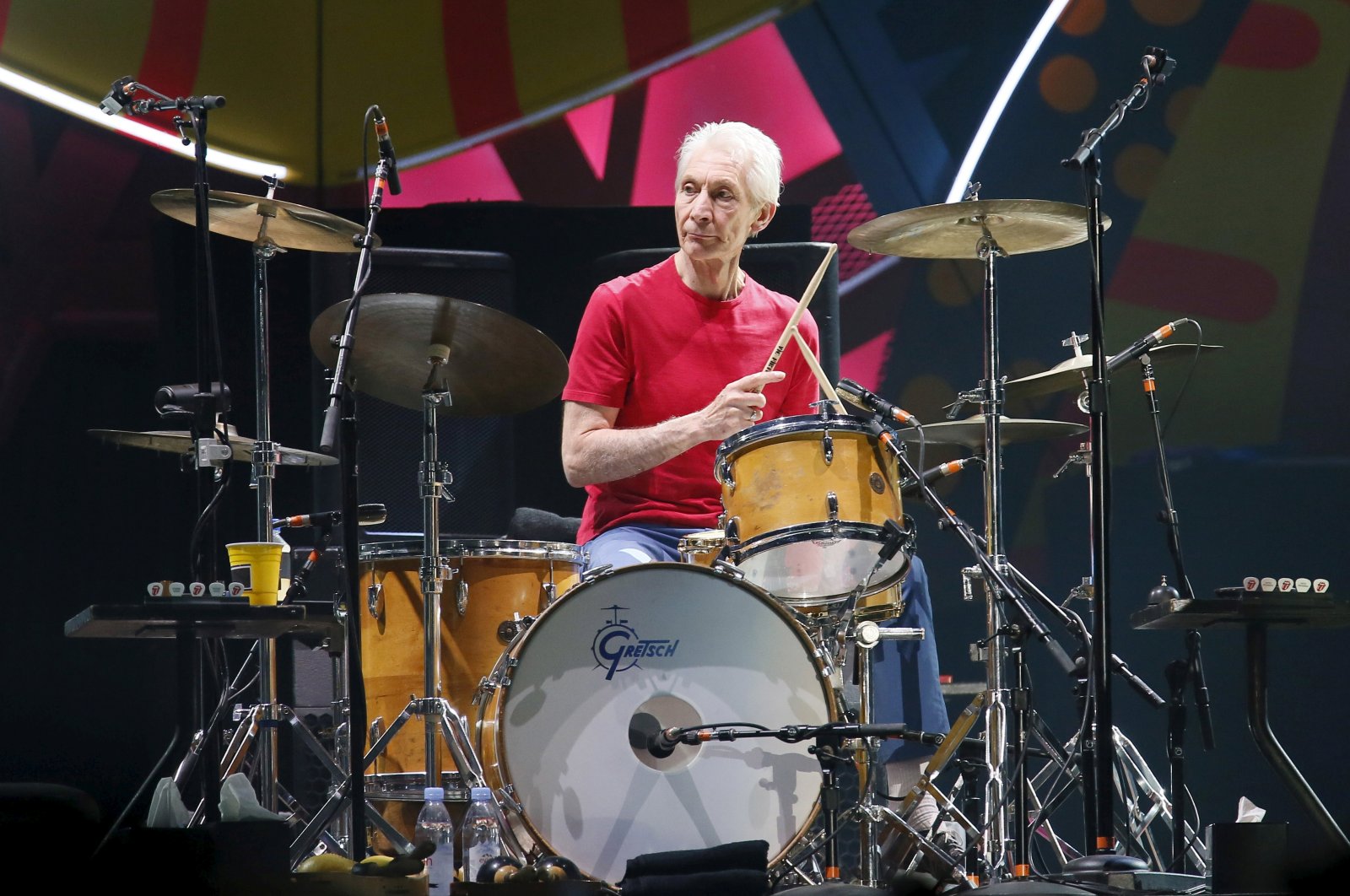 The quiet man of the scandal-riddled Rolling Stones, British drummer Charlie Robert Watts, died Tuesday aged 80, keeping the beat for the legendary rock group in his own steady style.

Watts' deadpan expression and metronomic rhythms formed an integral part of the band's classic performances, counterbalancing the onstage energy and charisma of singer Mick Jagger and the goofing about between guitarists Keith Richards and Ronnie Wood.

While the other members became known for what the United Kingdom's Daily Mirror newspaper described as "marriage breakups, addiction, arrests and furious bust-ups," Watts lived quietly with his wife of more than 50 years, Shirley Shepherd, on a stud farm in the remote Devon countryside.

"Through five decades of chaos, drummer Watts has been the calm at the center of the Rolling Stones storm, on and offstage," the Mirror wrote in 2012.

He was treated in the 1980s for alcohol and heroin abuse but said he had successfully come off them.

"It was very short for me. I just stopped, it didn't suit me at all," he told the tabloid.

Trashing hotel rooms and sleeping with groupies was not for Watts.

"I've never filled the stereotype of the rock star," he told Rolling Stone magazine in 1994. "Back in the 70s, Bill Wyman and I decided to grow beards and the effort left us exhausted."

Born on June 2, 1941 in London, Watts discovered jazz around the age of 10, with the likes of Jelly Roll Morton and Charlie Parker.

Exploring drumming as a boy, he converted an old banjo that had a skin covering into a snare drum, according to the Rolling Stones' official website.

But he had no formal training and learned by watching great jazz drummers in London clubs, it says.

After studying art, he found a job as a graphic designer and played with a variety of jazz bands in the evenings before joining the Rolling Stones in 1963.

Throughout his career with the Stones, Watts actively kept up his love of jazz, as leader of a jazz quintet and tentet, and a 32-piece band called the Charlie Watts Orchestra.

No fear of breakup

As the Rolling Stones aged, Watts was blase about the prospects of the band splitting.

"To say this is the last show wouldn't be a particularly sad moment, not to me anyway. I'll just carry on as I was yesterday or today," he told New Musical Express (NME) in a 2018 interview, as the septuagenarian band prepared another tour.

Watts openly admitted that he often thought of leaving the group.

"I used to leave at the end of every tour. We'd do six months work in America and I'd say, 'That's it, I'm going home'.

"Two weeks later, you're fidgeting and your wife says: 'Why don't you go back to work? You're a nightmare.'"

He was named the 12th greatest drummer of all time by Rolling Stone in 2016.

Ten years earlier, Modern Drummer magazine voted him into the Modern Drummer Hall of Fame, alongside other notables such as The Beatles' Ringo Starr and Keith Moon of The Who.

Watts had a brush with throat cancer in 2004, making a full recovery.

He pulled out of the Stones' pandemic-postponed U.S. tour, scheduled for September 2021, as he recovered from a medical procedure.

"For once my timing has been a little off," he said. "I am working hard to get fully fit but I have today accepted on the advice of experts that this will take a while."

The band was last seen at the "One World: Together At Home" concert in April 2020, performing a socially distanced rendition of their 1969 classic "You Can't Always Get What You Want."