On artistic taste of Anatolian civilizations with Alev Ebüzziya 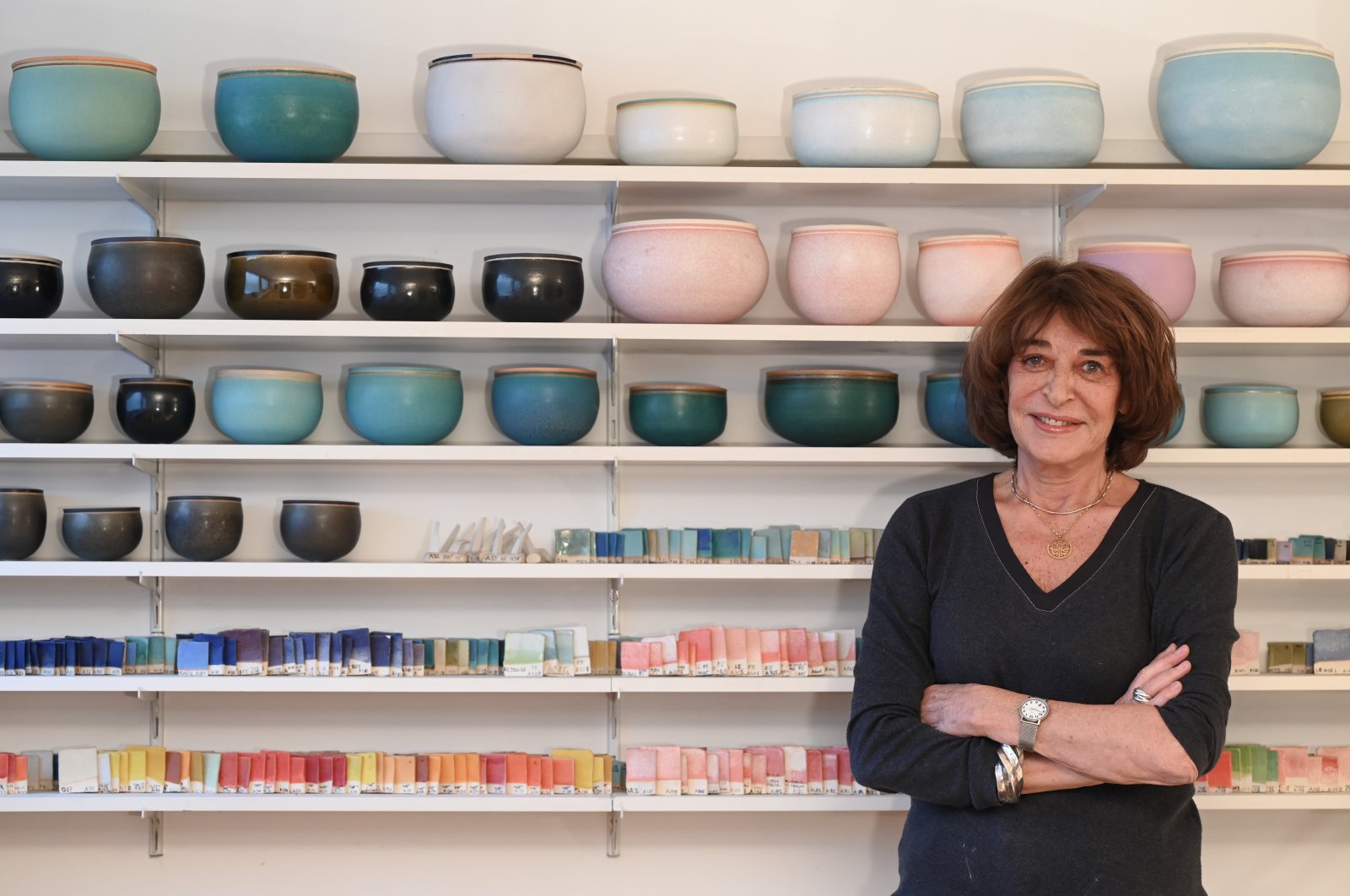 Ceramic artist Alev Ebüzziya, who is known for both her small vessels and the innovative techniques with which they are produced, is a cultural treasure for Turkey. She is the first female Turkish ceramic artist to achieve international fame through her groundbreaking techniques. The Turkish-born potter was recently deemed worthy of the 2021 Presidential Culture and Art Grand Award in the field of visual arts thanks to her significant contributions to elevating the culture and arts of Turkey and outstanding talent with her works.

Speaking to Anadolu Agency (AA), Ebüzziya told the story of her journey in ceramic arts as well as her feelings on earning a presidential award. The artist comes from a notable Turkish family; the Ebüzziyas have raised many artists, journalists and publishers. Noting that her father and grandfather made great contributions to Turkish journalism, Ebüzzziya said: “We always hosted interesting, intellectual people in our house. Therefore, I have learned much from my family and their entourage and enjoyed my childhood a lot.”

Raised in such a highbrow environment, Ebüzziya initially wanted to be a sculpture. She graduated from high school in the United Kingdom in 1955, one year before she enrolled at the department of sculpture at the State Fine Arts Academy in Istanbul, which today is Mimar Sinan Fine Arts University (MSGSÜ). However, her goal was to be a student of great Turkish sculptor Ilhan Koman. When Koman did not teach at the academy, she decided to produce ceramics.

According to Ebüzziya, she did not deliberatively follow a career in ceramics. She first attended the Füreya Koral ceramic workshop and later visited Germany in 1958. She continued her education at the Höhr-Grenzhausen factory, where she studied the synthesis of ceramic clay. It was 1960 when she returned to Istanbul and worked at the Eczacıbaşı Art Studio. Ebüzziya said she enjoyed her time while working at art studios and workshops in Istanbul. However, she moved to Denmark at the end of 1962, thinking she could not progress in the ceramic fields here.

In Denmark, she began working at Royal Copenhagen, Denmark’s royal porcelain factory. She founded her personal studio in Copenhagen in 1969 and debuted her first solo exhibition in 1971 in the city’s Galerie Birkdam.

Some evaluate the work of Ebüziyya as “timeless bowls” as the minimalist artist’s works generally look like ancient artifacts rather than modern works of art. The artist also said: “The reason for this ‘timeless’ label is not that I do not work around a certain theme or give certain names to my productions. It is because of the perception that the viewers have when they examine my work.” The artist glazes her pottery with saturated pigments and garnishes them with delicate details. Along with this simple and satisfying design, the perfection of shape adds a timeless quality to her works.

Reiterating that producing ceramics is one of the oldest occupations in human history, Ebüzziya said that she has been sustaining pottery production for 60 years. According to the artist, the blend of her Turkish roots and her education in Denmark is the core element of her artwork. “If I wasn't a Turk and did not go to Denmark, I wouldn't be able to do what I do today. Thanks to Turkish culture, I reflected a taste of Anatolian civilizations in my works. My work has a traditional side, which makes it unique and different from other artists’ productions. I was also able to find a way to reflect all my experiences in another language with what I learned in Denmark.”

Ebüzziya defined the process of the adventure of a bowl from the beginning until it meets art lovers as "a lot of fear and doubt." The artist can produce a maximum of 30-35 works in a year as forming clay takes at least five to six hours and the drying process also takes a long time.

The artist’s works are included in the royal family palace collections of England and Denmark. It is actually no surprise that she has previously received countless accolades such as the Chevalier de l'Ordre des Arts et des Lettres (Order of the Arts and the Letters) in France and the Knight of Dannebrogordenen in Denmark for her work. About her latest Presidential 2021 Culture and Art Grand Prize from Turkey, Ebüziyya said: “Some 10 years after the first two accolades from France and Denmark, it is an honor to have such an award from Turkey. As a Turkish artist, I am grateful to have three important awards from three countries.”

Ebüzziya settled in Paris and continues her art there. Noting she, as an artist, aims to do better than her previous works in every production, Ebüziyya said that she hopes her next exhibition will be better than the previous one. The artist will open her upcoming exhibition in the British capital London in May.