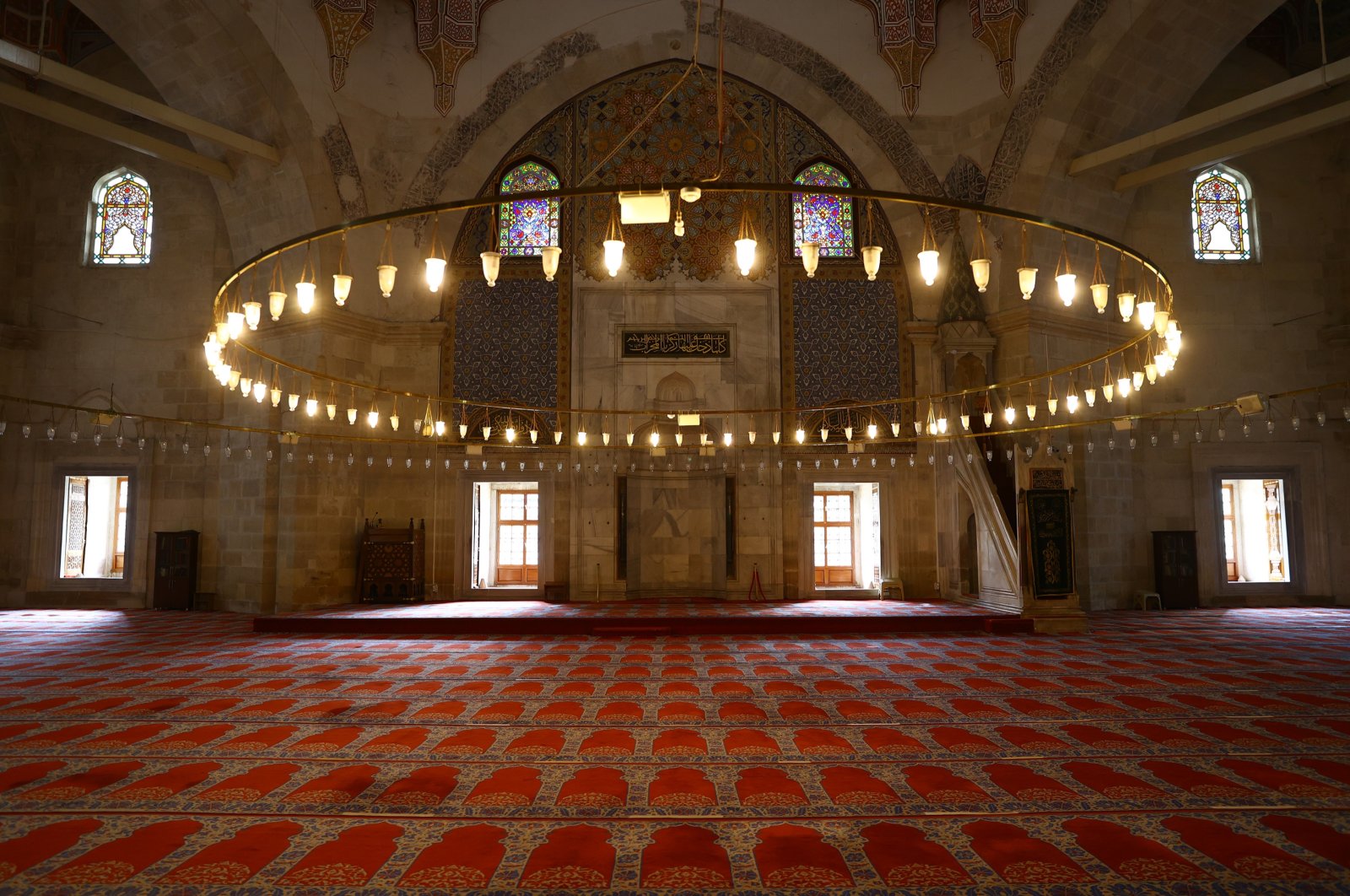 Turkey's northwestern province of Edirne is one of the few cities in Turkey where visitors can witness almost all six centuries of the Ottoman Empire through its unique architectural works. One of the most magnificent of these is the Üç Şerefeli Mosque, or the Mosque with Three Balconies, with its original structure and beautiful minarets.

The mosque, which is named after one of its unusual minarets that has three balconies, was built by the Ottoman sultan Murat II between the years 1433 and 1447.

It attracts the attention of visitors thanks to its courtyard filled with fountains and surrounded by porticos from four directions.

The authenticity of its doors, added to the fact that each minaret is adorned with different decorations, stand as some of the earliest, and most perfect, examples of Ottoman art and architecture.

Gülgün Yılmaz, associate professor at the Trakya University's department of art history and also the head of the department of Turkish-Islamic arts, said that the historic structure and its fountains with porticos was a source of inspiration for the famous 16th-century Ottoman architect Mimar Sinan, whose works include Istanbul's famed Süleymaniye and Edirne's dazzling Selimiye mosques.

Yılmaz said that Mimar Sinan built the Beşiktaş Sinan Pasha Mosque in 1555 with the inspiration he drew from this very site. About 20 years later, he built Selimiye, his masterpiece, opposite the Üç Şerefeli Mosque, the magnificent dome of which had left quite an impression on Sinan, Yılmaz added.

Yılmaz pointed out that the mosque was famous for its historical doors as much as its uniquely shaped minarets. He said there were three gates to the courtyard of the mosque on the west, north and south sides.

"The doors of the mosque are uniquely beautiful. As the saying goes: 'The calligraphy of the Old Mosque, the door of the Üç Şerefeli, the structure of Selimiye ... ' The doors referred to in that saying are the elegant and spectacular western courtyard door and the main entrance door which opens to the sanctuary," Yılmaz said.

"The marble courtyard door evokes joy and liveliness with its columned corners and alternating red and white palmettes at its pointed arch. Meanwhile, the north and east gates are relatively simpler and plain."

Yılmaz noted that the most spectacular of all the gates was the main entrance to the mosque itself, which in addition to the Quran verses and Hadith plates that adorn it, preserves its magnificence six centuries later.